To commemorate the 122nd anniversary of Lao She’s birth, the play “Niu Tianci” debuts in Quanzhou 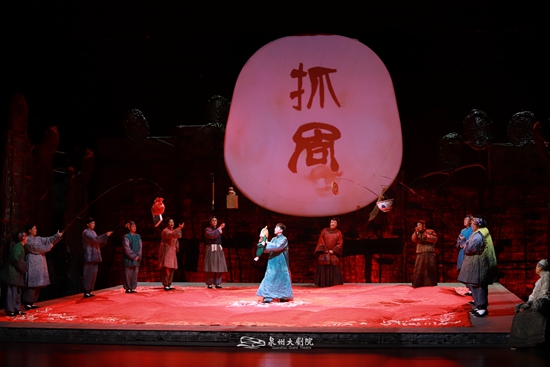 Southeast.com, June 7 (Reporter Xie Yumei, Correspondent Lin Yihan) On June 5-6, to commemorate the 122nd anniversary of Lao She’s birth, the play “Niu Tianci” directed by Fang Xu was staged at the Quanzhou Grand Theater, bringing together the lifelike little characters written by Lao She , Leaped from the paper to the stage, presented to the public in a brand-new form, leading the audience to experience a baptism of growth.

As a well-known “literary master” in Chinese and foreign literary circles, Lao She has always been known for his unique humorous style. “The Biography of Niu Tianci” is one of Lao She’s masterpieces that have become more familiar with his style. It is also a work he devoted to children’s education. It tells the staggering growth of a “little youth of the Republic of China” who is neither “official” nor “decent”. history. Lao She uses humorous and delicate brushstrokes to reveal all the joys, sorrows, sorrows and joys of a child’s growth. At the same time, from a child’s perspective, it provides readers with an opportunity to re-observe and examine the adult world.

The play “Niu Tianci” continues the director Fang Xu’s consistent “freehand” dramatic style. On the basis of respecting the text, it reinterprets Lao She’s work from a contemporary perspective, and has made bold attempts in stage beauty, costumes, and music. Create a new impression of Lao She from a modern aesthetic point of view, creating a contemporary drama that is full of minimalist aesthetics, but also rich in imagination and interest. It is worth mentioning that in this creation, Fang Xu also tried for the first time to incorporate the “human-puppet combination” performance method into the actor’s performance and stage vision, thereby constructing a dual performance space of external image and internal feeling. It also explored new possibilities for the application of “Ou” on the theater stage.

The drama “Niu Tianci” won the title of annual drama and annual best stage performance in 2021 “One Drama Awards”.

The rarefied audience of news and the credibility of journalism