TV series “The World”: the artistic writing of the people’s epic jqknews

In the first month of the Renyin year, a new content has been added to the family reunion of ordinary people – watching the TV series “The World”. This is adapted from Liang Xiaosheng’s “Mao Dun Literature Award” winning novel of the same name. Li Lu directed and served as the chief producer, Wang Hailing, Wang Dayou screenwriters, Lei Jiayin, Xin Baiqing, Song Jia, Yin Tao and other powerful actors participated in the reality work on CCTV 1. After the set and iQiyi were broadcast, they won a win-win situation in ratings and word-of-mouth. The work is based on the life of a family surnamed Zhou living in a capital city in the Northeast, and depicts the ups and downs of life experienced by ordinary people in the past 50 years, as well as the earth-shaking changes that have taken place in Chinese society from multiple angles, multiple directions, and multiple levels. A strong lineup of main creators, excellent artistic quality, and profound theme conception have made this work out of the circle quickly, and the attention and praise have risen from wave to wave. Up to now, the average viewership rate of the show is 1.55%, and the highest viewership rate for a single episode is 1.98%. The popularity of the iQiyi station has exceeded 9500+, the cumulative number of topic readings has exceeded 10 billion, and the Douban score is 8.1 points. Disney has pre-purchased the overseas distribution rights for “The World”, which will be distributed overseas in the near future.

Before the conclusion of “The World”, the film and television review section of this newspaper launched a special issue to share with you the experience of watching the drama.

The power of truth brings together audiences of all ages

According to the portraits of users watching dramas in “The World“, young users under the age of 30 account for 46.8%. During the Chinese New Year, many families, men and women, young and old, sit in front of the TV to catch up on the latest episodes, crying and laughing together. “Your aunt made her first pot of gold in business like this.” “I remember my dad wearing a hat like this.” The parents reminisced about the past, and the children and grandchildren should be with each other, occasionally asking a few questions and emotions. Again and again, the warmth and poetry flow between generations. What makes the show not only infect the silver-haired people who have experienced those glorious years, but also let the post-80s, post-90s, and even post-00s “get on top”? Mainly real power.

In the white snow, green trains carry people to the north and south of the motherland; a few bicycles pass by on the pitted dirt road; in the low bungalow, the family is nibbling on melon seeds on the kang… The rich world of fireworks blows in the face Come on, pull people’s minds back to those simple days at once. To this end, the crew traveled to many places across the country to shoot live. In the main shooting location in Changchun, an indoor photo studio covering tens of thousands of square meters was built. We also collected old objects such as old calendars and old quilts, and filled the props library of more than 1,000 square meters. The creators integrate these audiovisual symbols into the storyline to support the creation of the texture of the age and the expression of value concepts. Retired audience Yang Jingzhi was deeply impressed by several neighborhoods taking turns pulling scooters to send the fainted father Zhou to the hospital, and after Zhou Bingkun’s family went out, a few friends helped the housekeeper to take care of the children. “The work captures the sincere feelings between people at that time. Looking at it, the youthful passion in my heart that had gradually receded due to the growth of the years became hot again, and I met offline in the retirement group, classmate group and friends. .”

See also  Goodbye to diesel, sales halved in Europe in 10 years. Country by country here is the situation

The online generation is all too familiar with immersive entertainment. Compared with the middle-aged and elderly people who evaluate whether the story situation conforms to their own experiences, their requirements for reality are more abstract, and they pay more attention to the sense of interactive participation and value recognition, and they hope to obtain inspiration and guidance for real life from the viewing experience. With the creative concept of “letting viewers read past stories, think about current thoughts, and express their own voices”, “The World” has successfully connected with the frequency of young audiences. The protagonist Zhou Bingkun has a lot in common with young people who are currently in their growth period. He has a lot of small problems, guards his own childhood, and is very confused about the future, but he can gradually find the direction of struggle in the baptism of life – “In order to satisfy my parents and my mother”, “Nurture the mind (to make parents proud)” And nourishing the mouth and body (serving the food, clothing, housing, and transportation of the parents), I have covered both of these jobs.” The story of the ordinary youth of the father’s generation fighting against fate and growing up in the wind and rain provides young audiences with an opportunity to rehearse their lives, allowing them to see “the footsteps and sweat of every step” in Zhou Bingkun’s character arc, and to understand “replacement by hard work”. The growth and changes that come, will never be dusty.” 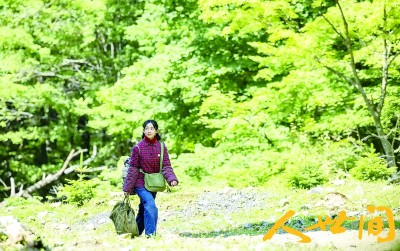 Stills of the TV series “The World”

Seeing China’s Prosperity and Development from the Change of Home

One month after the launch of “The World“, Disney bought the overseas distribution rights. Li Lu often reminded everyone on the set: “Our drama is going to be broadcast overseas, and we must let foreign audiences see how our country and people have completed what it took for hundreds of years for Western countries to achieve in just a few decades. Great changes.” Regarding this issue, everyone first found a moving interpretation in Liang Xiaosheng’s million-character novel of the same name: the choice of works is based on the stories of the three generations of the Zhou family and radiates to the social panorama, radiating workers, intellectuals, The life of leading cadres, businessmen, etc., as well as the vast areas of Northeast China, Guizhou, Beijing, Shenzhen, etc., show the dedication and sacrifice made by all social strata and the country to overcome the difficulties in the vicissitudes of life in Da Li and Dali, and share the same destiny. achievements and happiness.

The original work provides a solid literary foundation and ideological height for film and television adaptations. However, the novel spans a long period of time and has many characters, and it creates difficulties for the creation of TV dramas in terms of the choice of plot and the fate of the characters. After repeated collisions and exchanges, the main creative team decided not to present it in a chronological form, breaking through the stereotype of the opposition between good and evil in the narrative of the general era. Since 1969, it has rooted the contradictions in those “changes” and “unchanged” in social development. The leap-forward, leisurely approach, lays out the major events closely related to the fate of the characters, such as the construction of the third line, the restoration of the college entrance examination, the tide of going abroad, the tide of going to the sea, and the transformation of shanty towns.

Zhou Bingyi, the son of Zhou’s father, has always had the feeling of joining the world, and never forgets his original intention to improve the “light-word film” and even the lives of ordinary people; Zhou Rong went to the mountainous area of ​​Guizhou to pursue love when he was young, and later was admitted to Peking University to become an intellectual. This process vividly shows Women’s awakening of independent consciousness at different growth stages; Zhou Bingkun struggled all the way from the lumber factory and the soy sauce factory to the logistics department of the publishing house, sticking to morality and authenticity in the tide of the times… From the life experiences of the three brothers and sisters of the Zhou family, we have seen great changes in the times The deep imprints left behind show that even after countless twists and turns, our country has always exuded a high-spirited vitality that has attracted the attention of the world.

The development of the times is like a big river rushing forward, involving the fate of countless families and individuals into the wave. In the face of the impact of the times, each character in the play made a different choice and handed over a vastly different life answer, which gave birth to the sad songs and laughter in the world. This makes the audience think about how to “live” a person’s life. A lyric from the play’s theme song responds: “We are like seeds, and we will shine in the sun all our lives.”

Stills of the TV series “The World”

The answer to this question is also contained in the vivid faces and seemingly ordinary actions that appear in the play. For example, Zheng Juan’s fate was bumpy. She suffered multiple blows such as the death of her adoptive mother, the loss of her son in middle age, and her husband’s imprisonment, but she always responded with a gentle attitude, took care of her in-laws, educated her children, and insisted on keeping watch for a happy life. There is also the upright Xiao Guoqing, the straightforward Qu Xiuzhen, the virtuous Yu Hong, and the pungent Qiao Chunyan… There are nearly 100 characters in the play, none of them are flat tool people, and very few are ugly people. Each of them either went forward bravely when fighting against fate, or persisted in perseverance in the long years, went through ups and downs, and was born in the sun, showing the perseverance and fighting spirit in the bones of the Chinese people, and also laid the warm spiritual tone of the whole play.

Warmth – this is actually the common background of the “popular models” of reality-themed TV series in recent years. From “Installing the Stage”, “Shan Hai Qing” to “The World“, they all focus on warmth. Although they do not hide the difficult and even suffering parts of life, they always make people see hope and gain strength. The inscription on the cover of the original book “Human World” is summed up in place: “Show morality and responsibility in the fireworks of the human world, and express feelings and aspirations in the joys and sorrows”. This also brings inspiration to future creations. The public hopes to discover the beauty of ordinary life and the human touch of trivial interpersonal communication from film and television works, solve confusion, relieve emotions, and condense the spiritual strength to move forward in the heart. Therefore, finding the light of truth, goodness and beauty in the complex social life should become the cultural consciousness of current creators and producers.