Pietrasanta is an enchanting town in the heart of Versilia, in the province of Lucca, embraced by the Apuan Alps and the sea. Its streets are a succession of art galleries, sculptures and paintings by Fernando Botero (who has had his studio here for years) and Igor Mitoraj adorn his places. But for sixteen years now also music, and of quality, has become the other characterizing element, thanks to the Pietrasanta festival in concert, a dozen concerts in the cloister of Sant’Agostino, near the Duomo.

Michael Guttman, a volcanic violinist of Belgian origin, designed and artistically curated it, who fell in love with these places during a holiday and since then brings here, every summer, some of the most beautiful names on the international music scene. Over the years Martha Argerich, Yuri Bashmet, Daniel Hope, Katia and Marielle Labèque have been listened to. But they are not the usual agency engagements: Guttman knows the musicians all in person, their involvement stems from relationships of friendship and esteem, from the comparison of ideas.

The violin and music for peace

This year Pietrasanta in concert had the violin as its main protagonist, and thus involved Renaud Capuçon, Maxim Vengerov, Salvatore Accardo, Pavel Vernikov. In addition, to guide the programming, the idea of ​​making Pietrasanta a crossroads, a place of dialogue that also breaks down the walls erected by wars: Vernikov, Ukrainian, was in concert alongside his violinist wife Svetlana Makarova, Russian. 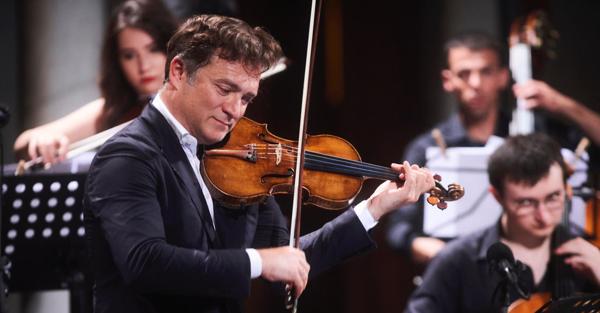 Guest for the first time of the exhibition, Renaud Capuçon is admired for his elegant and clear style, for the care in the intonation and the dryness of the sound. At the beginning of the evening, alongside Guttman himself, he gives a solid reading of Bach’s Concerto BWV 1043, with no frills musicality, thanks also to the skill of the young Soloists of the Menhuin Academy. But Capuçon is very good above all in recreating the persuasive and salty charm of some small pieces by Elgar and Kreisler: a virtuosity on the tip of a pen, with sweet softness of French taste. 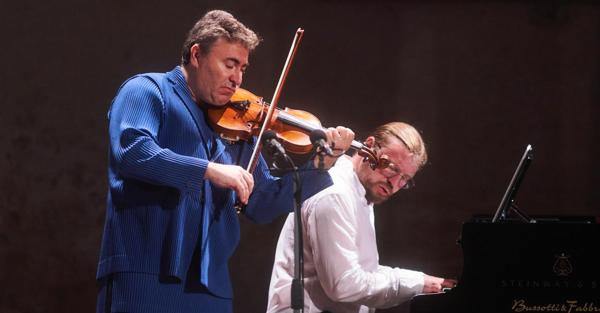 On the other hand, a gritty attitude characterizes Maxim Vengerov’s performance, the following evening for an entirely Brahms program. With him the pianist Denis Kozhukhin, who however imposes himself too much in the Sonata op. 100: the agreement is revealed, if anything, in the unbridled tones and vigorous enthusiasm of the Hungarian Dance n. 2, given as bis. The impetuous musicality of Vengerov finally leads the Quintet for piano op. 34, where the close and cohesive attitude involves a line-up that also includes the cello by Jing Zhao, the violin by Guttman and the viola by Lise Berthaud. It is an interpretation of dazzling vigor, greeted by full success.

Bai Yunshan responded to the investigation by the National Medical Insurance Bureau for falsely raising the price of medicines to obtain funds: the relevant responsible person was dismissed and suspended_ Securities Times Network

Water, sand and sunscreen are enemies of the smartphone, here’s how to protect it