On December 8th, Tencent Video Micro-shorts held a private exchange with the theme of “Returning to Beauty and Warming the New” in Hangzhou to discuss the bright future of micro-shorts with industry partners. Li La, Deputy General Manager of Tencent’s online video platform operation department, delivered a sharing on the theme of “walking towards beauty, warming and inspiring the new”. With the concept of “taking precision as the ruler, walking towards beauty”, he hopes to promote the industry’s development towards goodness, beauty, and excellence . Shared the youthful slogan of “Ten Theater”, “It’s very exciting, everything is cute”. He also shared that in the future, Tencent video micro-short dramas will focus on “fireworks, youth, and freshness” as an important direction, and focus on the layout of “warm realism” short dramas. I hope that in the new year, we will form a joint force and stimulate more possibilities. .

This private sharing event also invited Cai Yueting, general manager of Other City Films, Du Hao, founder of Sugar Free Culture, Geng Guoyong, chief planner and producer of Pindaotang, He Wei, founder of Chuqi Weishi Culture, and founder and director of Golden Generation Hui Yu, Jiang Yi, CEO of Huofeng Liaoyuan, Liu Muhan, Chief Producer of Qimao Films, Zhai Qian, CEO of Chenshuang Films, Zhou Xiao, CEO and Chief Director of Qianyi Films and other industry partners (in alphabetical order), worked in Tencent Under the auspices of Cao Rui, the person in charge of the Galaxy Studio of the online video platform operation department, the topics of “How to do “Realism” in Short Plays” and “How to Capture the Hearts of Young People in Short Plays” were the topics of the round table forum. form to discuss the future direction of micro-short dramas. 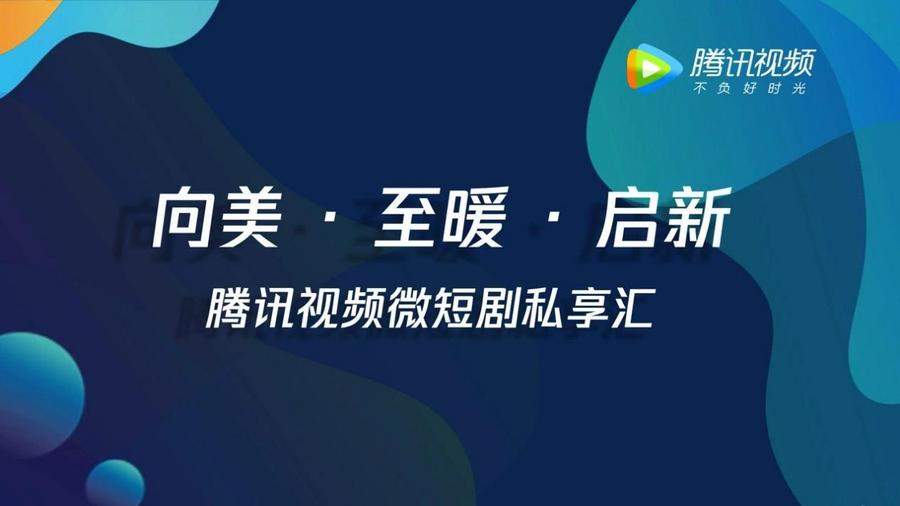 In the past year, Tencent Video’s short drama “Shifen Theater” has continued to break through new themes, create new values, and create new benchmarks under theatrical operation, broadening the content aesthetics and extending content innovation. Among them, “Please! “Don’t Spoil Me” accumulated more than 30 million accounts in the three seasons, leading the micro-short drama industry so far; “Washer Trilogy” created a new form of traditional cultural communication, and was reported and disseminated by many core media such as Guangming. “The World” became the only excellent micro-short drama in the “Excellent Internet Audio-Visual Works” of the State Administration of Radio, Film and Television, and refreshed the industry’s perception of fine micro-short dramas with a score of 8.4 on Douban. For more expectations of “Ten Theater”, Li La said at the meeting, “Next, “Ten Theater” will express in a more youthful manner, establish a spiritual beacon with positive meaning for young people, and become the favorite of young users. Theater”, and further explained the Young Slogan of “Very Wonderful Theater”, “very wonderful, everything is cute”. Let there be joy in every ordinary day, and may every difficult moment be healed with beauty.

See also  Autonomous car. England towards driving ok without hands on the wheel 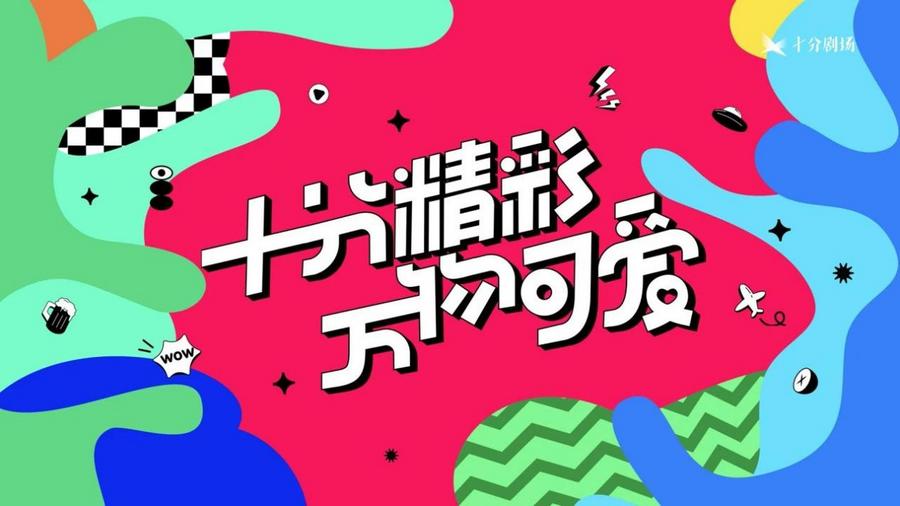 Fireworks, youth, and freshness open up a new atmosphere for micro-short dramas

Under the guidance of the quality of “Shifen Theater”, Tencent Video’s micro-short dramas will have three important content directions in the future: “fireworks, youth, and freshness”. 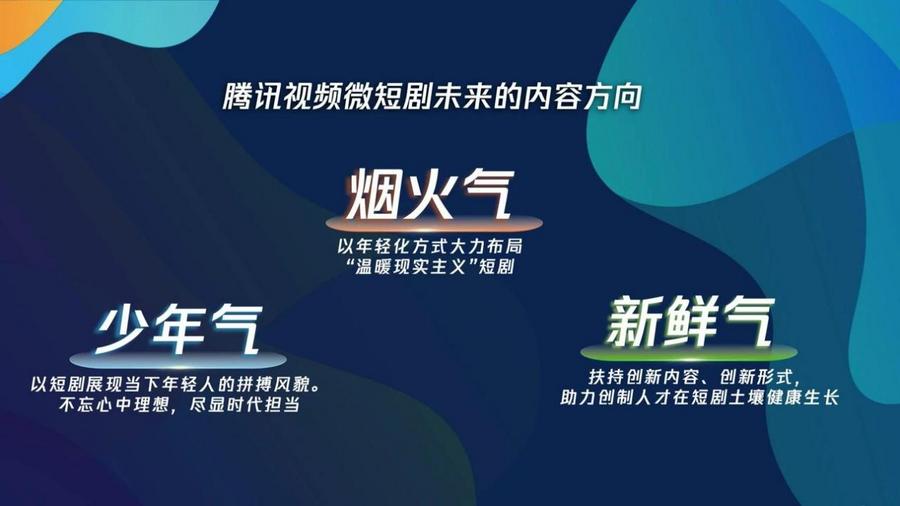 “Fireworks” corresponds to the “warm realism” short play, exploring current social issues. The presentation of the “youthful” story should reflect the unique beauty of youth and achieve emotional resonance with young people. The subject matter can not only show the hard work and passion of young people, but also describe the throbbing youthful love; the creation method is not limited to ancient and modern, regardless of form, and the idea comes first. “Fresh air” corresponds to Tencent Video’s consistent innovation and exploration. Li La said, “Tencent Video will shoulder the responsibility and mission, firmly support content innovation, technological innovation, experience innovation, and model innovation, so that the soil of short dramas can grow healthily.

Appreciate the fireworks in the world, and return as a teenager

At the meeting, in the roundtable forum on the topic of “How to do a good job of “realism” type in short plays”, industry partners with rich creative experience explained the key points of “realism” type micro-short play creation from their own perspectives, and discussed the genre together. How to make micro-short plays to the public. Li La put forward two expectations for the “realism” short drama: first, the tone should be based on warmth, and sincerity should be the steering wheel. We do not deliberately avoid the difficulties in real life and the contradictions between people. We need to dig out the truth, goodness and beauty of human nature through micro-short plays; Sincerely reflect back to reality itself. Second, look for unique aspects and sublimate the aesthetics. Think more about how to find ingenious cuts in the realism genre, make good use of the characteristics of micro-short dramas, and help improve the daily aesthetics. 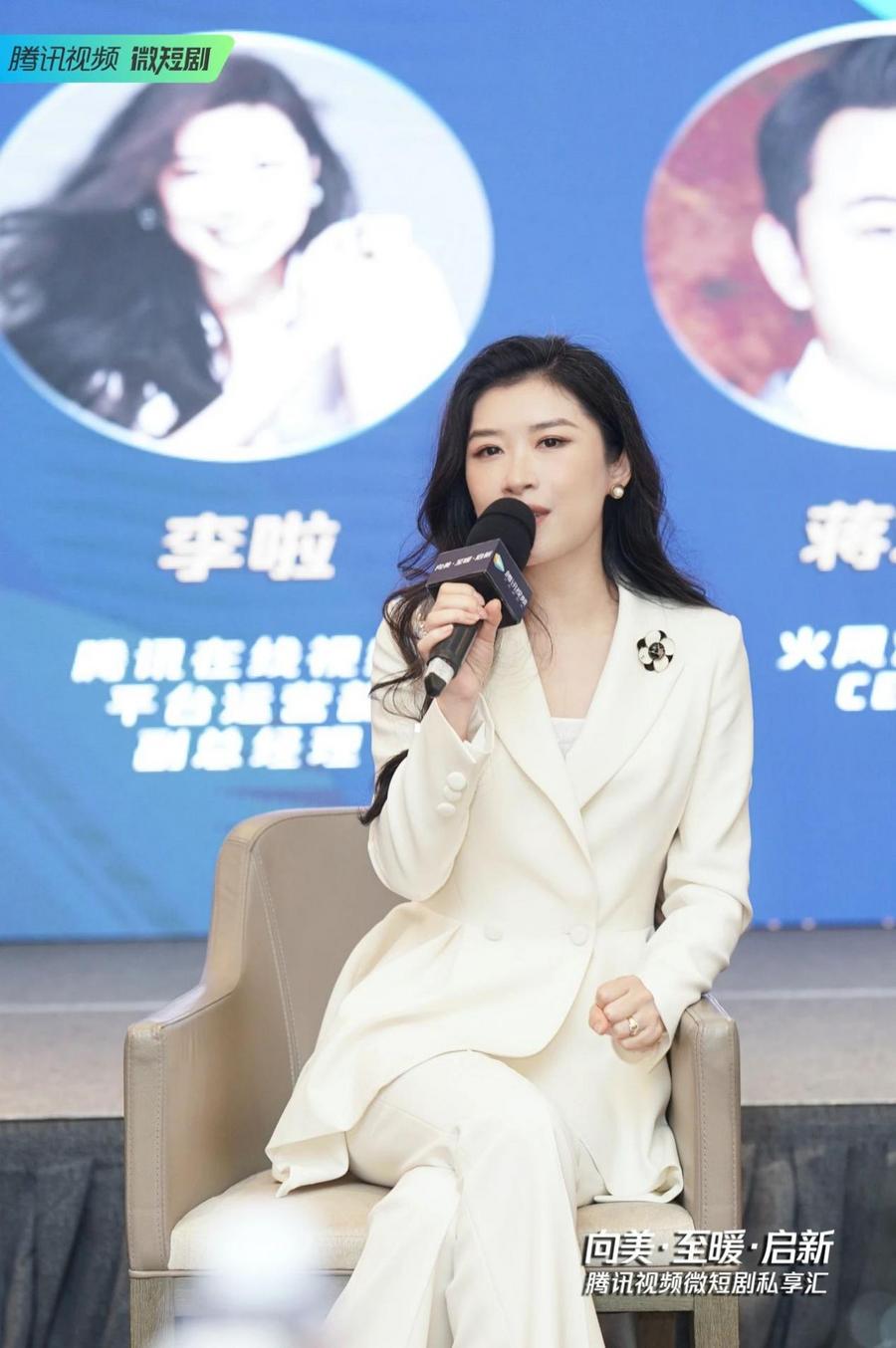 The guests at the scene also shared their thoughts: Jiang Yi, CEO of Huofeng Liaoyuan, said that he pays more attention to youthful expression, and believes that the most important point of the short play is to “speak people’s words” and be the audience’s “mouth substitute”. “Bringing the old with the new” on the actor’s code board, old actors and potential newcomers are responsible for different functions, taking into account both artistry and popularity. Geng Guoyong, the chief planner and producer of Pindaotang, gave experience from “Return to 1993”, which is not only realism, but also needs to transcend reality, consider the audience’s emotional release needs for the content, and bring the emotional refreshment of “opening up”. Cai Yueting, general manager of Other City Films, concluded from the exploration of “Auntie’s World” that realistic genre creation can be combined with strong genres such as suspense or comedy to find a differentiated entry point that is more acceptable to users, and use surreal Use appropriate language to express the reality and avoid “persuading you to quit”. Zhai Qian, CEO of Chenshuang Film and Television, believes that reality is always more exciting than dramas. All stories and characters have prototypes in real life, which is a characteristic of the realism genre. It is hoped that such dramas can become an outlet for the public’s emotions, bring positive values ​​to society, and move in a warm direction. 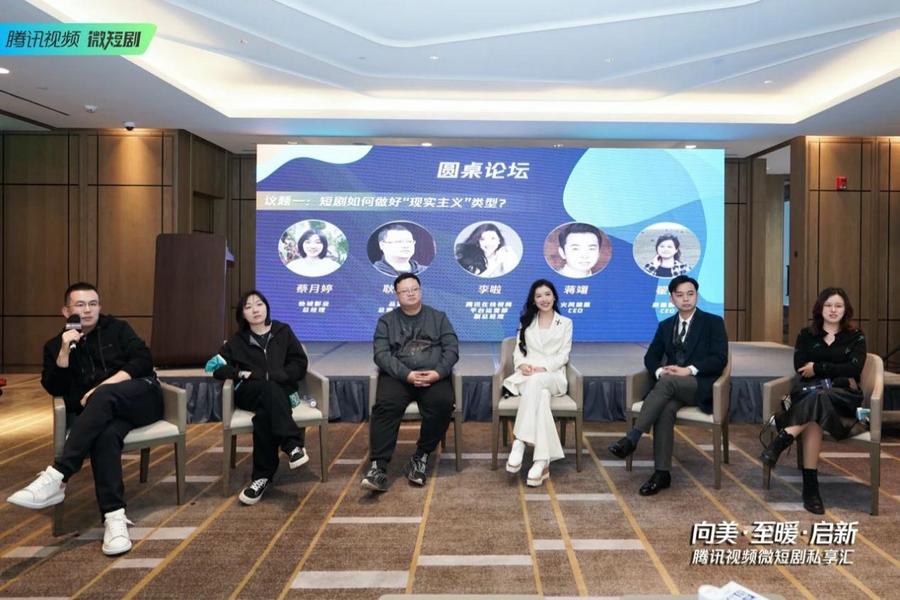 In the roundtable forum on the topic of “How Short Plays Capture the Hearts of Today’s Young People”, industry partners jointly discussed how to promote high-quality micro-short plays and theme innovation from the perspective of their own directors, producers, and producers. Li La said that in the future, Tencent’s video micro-short series will unswervingly cultivate the content that young people love. I hope to create a unique youthful beauty from the rhythm of the script, the style of the lines, the language of the camera, the art of music, etc.; I hope that the creative team can achieve emotional resonance with young people through in-depth insight into young people. The guests at the scene also shared their own experience and thinking: Du Hao, the founder of Sugar Free Culture, said that the threshold and acceptance of content by young people are constantly increasing. The audience understands, recognizes, and thoroughly understands the selling points at the first time, while ensuring dramatic tension and rhythmic conflicts. At the beginning, He Wei, the founder of Weishi Culture, proposed that the most important thing to attract young people is to work hard on the content and make “micro-innovations” on the basis of tradition. Many people say that the setting of “Mary Su” is outdated, but in fact it has something that suits the preferences of young users, and adding some anti-routines can achieve a differentiated effect. Hui Yu, the founder and director of the Golden Generation, as a director who has directed long dramas, online movies and short dramas at the same time, believes that short dramas are a very “juvenile” form. Young audiences want to see new content more, and the short play track allows us to be bold and innovative. For example, the stalk of taking the house across in “The Eternal Wife” is an original micro-innovation, which can bring freshness to the audience. Liu Muhan, the chief producer of Qimao Films, shared that in the process of IP screening, he will use intuitive data to evaluate whether the topic is suitable for young users. At the same time, in terms of the expression of content values, the key words refined are “hot blood” and “burning”, and different hopes are found in ordinary life to keep the work “youthful”. Zhou Xiao, CEO and chief director of Qianyi Film and Television, pointed out that the preferences of young people have been changing. In addition to the emotional resonance point, they will also pay attention to the emotional compensation point. Starting from the collective emotions of young audiences, analyze the emotional compensation they desire to obtain from the short play, complement reality, and create dreams for the audience. 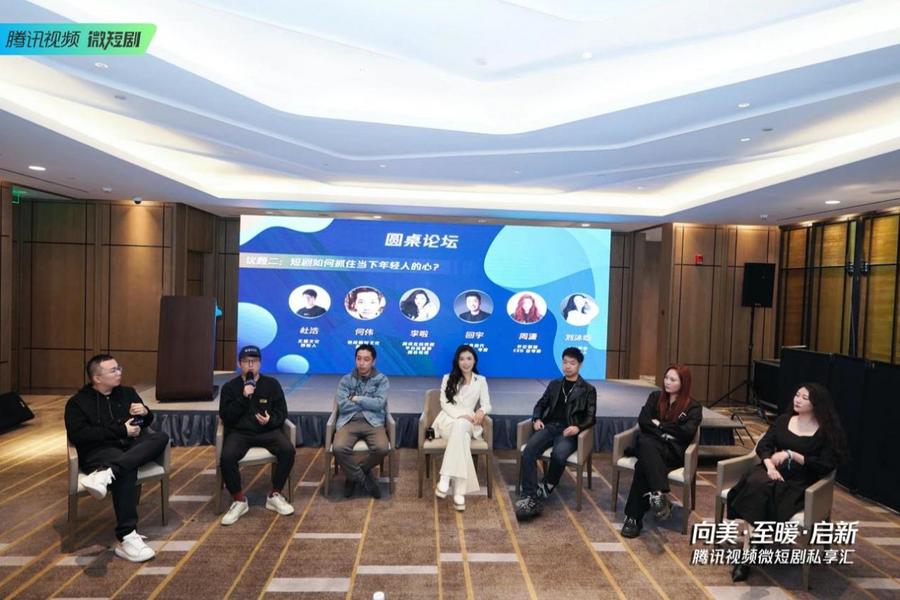 Encourage excellent production to create a new benchmark for the industry

So far, Tencent Video micro-short dramas have been recognized by the industry and users for their share of accounts, social popularity, and project reputation. Past achievements come from the recognition of different dimensions such as users and the industry, and it is more determined that Tencent’s video micro-short series will continue to provide industry partners with open and transparent ecological strategies and platform support, driving the entire industry to “be kind, beautiful, and refined” to flourish . In addition to the innovation and exploration of content and technology, Tencent Video guides everyone to polish high-quality products through the three modules of creation, operation and marketing, and guides everyone to polish high-quality products with the highlights of operation and marketing. The project brings effective blessings. Tencent Video encouraged 18 outstanding projects at this private exchange.

With the rapid development of the micro-short drama track, more and more new-generation creative teams have emerged, and more and more “volume” works have produced more and more unimaginable accounts; in this wave Among them, as the leader, Tencent Video’s micro-short drama will stick to its original intention of creation, assume industry responsibilities, and cooperate sincerely with partners to jointly cultivate more brilliant fruits on the soil of Tencent Video, and constantly explore new opportunities for micro-short dramas. Direction, new content, new value, bring more wonderful content experience to users!

Media survey: The euro zone is about to enter a winter recession, the European Central Bank is expected to raise interest rates by 0.5% next week Provided by Investing.com