What is the key to reality show innovation-China Daily 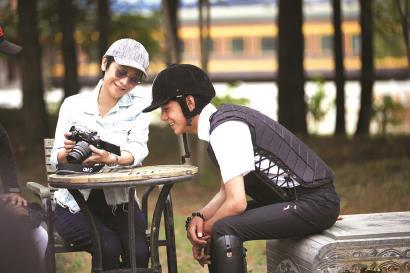 Recently, various reality shows including “Only Visible in Three Days (Special Experimental Season)”, “Looking for Youth”, and “My Sister Please Eat” have come to an end. Although there is no explosive reputation and popular ratings, these variety shows use a certain “experimental” exploration to open up a new model for the development of domestic variety show reality shows. The innovative approach based on the content is particularly worthy of attention.

Looking at the development of domestic variety shows in recent years, “cross-border integration” and “documentary style” are the two key words of its changing trend. On the one hand, under the trend of cross-border development of the cultural industry, the variety show has expanded the boundaries of the type and content of the program through the cross-border of different themes and types, forming different forms of art+, tourism+, life+, service+, etc. , Which connects variety shows to many areas of daily life, while promoting program innovation, it also plays the role of active industrial integration and cultural integration. On the other hand, the variety show itself is also seeking internal breakthroughs. While transforming the variety show from the studio scene to the outdoor scene, it also weakens the plot and drama of the rules and the script, and strives to explore the variety show in a “documentary style”. Show new ideographic space.

Objectively evaluated, with the integration of “cross-border” theme and “documentary” production methods, variety reality shows gradually get rid of the inherent mode of “competitive shows” that focused on performances and games in the past, forming “observation” and “life” A new mode of “flow” overlay. With “observation” as the framework, reality shows are based on the style of “documentary”, and different types of business, tourism, emotions and life are intersected and integrated, each with its own focus. They take authenticity as the pursuit direction, and keep close to people’s daily life, love and marriage emotions and daily concerns of spiritual rest in a more simulated way, which has aroused a considerable degree of attention and topicality.

However, it takes the predetermined person as the premise, and regards the emotional state, relationship conflict and privacy life of the celebrity guests in the assumed situation as the “selling point” of the program. Behind the multi-camera recording, it is the deliberate selection and selection of numerous materials. Editing to pursue the dramatic effects of “conflict” and “curiosity”. This kind of “documentary” is a special situation separated from real life, and its essence is still a semi-open script-like virtual performance in a hypothetical situation, and it does not really get rid of the shortcomings of “show” greater than “true”. And because its lens focus, topic setting and effect presentation did not get rid of the chronic problems of celebrity consumption, it greatly restricted the development of the variety show’s social life content and the deepening of the ideological connotation.

Therefore, if we cannot fundamentally change the truthfulness of reality show based on “virtual performance of hypothetical situations”, it will be difficult to truly change the shortcomings of “show” over “real”. It is in this sense that starting from “Life in Adventure”, it is represented by “Looking for Youth”, “Only Three Days Visible (Special Experimental Season)”, “Nice to Meet You”, “My Sister Please Eat”, etc. The reality show shows its daring to challenge uncertainty and the spirit of experimentation on the basis of reality show authenticity.

The first and most important thing is that these programs dare to break the performance and simulation in the “assumed situation”, and build the reality of the program on the dual basis of life reality and experience reality. Whether it’s the three days of social interaction where two parties with different occupations in “Only Visible for Three Days (Special Experimental Season)” enter each other’s real daily experience, or the novel occupations and people under the lens of “Sister to Eat”, or “Nian The past youth memories condensed in the text in “Reading Youth”, these programs not only use real characters, occupations, behaviors and events in real life as the basis of the authenticity of the content, but also remove the script-style presets, and fully respect the programs. Under the premise of real motives, action logic and real experience of the stars, celebrities or amateurs in the movie, we capture those feelings and experiences full of uncertainty.

Zhang Aijia emphasized in the creation notes of “Looking for Youth”, “Everyone is looking for real power, and many people would like to be able to use documentary techniques to record and capture some real situations. In “Looking for Youth”, I am very particular. Cherish those surprise moments with a sense of unknown and exploration.” These programs use a full documentary and experimental spirit to explore the possibility of people in social relationships, and the relationship between youth text and current feelings. His self-feelings fully demonstrate the true power. For example, in “Only Visible for Three Days (Special Experimental Season)”, the actor Bai Jingting made a temporary move and drove back to his hometown with director Lu Xing. It was this uncertainty that opened up a deeper exchange between the two. Including Bai Jingting’s thoughts on marriage, and how he tried to practice piano because he didn’t want to disappoint his parents since he was a child. Another example is the episode of “Looking for Youth” about Li Xueqin. The program team originally wanted to discuss the lives of the new generation of Internet users, but because the collected texts are more related to the complex emotions of the people in Beidiao and their hometown and home, Change the theme of the chanting to a discussion about wandering and home. Whether it is the inner feelings of the celebrities and guests that are usually unknown, or the spiritual power emanating from the discussion of the issues in the program, it is possible because of this reality based on the reality.

See also  Cucinelli: "My Universal Library in Solomeo, thanks also to the Stock Exchange"

It is precisely based on the reconstruction of the above-mentioned authenticity basis that these programs can therefore break the single content centered on celebrity consumption, and lead to a broader life world and life experience. Although the program focuses on people, it is no longer a personal and private life narrative, but focuses more on the life thinking of oneself, the question of the relationship between people, and the expression of new experiences in social reality. Therefore, the role of the star in the show has also changed from the topical protagonist of the previous reality show to the “intermediary” who connects and visits with the wider world and richer life. In “Nian Nian Youth”, each issue of celebrities and Zhang Aijia take on the role of opener and leader of the topic. For example, Zhou Shen discussed the acceptance of different self with those youths who were different when they were young, Ding Zhen and the redeemed “baseball youth” team jointly initiated the “protection of innocent youth”, and Li Xueqin thought together with the youth Home, and Wujo people and those who have ideals left home and spiritual wanderers regain their ideals.

The appearance of Aya and Zhou Xun in “Nice to Meet You” is a kind of “visitor” role, the purpose of which is to “lead out” the lives of ordinary people living in unknown places; “Sister of Love” uses dinner as a medium to explore those fresh people with brand-new careers and experiences in the development of the times. Although “Only Visible for Three Days (Special Experimental Season)” is a social experience of two celebrities from different industries, it can also go beyond the exploration of each other’s life privacy. Public life attitudes and issues of meaning of life. For example, the former and present comedians Aya and Yang Di discussed “the past and future of the self” and “opportunities and growth”. The philosophical professor Liu Qing and the actor Tao Hong triggered interesting and dramatic philosophical rationality and dramatic sensibility. In-depth discussion.

It is this exploration of life experience and meaning that these reality shows are no longer just the relatively single entertainment value of virtual game-style reality shows in the past, but can give the audience in-depth humanistic thinking. As Zhang Aijia said in the writing notes of “Looking for Youth”, his program has three hopes: to let the participants feel the warm and steadfast emotions that are respected and conveyed, and youth is indefinable. The program shows the breadth and breadth of this proposition through the “youth” memory in the writing and recording of numerous texts and recordings from different groups of people in North and South China, including Zhang Aijia, Huang Yongyu, young people such as Ding Zhen and baseball teenagers. thickness. “Only Three Days Visible (Special Experimental Season)” Director Jinhui Shi explained the production concept of the show: “We want to show the relationship between people in different circles through three days of getting along, so that the guests in it can re-examine themselves. It also allows the off-screen viewers to substitute themselves, find answers that suit them, and try to understand those who are different from us.” Through each day’s experience of each other’s work, we can reach a mutual understanding. This is what the show is about today. Meaningful. In a society that is constantly in circles, these programs have turned their vision to the differences and understanding between people: the reconciliation between the past and the present of the self, the mutual understanding between people of different generations and industries, and so on. In this process, these programs not only broke the fetters of celebrities, but also opened reality shows to explore and communicate a broader life and life.

The innovation of variety show reality shows is not only through “addition” to seek cross-border integration, innovate themes and content, and realize the program benefits of industrial integration and functional superposition, such as variety show + travel, variety show + script killing. How to cut the glitz through “subtraction”, reconstruct the core of the program in the process of removing the false and keeping the truth, and reactivating the rich space of variety show ideology is a more critical issue to promote the innovation of variety show connotation. Recently, these variety shows have greatly expanded the content expression space of reality shows by reconstructing the reality basis of the authenticity of reality shows, and provided a path for the construction of the humanistic spirit of variety shows. How to make it truly enter the spiritual space of the masses and achieve the simultaneous improvement of word-of-mouth and on-demand needs to be left for further discussion.

Original title: What is the key to reality show innovation

It is revealed that the Qingdao team suffered marital changes due to three players who owed salaries or follow Guizhou to jointly seek salaries.

Ministry of Industry and Information Technology: Next year, we will continue to intensify the cultivation of “specialized, special and new” small and medium-sized enterprises, and improve the “One Hundred Thousand Thousand” Gradient Cultivation System_Company News_金融网-CAIJING.COM.CN

The constellation whose career will be successful in...

And Macbeth be it. Everything is ready for...

Not just jewels, so Damiani grows and diversifies:...

Chen Xiaonan: Look for the commonality behind the...

The recovery of LPG. The Kia challenge: the...

In the world of Lipovens, the sea is...

The Polish biopic “Blind Luthier” is set for...