Home Entertainment What will it look like in 2075?Chinese original musical “Goodbye·Echo” explores technology and humanity_audience
Entertainment

What will it look like in 2075?Chinese original musical “Goodbye·Echo” explores technology and humanity_audience

Dongfang.com reporter Zhu Beier reported on November 22: This is a story about technology and human nature in the future world. On the afternoon of November 21, the release conference of the Chinese original musical “Goodbye Echo” was held in the Pudong New Area Mass Culture and Art Museum. The main creative team and actors shared the creation and arrangement process of the crew to the audience and performed highlights from the play. The musical “Goodbye Echo” will be fully presented from November 25, 2021 to December 5, 2021.

In 2075 in the play, human technology has become highly intelligent, and AI and real people are already indistinguishable in appearance, except for the lack of real human emotions and desires. Ai Chen, a genius programmer with social disabilities, was invited to return to China to take over the development of the “ECHO simulation companion robot” project left by his late brother Echo. Faced with the AI ​​robot ECHO, which has the same appearance as his elder brother and has reserved a large amount of his elder brother’s memory data, Ai Chen uncontrollably gave birth to the idea of ​​resurrecting his elder brother through AI. He did not expect that while trying to break the barrier between man and machine, he would also overthrow all previous cognitions of “people”.

The curtain opened slowly, and the long-awaited “Goodbye·Echo” stage was officially unveiled. The multi-layered stage, the staggered steps, the rolling data on the ice screen, and the shining lights, guide the audience into the imaginary 2075.

Actors Gao Yuchen, Zhong Jiacheng, Xia Zhenkai, Lu Runtong, and Dang Yunwei brought to the audience a performance of the wonderful music clips in the play.

See also  In a diversified market, trendy brands such as BOY LONDON activate the independent aesthetics of the young generation – yqqlm 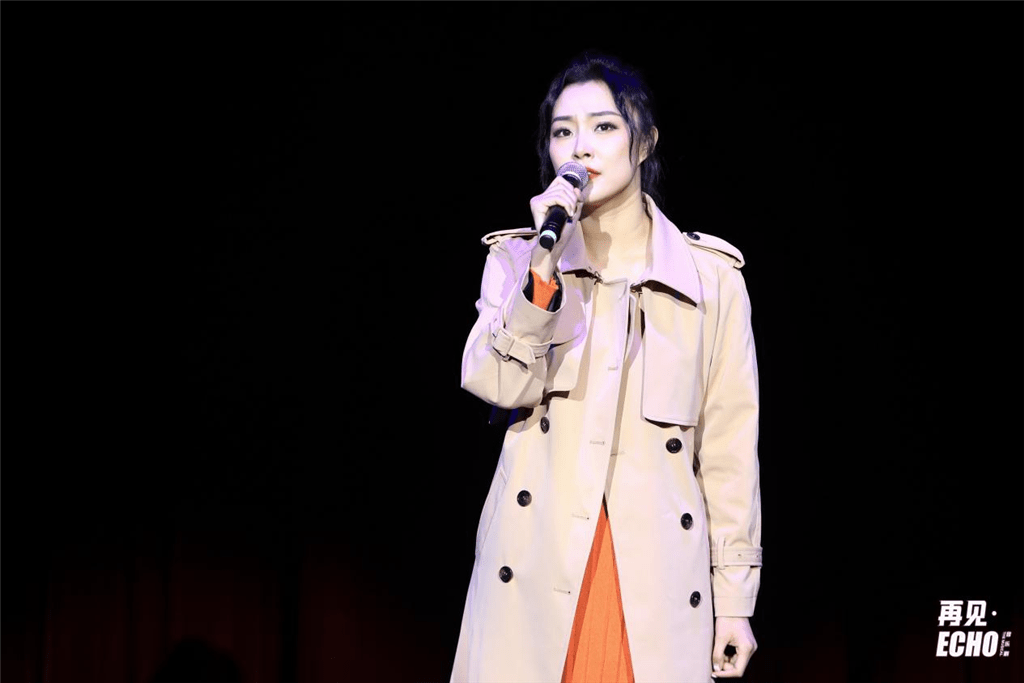 The Chinese original musical “Goodbye·Echo”, as the first work of Gu Chi drama, has undergone nearly four years of preparation. From the selection of the theme, to the script, music, and stage art, it is the culmination of many years of work by the main creators. Adhering to the concept of “Using musicals to tell our own stories.”, Chi Chi drama will continue to move forward on the road of original musicals. While cultivating in original musicals, Gu Chi Drama is also actively communicating with overseas copyright companies, and will produce Chinese versions of outstanding international musicals in the future.

During the creation of the musical “Goodbye Echo”, the main creators visited many Zhangjiang enterprises and conducted in-depth observations. Yuan Tao, Secretary of the Party Committee and Chairman of Zhangjiang Group, said that the cutting-edge science, cutting-edge talents and innovative and entrepreneurial atmosphere of Zhangjiang Group provide a strong realistic background and imaginative basis for the selection of “Goodbye Echo”, helping the creative team to base itself on Now, better integrate humanities and technology in creation.

The musical “Goodbye·Echo” is a story extension called “City of Dreams” created by the creative team in Pudong New Area in 2018. Pudong New Area has persisted in reform and innovation in the context of reform and opening up for more than 30 years, and has provided rich soil for literary and artistic creation. Yan Bo, deputy head of Pudong New Area, said that Pudong will encourage more original works to come onto the stage so that the people can enjoy higher-quality spiritual and cultural works. 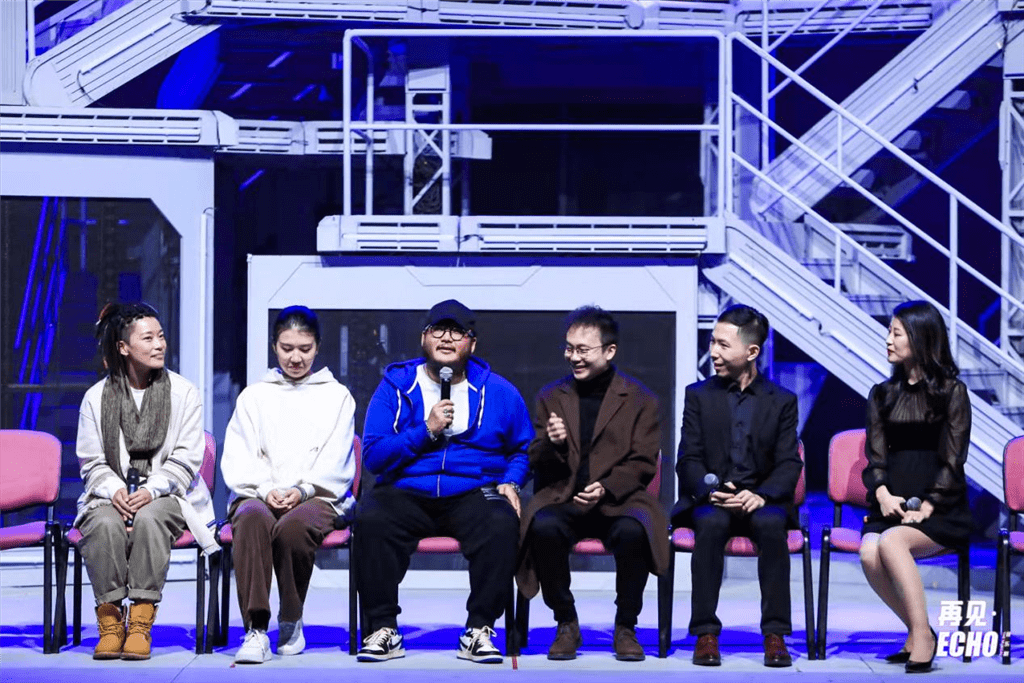 In the main creative interview session, producer Wang Yanlin, director Ma Da, executive director Cheng Peixian, composer and music director Wei Shiquan, dance choreographer Zhang Enshu, and multimedia designer Dai Wei shared the creative process for the media and audiences at the scene. For director Ma Da, how to concretize the conjecture about the future, break through the limited conditions and establish a new sense of future and experience in the existing solidified thinking, has become the biggest challenge in the creative process. “What exactly is 2075?” The main creative staff laughed and said, “We don’t know what it is like. We can only build the world on the stage based on the current technological development status and our subjective imagination.” Looking forward to working with audience friends. , Embark on this wonderful journey. 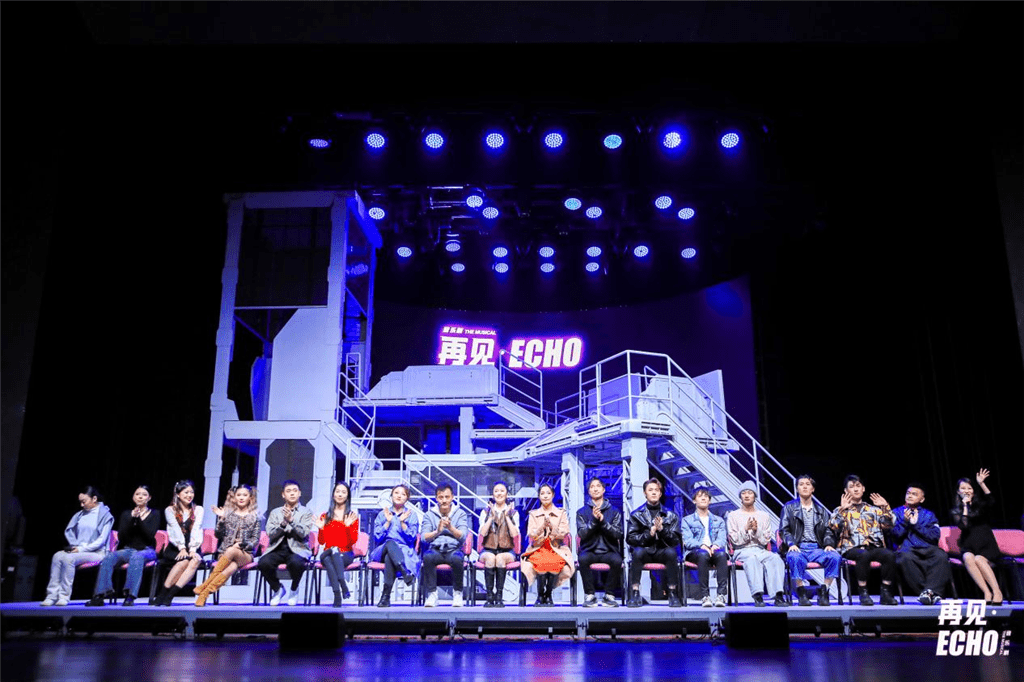 Photo caption: Interviews with actors at the press conference of the original Chinese musical “Goodbye Echo”

In the part of the cast interviews, the actors of the musical “Goodbye Echo” appeared one after another, met with audience friends, and shared interesting facts during the creation and scheduling of the repertoire. For the actors, the presentation of original plays is also a process from scratch. During the rehearsal process, the crew members worked together to continuously improve, and strive to deliver a satisfactory answer to the stage and the audience.Return to Sohu to see more

See also  Emergency reading, only one Italian out of two reads at least one book a year