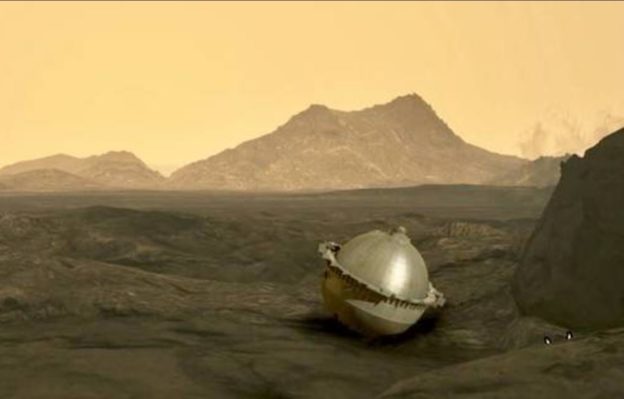 So far, NASA has only sent 2 spacecraft to visit Venus. We know that the surface of this planet, the second closest to the sun, is quite hot, but in the past, it was only imaged by radar, and no probe has ever photographed the true face of Venus during its descent. In a few more years, the DAVINCI probe will take the lead through the Venusian atmosphere to the surface of Venus, and NASA recently released new details of the DAVINCI mission.

In addition to returning humans to the moon in the next few years, NASA and ESA are also preparing to return to Venus. In June last year, NASA announced that it will launch two new missions to Venus between 2028 and 2030, one called VERITAS and the other called DAVINCI. VERITAS is an orbiter orbiting Venus that will draw Venus in high-definition detail. Surface and reconstruct a 3D view, and also investigate whether Venus still has active volcanic activity that releases water vapor into the atmosphere.

The DAVINCI mission has an important mission. It will carry several instruments to withstand extremely high temperature and pressure through the Venusian atmosphere, absorb the Venusian atmosphere for about 1 hour during the descent to collect atmospheric, temperature, pressure and wind speed data, and simultaneously take hundreds of pictures passing through this planet. A photo of the Hell Planet process.

The European Space Agency (ESA) has also announced that it will launch the Venus mission EnVision in 2031, ready to bring a holistic view of the planet from the core of Venus to the upper atmosphere.

Even the Massachusetts Institute of Technology has launched a small Venus Life Finder (VLF) sponsored by private funds, and according to the plan, it will take one step ahead of NASA and take the Rocket Lab Electron rocket to Venus in 2023. Travel through Venusian clouds in 3 minutes to explore Venusian life.

Recently, NASA further released the details of the DAVINCI mission: After launch, it will take DAVINCI 2 years to allow the probe to enter the Venusian atmosphere under ideal “noon conditions”. The CRIS flight system will use gravity to assist in changing speed and direction to save fuel, and in During the flyover, the cloud layer of Venus was studied and the highland map was drawn; in addition, a small descending probe with 5 instruments was released for further landing, which was responsible for detecting special rock types on the surface (such as granite), eroded topographical landscapes, etc.

The probe will conduct scientific observations about 67 kilometers from the surface of Venus and take hundreds of images about 30,500 meters above the surface during about an hour’s descent. The probe will eventually land on the Alpha Regio Mountains, and if the landing at 12 meters per second is lucky enough to survive, the probe can operate on the ground for an additional 17 to 18 minutes.

DAVINCI is tentatively scheduled to launch in June 2029 and enter the Venusian atmosphere in June 2031. Previously, NASA’s last dedicated mission to Venus was Magellan, which reached Venus’ orbit in 1989 and ended in 1994.

The new paper is published in the journal Planetary Science.

(Source of the first image: NASA)

health advice from the Municipality of Verona