Home Health In order to extend the service life, some systems of the Voyager probe will enter the power-off stage | TechNews Technology News
Health

In order to extend the service life, some systems of the Voyager probe will enter the power-off stage | TechNews Technology News 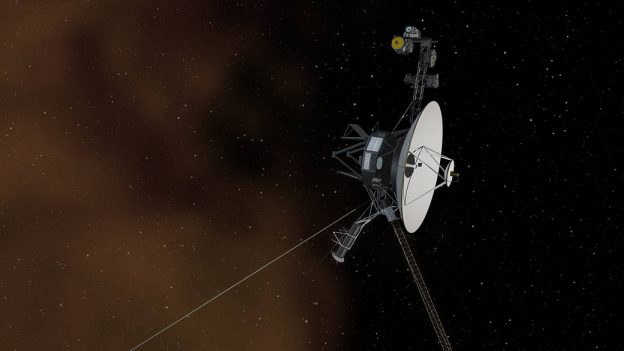 45 years ago, NASA launched the Voyager probes when they grasped the alignment of the planets, allowing them to increase their flight speed with the help of planetary gravity. Now both Voyager probes have left the solar system and entered interstellar space. But the adventure is coming to an end, and NASA is planning to shut down some of the Voyager rover’s systems this year in order to maximize the useful life of the probe’s remaining energy.

About 60 years ago, Gary Flandro, a doctoral student at the California Institute of Technology, noticed that the four giant planets in the solar system: Jupiter, Saturn, Uranus, and Neptune were slowly approaching their orbits, strung together like pearls on a necklace with the Earth. Alignment only happens once every 176 years.

At the time when American space exploration was taking off, scientists calculated that if a space vehicle were launched in the mid-1970s, it would be able to take advantage of this once-in-a-lifetime opportunity to use planetary gravity to boost flight speed as it flew over each giant planet.

And so the Voyager probe program was born. In the summer of 1977, Voyager 2 and Voyager 1, whose launch times were precisely calculated, set off one after another. The former flew to Uranus and Neptune through Saturn’s gravitational acceleration in 1981, becoming the first ship to visit Uranus (1986) and Neptune (1989). 2018) and passed through the heliosphere in November 2018, becoming the second man-made object to leave the solar system.

The latter left the ecliptic after flying under the south pole of Saturn in 1981 and turned to the direction of Ophiuchus. In 2012, NASA announced that Voyager 1 flew out of the solar system boundary Heliopause, becoming the first man-made object to leave the solar system. , is currently the most distant man-made probe from the earth, and these records will probably not be broken in the next few decades.

However, the Voyager probe was only a small 4-year project at the beginning. If NASA engineers secretly designed aircraft that could withstand more severe tests to some extent, maybe they would have failed by now, not to mention their lifespan has been extended by 10 times, and they are still in use today. Continue to return data.

But this extraordinary adventure is ready to come to an end. Last month, NASA discovered that Voyager 1 was beginning to send back meaningless telemetry data, and as the spacecraft’s energy supply dwindled, NASA had to decide this year which systems to shut down so that more important instruments could continue to operate until the target of 2030.

To slim your thighs, have slim legs and firm your buttocks here is 1 exercise you can do at home in 2 minutes

How often can tomatoes be eaten? here’s the...

the places available increase in the entrance tests...

How to stay active on vacation: exercises and...