Home Health Life as a manager, heart attack that overturns everything, the wedding in the hospital …
Health

Life as a manager, heart attack that overturns everything, the wedding in the hospital …

From the street someone shouts “Long live the bride!” brandishing a bottle of champagne. Overlooking the panoramic terrace of the eighth floor of the San Luca in Milan, Mr. Enrico Vanelli hears and smiles. He just said yes to his he Marika in the hospital auditorium where he has been hospitalized since February 21, when she arrived for a heart attack “too late”, as Gianni Perego, director of the emergency room and coronary unit points out. 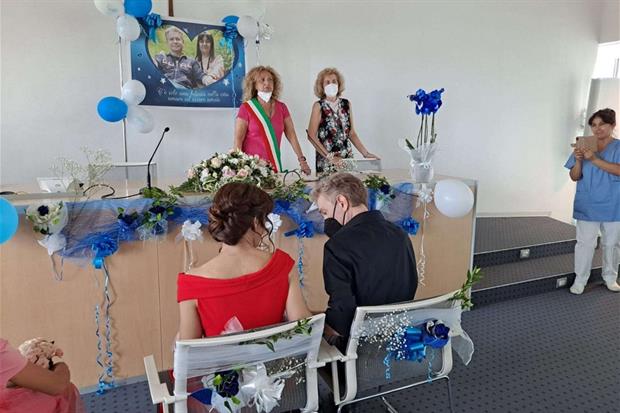 «As unfortunately often happens – explains the head physician – the patient decided to call an ambulance after hours of chest pain. By the time we took him in, he had much of his heart tissue compromised. After long treatment he has recovered, but his situation remains delicate. Today is a day of joy, albeit tempered by the expectation to see him restored ». 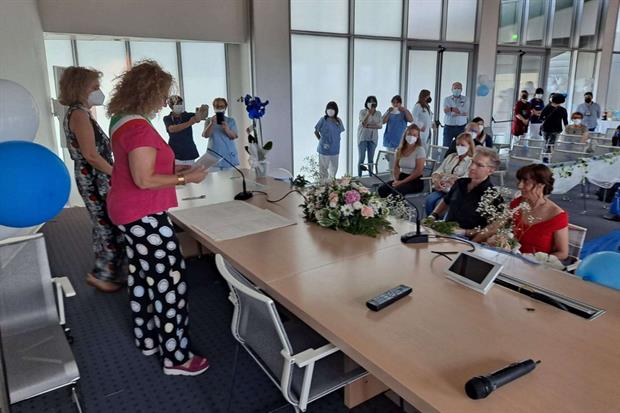 Vanelli nods, confirms everything. “Yes, it’s true. I’ve waited too long. And this is my message: better go to the emergency room when in doubt. It is better not to neglect health: prevention must be given importance, which I have never done ». On 19 April he turned 60 at Niguarda, where he had been temporarily transferred due to an aggravation. In his previous life he had never thought that something bad could happen to him. 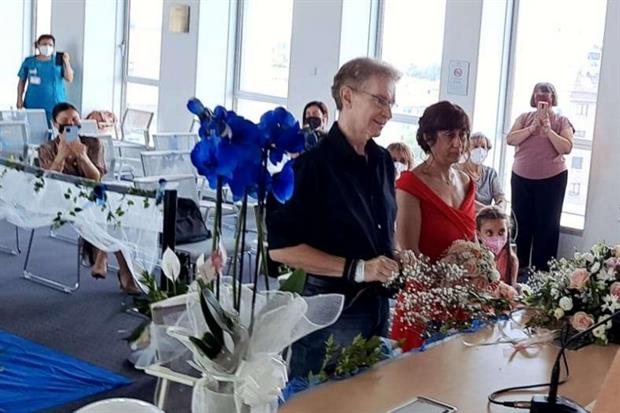 «I was too busy with work – says Vanelli, referring to his career as a manager -. We spend too much time chasing non-essential things. But what happened to me opened my eyes: I realized that life is a surprise. I had already decided to get married, but first Covid, then other problems and commitments had forced us to postpone. Here I have decided not to waste any more time. I said to myself: if not now, when? ». 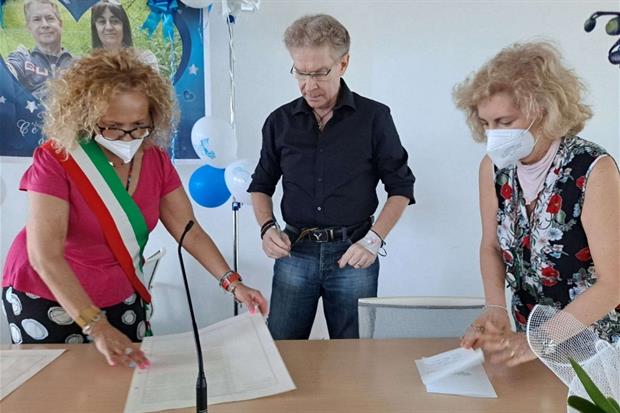 While speaking, Dr. Gerardina Fratianni, who is involved in her complex cardiovascular rehabilitation process, marks it tight. «Let’s cut short with the interviews – she admonishes -, she is getting too tired. Let’s make him sit down ». Vanelli, however, does not spare himself. He returns the congratulations and from behind the mask spreads grateful glances. “I have to say thanks to the doctors, the nurses, all the staff. They were extraordinary. From the outside, everything is taken for granted, only when you enter the health system do you realize what professionalism it consists of. If I am here it is thanks to them. And above all to doctor Simonetta Blengino, who saved me when I arrived in the emergency room ». 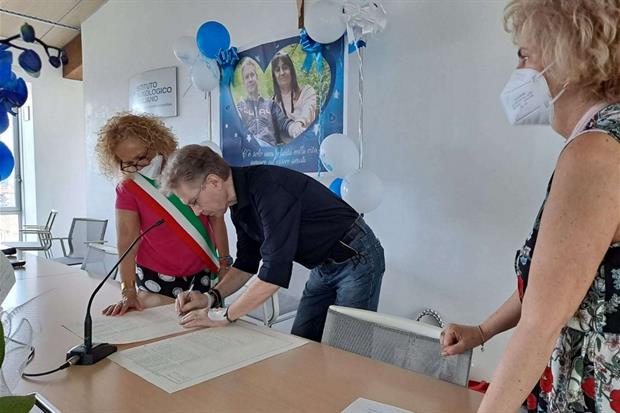 Two minutes later the doctor arrives. She is tiny, with two penetrating black eyes, she bends down in front of Vanelli and hugs him for an infinite instant. He is moved, she too. “I don’t know what to say – she comments, wiping her tears – except that in days like these I savor the pleasure of being a doctor”. Vanelli reiterates: «They are special people, they are angels». Words and thoughts fly high. Then they come back down to the depths of consciousness. To deal with the fear that everything could end suddenly. But also to find a light of hope. “I’m a Catholic, albeit in my own way. Little practicing. But in the hospital I prayed a lot, morning and evening. Maybe with a little selfishness. Even the Lord, like doctors, is remembered only when we are in need … ». 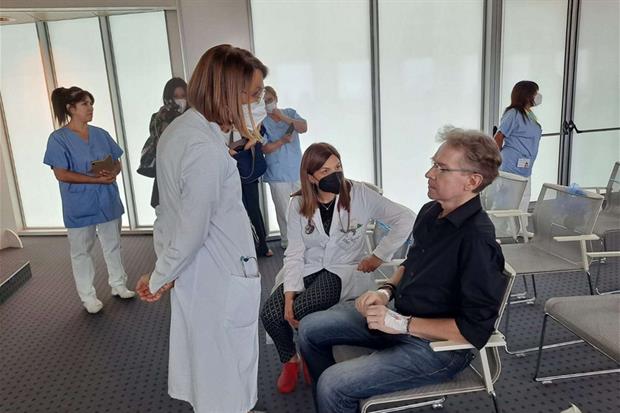 See also  Against Sony?It is rumored that Microsoft will push the Xbox Game Pass family subscription plan to debut at this time | Big community platform | Digital

Slow down, reflect. Here is the big lesson. And learn to take better care of yourself and others. Ready to be surprised by emotions. Like the one, very strong, that Vanelli feels when his daughter Sofia, 10, hugs him from behind. In her hand he has a bouquet, and after her yes he hands the wedding rings to her parents. “You are beautiful,” her father whispers. Marika, his partner for 12 years, is overwhelmed with happiness. She dressed in flaming red, with a slightly bewildered look, she takes a few seconds to grasp the right words. Strange place to get married, the hospital. «I certainly did not imagine it like this, this day. But he doesn’t count where, he counts with whom … ». 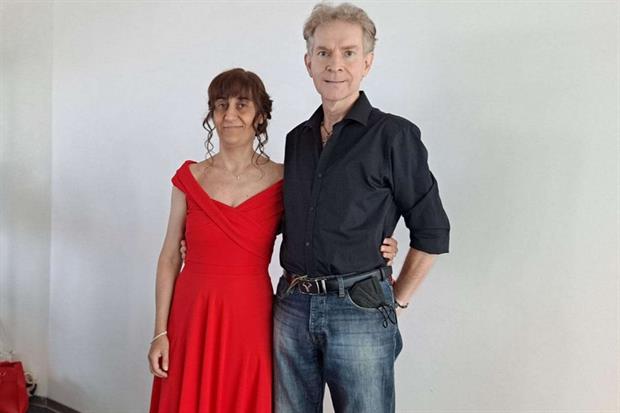 At the fateful “I declare you husband and wife” – it is the early afternoon of Wednesday 8 June – the guests explode into a convinced applause. There are a handful of relatives, doctors and executives in the room. The nurses, who have self-taxed to decorate the auditorium with flowers and decorations, take selfies “because something like this doesn’t happen every day.” They are witnesses of a love capable of overcoming suffering and worries. “We have slowly brought it up to today – comments Lia Crotti, head of cardiological rehabilitation of the Italian Auxological Institute (of which San Luca is a part) -. It was nice to have this party together. Now we hope to be able to send him home in the near future ».
However, the journey is still long and difficult, so much so that the patient has been placed on the waiting list for a transplant. Vanelli is confident even if he, he admits jokingly, “the engine is no longer what it used to be …”. It is useless, however, to feel sorry for yourself. Better to think positive. «From here you can enjoy an excellent view – he says looking at the roofs of Milan and the skyscrapers of the starchitects that sprout from the old Fiera district – and there is also a nice temperature. What more can I want? ».

See also  simple Pilates exercises to do in 15 minutes

Superbonus, companies at risk of bankruptcy in the Belluno area. Liquidity crisis caused by credit chaos

Announcement on Resolutions of the 20th Meeting of the Ninth Board of Directors of Hubei Energy Group Co., Ltd._Yangxin_Project_Proposal