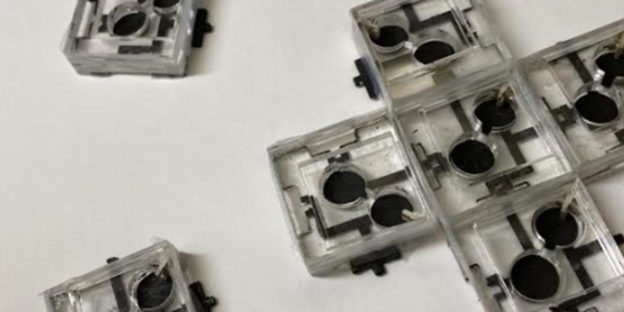 According to foreign media reports, engineers at Binghamton University in New York have developed a biobattery that contains three different layers of bacteria that can absorb sunlight and generate electricity. The results of the study were also published in the Journal of Power Sources.

The latest biobattery comes from the long-term project of Binghamton University professor Seokheun Choi, the report said. Choi has been studying biobatteries for years and found that the interaction of bacteria can generate enough energy to power IoT devices for several hours. However, a power supply of a few hours is too short, so in the new study, Choi set out to create a longer-lasting biobattery by combining multiple bacterial species that support each other.

In the latest study, Choi used three bacterial systems, all placed in separate spaces. Instead, the team stacked the spaces containing the different bacteria into three layers. On the top layer are photosynthetic bacteria, which get energy from sunlight to produce organic molecules to feed the bacteria below. The bottom used to be electricity-producing bacteria, and the bacteria in the middle produced some chemicals to improve electron transport.

After the team tested this latest version of the biobattery, it was found that a combination of bacteria as small as three square centimeters could last several states to generate electricity. This effect could power small sensors or electronics in remote areas without human supervision. The current version of the biobattery doesn’t have the means to generate a lot of electricity by itself, but like Lego bricks, it can be stacked and reconfigured very easily to provide the required voltage and current, depending on the device in use. Choi also noted that future R&D efforts will focus on enabling batteries to float on water and build self-healing capabilities when damaged.