Home Health Omicron, the symptoms and why it affects the bronchi more (and less the lungs) making it more infectious
Health

Omicron, the symptoms and why it affects the bronchi more (and less the lungs) making it more infectious

A different impact on the bronchi and lungs than previous variants (Alpha through Delta) made the Omicron variant much more infectious and probably less severe in terms of disease. But no less dangerous because of its ability to spread at great speed among the population, managing to outclass (above all) the natural immunity received from a previous infection and in part also that provided by the two doses of vaccine. Fortunately, however, the latest studies show how the booster dose is able to restore protection to high percentages. This was revealed by a study conducted by a team of researchers from the LKS Faculty of Medicine of the University of Hong Kong (HKUMed).

Symptoms, from sore throat to back pain

Data from South Africa, cited by The Sun, which analyzed 78,000 cases, show milder symptoms of the disease. It is not yet clear whether this derives from a different development of Omicron mutations, but it should be emphasized that a large part of the South African population has already come into contact with the virus (among these less than 30% are vaccinated) and this could have partly guaranteed some kind of protection. Experts say lower back pain and sore throat have been observed in patients with Omicron. Two new symptoms that could be risky especially if confused with normal daily ailments, thus avoiding a test by becoming a vector of the virus. Discovery Health‘s chief executive officer, South Africa’s largest private health insurer, Ryan Roach, said experts had noticed different symptoms during the study. These include, in fact, itchy throat and back pain.

According to the ECDC, the European Center for Disease Prevention and Control, data is currently too limited to assess the severity of Omicron-caused disease in the EU / EEA population with sufficient confidence. However, even if the severity of the disease caused by Omicron were to be equal to or less than the severity of the Delta variant, the increased transmissibility and consequent exponential growth of cases will quickly outweigh any potentially reduced severity benefits. It is therefore considered very likely that Omicron will cause further hospitalizations and deaths, in addition to those already foreseen in the previous forecasts that take into account only the Delta variant.

Omicron, bronchi and lungs: the differences with Delta

A study by a team of researchers from Hong Kong University’s LKS Faculty of Medicine (HKUMed) led by Dr Michael Chan Chi-wai provides the first insights into how the new Omicron variant is expanding around the world at great speed. infect humans in the respiratory tract. The researchers found that Omicron infects and multiplies 70 times faster than the Delta variant and the original SARS-CoV-2 in human bronchi, which may explain why it is able to transmit the infection faster than previous variants. Their study also showed that Omicron infection in the lung is significantly lower than the original SARS-CoV-2, which could be an indicator of lower disease severity. This research is currently under peer review for publication.

Tissues of the bronchi after SARS-CoV-2 infection

Dr Chan and his team successfully isolated the Omicron variant and compared the infection to the original SARS-CoV-2 from 2020 and the Delta variant that became dominant in 2021. They found that the new Omicron variant replicates. faster than the original SARS-CoV-2 virus and the Delta variant in the human bronchus. Within 24 hours of infection, Omicron replicated approximately 70 times more than Delta and the original virus. In contrast, Omicron replicated less efficiently (more than 10 times less) in human lung tissue than the original virus, which could suggest less disease severity. 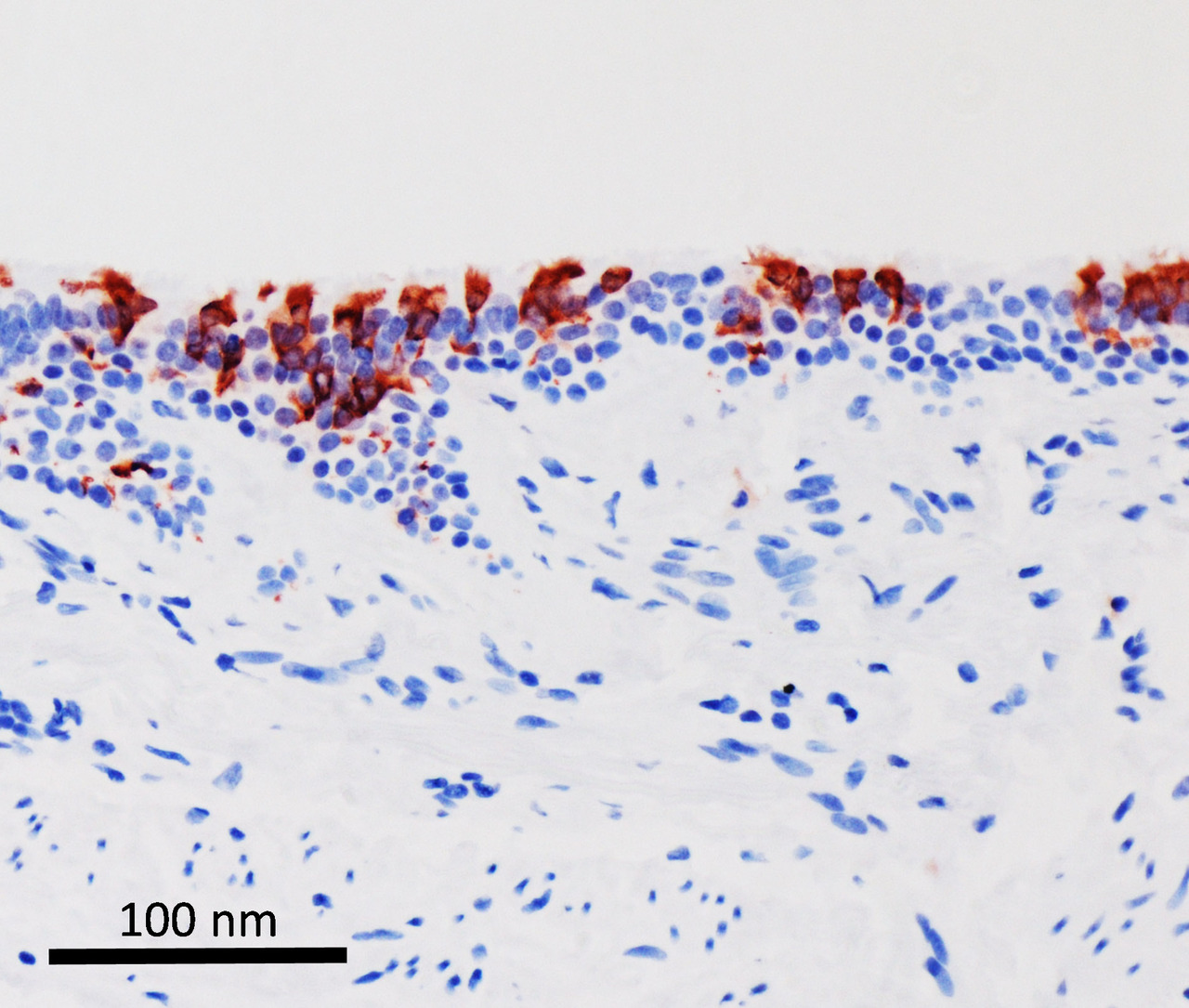 ‘It is important to note that the severity of the disease in humans is not only determined by the replication of the virus, but also by the host’s immune response to the infection, which can lead to a dysregulation of the innate immune system, the so-called’ cytokine storm. “” Dr Chan said. “It is also noted that, by infecting many more people, a highly infectious virus can cause more serious illness and death even though the virus itself may be less pathogenic. Therefore, along with our recent studies showing that the Omicron variant may partially escape immunity from vaccines and past infections, the overall threat of the Omicron variant is likely to be very significant. ”

The different impact on the bronchi and lungs compared to Delta

The importance of the booster dose

A recent study published in Medvrix measured vaccine neutralization potency from 88 individuals who received Moderna, 111 Pfizer, and 40 recipients of the Johnson & Johnson vaccine against early variants, Delta and Omicron. We included individuals who were recently vaccinated (less than 3 months ago), later in time (6 to 12 months ago) or who recently received the booster or who experienced a previous SARS-CoV infection -2. Surprisingly, Omicron neutralization was not detectable in most of the vaccinated individuals. However, individuals boosted with mRNA vaccines showed only 4-6 times less potent Omicron neutralization than the early variants, suggesting that the boosters are capable of producing a reactive neutralizing antibody response. Overall, the study highlights the importance of boosters for expanding neutralizing antibody responses against highly divergent variants of SARS-CoV-2.

Strambino. Lights and optimism waiting for Christmas “We are seeing signs of recovery”

Walking plank: what it is and what are...

“the health service is shutting down”

Whooping cough vaccine in pregnancy: here’s what to...

here’s why (and how to fight it)

here’s why (and how to fight it)

Blood sugar, this is the trick to keeping...

The node of the waiting lists, the shortage...