LECCE – Salento, in terms of health, was a happy island. At least until a few years ago. Now the trend seems to have abruptly reversed: in 2018, in fact, about 5 thousand people fell ill with cancer and 2 thousand 340 died. Throughout Italy, 187 thousand deaths were recorded, according to Istat data. And the South of the country is precisely the portion most tormented by the incidence of deaths.

“These data are severe and contradict certain triumphalistic tones of medicine which speaks of 50 percent of healings, but does not explain the whole phenomenon: alongside the positive index of healings there is in fact the negative index of the explosion of incidence – has explained Giuseppe Serravezza, scientific director of Lilt Lecce -. An intelligent and responsible strategy cannot focus all resources only on the treatment of the disease: interventions are needed to prevent people from getting sick, acting on the causes that must be sought “.

According to the well-known oncologist from Salento, “the pharmaceutical industry market needs the sick and has no interest in reducing that number”.

On the contrary, therefore, a synergistic action of primary and effective prevention, which acts on lifestyles, promoting a healthy diet, physical activity and stopping harmful habits, such as smoking, “instead reduces the number of patients and benefits the national health service; we must change the cultural approach to the problem, working not only on patients, but also aiming at safeguarding public health ”.

The concept of prevention, which starts from the younger generations, is the fulcrum of the discussion that revolves around the first “General States of Cancer Prevention in Salento” organized by the Italian League for the fight against cancer (Lilt) of Lecce and presented today in Ecotekne center of the University of Salento.

The project that involved UniSalento, the ASL of Lecce, the provincial school office, the Province of Lecce, with the participation of numerous professional orders, trade unions, environmental associations was conducted between the end of 2019 and 2021 with the aim to trace the lines of a prevention policy that embraces all aspects of the problem: from individual behavior to the environment, from the world of work to the education of children. At the end of the works, a white paper was produced containing a complete prevention plan, with the collaboration of Unisalento which was scientific partner in the ten laboratories. 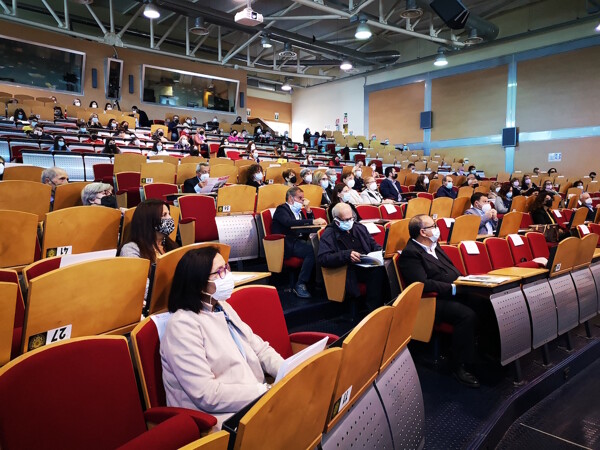 The study directly involved the schools and its students who expressed their opinion on the initiatives that, in their opinion, should be undertaken.

The guest of honor at today’s presentation of the project, in a classroom packed with citizens and representatives of institutions, was Professor Silvio Garattini, 93 years old, founder and president of the “Mario Negri” Institute of Pharmacological Research who gave a lecture on the topic “The future of our health”.

“Today we deliver to the Puglia Region and to all the institutions present the results of a long scientific and social consultation on the topic of cancer prevention, which we have summarized in the white paper and in the final resolution of the Sgpt, a real proposal for action, the latter, which we hope will inspire the future political actions of governments at various levels, so that the conditions are really created for a collective culture of cancer prevention, not only secondary and tertiary, but also and above all primary “, said the oncologists Carmine Cerullo and Giuseppe Serravezza, respectively president and scientific director of Lilt of Lecce. 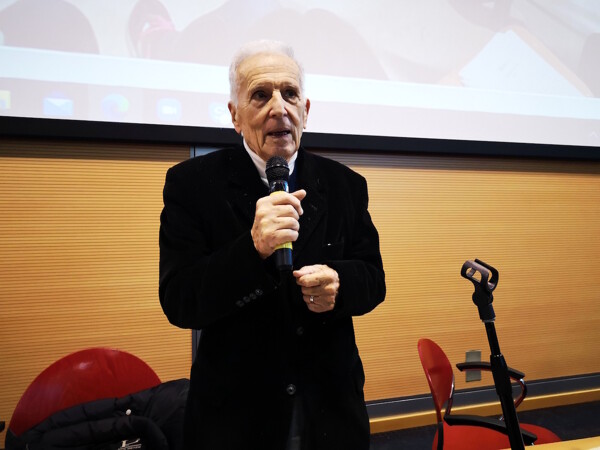 The president of the Puglia Region took the floor for the greetings Michele Emiliano and the regional councilor for health Pier Luigi Lopalco, both in remote connection, then the national president Lilt Francesco Schittulli, the president of the newborn Degree Course in Medicine and Surgery MedTec of the University of Salento Luisa Siculella, the general director of the ASL of Lecce Rodolfo Rollo, the president of the Medical Association Donato De Giorgi, the provincial councilor in charge of environmental protection and enhancement Fabio Tarantino and the mayor of Lecce, Carlo Salvemini.

This was followed by the master’s lesson by Silvio Garattini: “More than 50 percent of chronic diseases (diabetes, heart, respiratory, kidney failure and so on) are preventable, – he said – as well as 30 percent of senile dementias and more than 70 percent of cancers, yet they die. 150 thousand people a year of cancer in Italy. It would be enough to adopt the so-called good lifestyles (no cigarettes, alcohol, sedentary lifestyle, healthy eating, etc.), which depend on us and on civil society which must facilitate their implementation. Prevention must start at school, must permeate the training of doctors and health managers, and must be a priority. The appearance of diseases must be considered the failure of medicine ”. Garattini then highlighted how much Prevention in Italy “is completely neglected, since it is easier and more economically advantageous to develop research on the front of therapies”.

“Prevention is something that we have forgotten in Medicine, – he remarked – we do not talk about it because Prevention is in clear conflict of interest with the market. Prevention cuts the market because it avoids diseases, most diseases do not rain from the sky, but it is we who inflict them on ourselves and then maybe we complain because they arrive ”.

The pharmacologist then addressed various issues, from that of the abuse of supplements, “which are good only for those who sell them, because those who buy them would only need to correct the type of food they consume”, to the lack of independent scientific information and research.

A large passage of his lectio was also dedicated to the fundamental role of the national health system (NHS) and the necessary changes.

“The future of our health – he said – depends a lot on our national health service, an extraordinary asset of which few know the advantage, because they do not know what was there before the NHS. We have to improve it, strengthen it, because the covid has certainly made us see some areas of weakness better. We need to invest more and better, for example, in local medicine, creating the so-called community or health houses where to bring together more doctors who collaborate to keep the clinics open seven days a week ”. 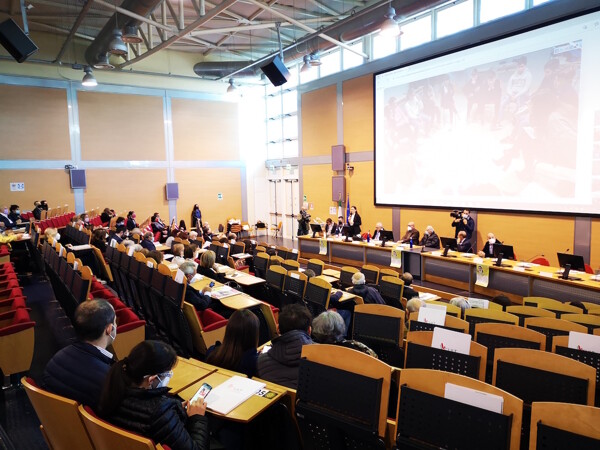 The president of the “Mario Negri” concluded with an exhortation to “export nationally projects like this proposed by Lilt of Lecce, to implement a real cultural revolution on the theme of cancer prevention”.

The conference continued with the presentation of the results of the three actions envisaged by the project. The sociologist Luigi Spedicato, coordinator of the project for the University of Salento, illustrated the work carried out within the ten thematic laboratories on cancer prevention which saw the participation of numerous university professors together with representatives of professional orders, trade associations, trade unions and other territorial associations.

Anna Lucia Rapanà, psychologist and trainer Lilt Lecce, spoke about the great work carried out by Lilt operators in schools during the school year 2020/2021, at 25 comprehensive institutions in the province and with students between 9 and 14 years old, called to reflect on the theme of prevention primary, in particular on behavioral and environmental risk factors, and to put forward proposals in the context of the “Children’s Parliament”. In the end, Giovanni Zizzari, IT consultant and data manager, illustrated the results of the online consultation on prevention issues. 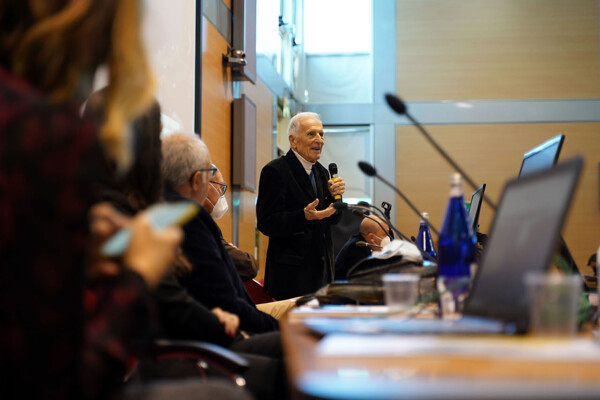 Change of frequencies, chaos explodes in Canavese too: “We, antennists and a bit of psychologists”

From Perceptron to Google: Whenever we thought an...

The national life expectancy is only ten years?!...

Activision confiscates weapons and even fists of cheating...

Pixel 7 Pro will upgrade the screen, the...

for unpopular solutions you need to have the...

The infinite epidemic: summer in the balance with...

Losing weight after 50: mistakes and foods to...