Home Health SAN DONATO Heart patient and in a wheelchair, hope for a 14-year-old Ukrainian at the Polyclinic
Health

SAN DONATO Heart patient and in a wheelchair, hope for a 14-year-old Ukrainian at the Polyclinic 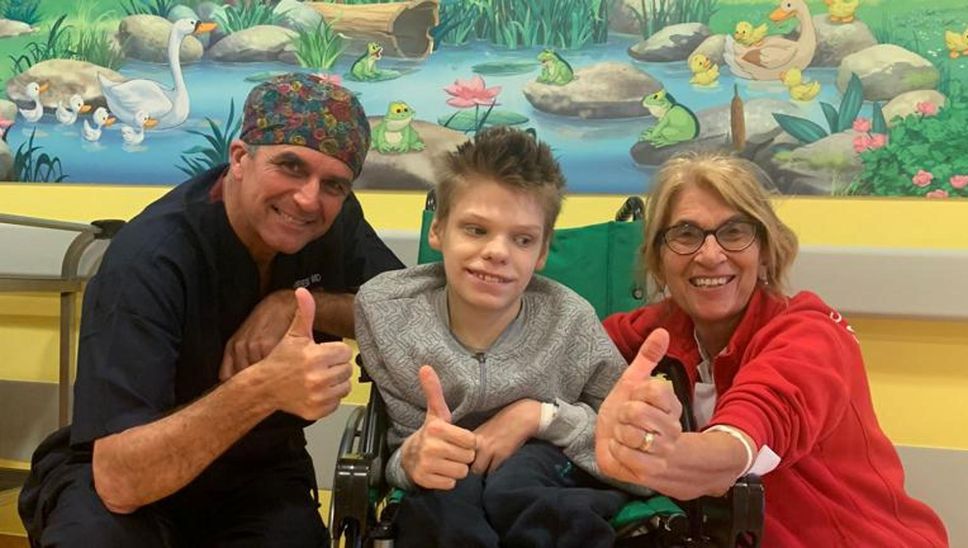 Heart-sick and wheelchair-bound by severe scoliosis, 14-year-old Danil left the family home where he lived in Ukraine to be treated at the San Donato Polyclinic. It was a difficult journey of hope for the teenager who lived in his country in a structure for orphans where he had been inserted for years now as his mother had difficulty caring for him and his 5 brothers. But the affection with which the hospital doctors welcomed and treated the young man, who arrived scared, without family members accompanying him, in a land where very few spoke his language, rewarded him. In fact, after two unsuccessful operations he had undergone in Kiev, the surgery carried out by Dr. Alessandro Giamberti – Head of the pediatric cardiac surgery units at the local hospital – solved his major health problems that were caused by a congenital heart malformation. And while Danil has recently begun to face the rehabilitation period, an organization has already set in motion for him that looks to the goal of also treating spinal problems that prevent him from walking.

His touching story began when Giamberti asked the contact person of the non-profit organization Nabat, linked to the Ukrainian community, if she was aware of cases of cardiopathic patients in critical conditions who needed to be operated on. In the following days, this volunteer put Giamberti in contact with doctors from the Amosov Institute in Kiev who, during a couple of videoconferences, illustrated the situation of Danil, who was born affected by Fallot’s tetralogy and who has always spent the its time in bed or sitting due to scoliosis.

“We did everything possible to get Danil to Italy as soon as possible – explains Giamberti -: being an unaccompanied minor, it was necessary to identify a legal guardian, a lawyer from Monza who was very good, after which he was accompanied to on the border with Romania, which is a country with which the San Donato Group has already opened a healthcare collaboration, and at that point Danil was able to reach Italy. We all loved him immediately – observes the luminary -, and the associations involved in the hospital did everything possible to make him feel at ease. In September – concludes the head physician – his clinical picture for the orthopedic aspect will be analyzed by Professor Marco Brayda Bruno of the Galeazzi hospital, because we want to see Danil walking ».

Ivrea, historic center and neighboring areas without water in the night between Tuesday 5 and Wednesday 6