Home Health Scalpels and organs, from the waters a treatise on medicine – Culture & Shows
Health

Scalpels and organs, from the waters a treatise on medicine – Culture & Shows

IImagine a temple that is also a hospital and, why not, that does the pure functions of a spa. A place immersed in a fairytale nature where you can gather to pray or to ask priests for an oracle about the future. But then where you can immerse yourself, even in the middle of winter, in the boiling and healing water of swimming pools of all sizes to find comfort in the weaknesses of the body under the benevolent eyes of the gods. Founded and lived by the Etruscans, who were at home here, and then handed over to the Romans with an osmosis of science, religion and culture that seems to have very few equals in the ancient world, the sanctuary of Bagno Grande in San Casciano in Tuscany was a little bit of all this. “A space of care and prayer” summarizes Jacopo Tabolli, the archaeologist of the University for Foreigners of Siena who since 2019 has been leading the excavation mission to bring the ancient sanctuary back to light.

A wonderful place, in short, where among the thousand shades of green of these hills people came to seek health and to pray, lulled by the water that still today as 2300 years ago flows from the earth at a temperature between 38 and 42 degrees. To tell the story are first of all the ex-votos: dozens and dozens of legs, arms, ears and then livers, wombs, penises. All reproduced in bronze, the feature that makes this sanctuary unique in the ancient world. And in many cases covered with inscriptions, either in Etruscan or in Latin, which are then dedications to the divinity and sometimes indications on the very special characteristics attributed to this water. But among the objects offered to the divinity and for this reason placed with care in the largest and deepest pool of all – the one reserved for the sacred, in fact, where perhaps one would look out to pray but never dive – there are some that suggest that this center was much more than a spa complex. These are medical tools of all kinds, a surgeon’s scalpel, a specillum. In addition to two incredible “polyvisceral” in bronze, in practice stylized representations of the human entrails, which here however appear “accurate as a Tac”, points out Tabolli. Also in this case they are votive offerings offered to the divinity: “they are from Roman times but they recall the Etruscan tradition of which they testify and somehow recognize the great medical knowledge”.

See also  Telemedicine in action: here are 10 ways it will change our lives 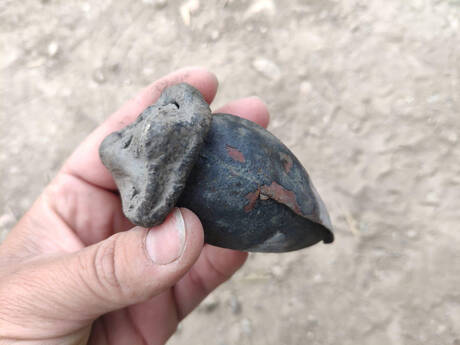 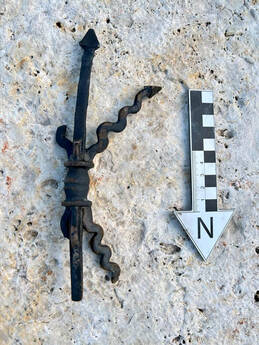 In short, the sanctuary of the Bagno Grande was a place where medicine was really practiced, with priests who probably also acted as doctors. And always following the Etruscan tradition, medicine here was accompanied by divination, with the haruspex who interpreted lightning and thunder, and therefore the signs of nature, and at the same time “read” the bowels, in particular the liver. “Divinatory practices are linked to the medical therapeutic universe that found their favorite places in the sanctuaries”, explains Tabolli again showing a beautiful bronze thunderbolt, also found among the gifts to the gods of the large basin, “even water here he had an oracular power “. One of the hypotheses is therefore that in this sanctuary, so important that it is known and frequented by the exponents of the wealthier classes and even by the emperors, next to the spectacular scenery of the pools distributed on various levels, with the large portico, the fountains, the altars there were other structures: protected places to stay and spend the night, but also, who knows, rooms for medical examinations and surgeries, rooms for hospitalization. 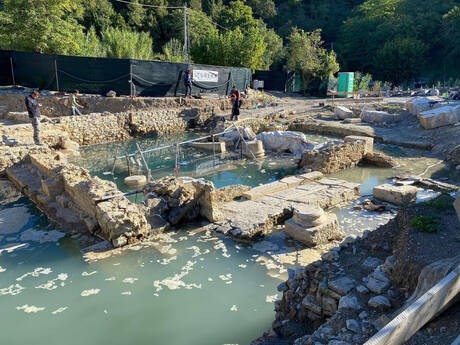 All questions that the next excavation seasons could help to clarify, Tabolli is passionate about. Meanwhile, the experts summoned by the team of archaeologists are working to study the geochemistry of this water. And he who knows that more than two thousand years later the medical knowledge of the Etruscans is not yet confirmed as useful.

Maneuver, how the flat tax works up to 85 thousand euros for self-employed and VAT numbers

How to strengthen the immune system: here are...

SMA, play ahead thanks to genetic testing

To control eating disorders you need to study...

Influenza in Rome, pediatricians: «It spreads quickly among...