Home Health Stop paying visits, a patient writes to Av3: “Create problems for those who are serious”
Health

Stop paying visits, a patient writes to Av3: “Create problems for those who are serious”

MACERATA – A man from Corridonia, who two months ago underwent open heart surgery for aneurysm of the aorta, addressed an open letter to the director Daniela Corsi, after the decision to stop the paid activity of some doctors because they had passed the expected threshold

A month’s stop in the free-professional activity – for a fee – of a dozen doctors from the Cardiology, Geriatrics and Medicine departments of the Macerata hospital. The reason is the exceeding of the 50% ceiling for professional activity which, in essence, by law cannot exceed – in terms of number of services – that carried out in the departments. Stop the doctors, as has been written, but also stop the visits already booked. Cancellation of visits that is creating problems for patients struggling with exams, visits, services that are not always easy to obtain. They are often a mirage. The story of the stop to some doctors sparked a series of comments and also highlighted practical problems that had also been hypothesized.

One of the people from Macerata indirectly involved in the block decided to present his case and make some reflections public: he did so through an open letter to the director of Av3 Daniela Corsi, sent to Cronache Maceratesi. “Dear Daniela Corsi, my name is Antonio V., I live in Corridonia and I read in Cronache Maceratesi that you or your collaborators have decided to suspend the freelance activity of some doctors. I understand that this decision arose from the fact that the law must be respected, evidently from your control it turned out that some doctors have exceeded the threshold of paid services and on this I have nothing to object. However I would like to point out that your decision could have caused serious problems for patients with serious diseases, such as myself for example». 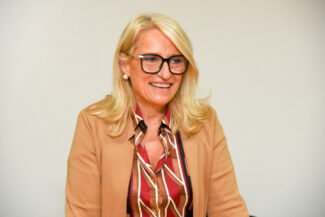 The man recounts his experience: “Two months ago I underwent an open heart surgery for aortic aneurysm, exactly 2 months after the operation I should have undergone a cardiological examination, having exceeded 65 years I have the exemption from the ticketit is useless to tell you that I tried to book a visit to the Cup Marche, but I would have had to wait months, in this period I made several visits and several exams, more than half for a fee, precisely because due to my physical condition I have to comply with these checks exactly on schedule from the discharge report “.

See also  Smart working, 48% of Italian companies will continue to implement it

Illustrated what those who need exams and visits in certain times are forced to do, the man addresses the manager of Av3 directly: “I don’t have the pleasure of meeting you very kind doctor Corsi, but I imagine that many qualities and above all intellectual skills above the average are needed to play his role. Because of this I am amazed that, before making this decision, it did not occur to her to look for, among the patients who had booked, someone who was in such a health condition that she could not postpone a visit. Surprising public opinion with this kind of initiatives, which in reality should be logical and spontaneous, would make the difference and give hope and optimism to many people in difficulty ». The final appeal: «Dear Dr. Corsi, I hope that among your many commitments you will find the time and perhaps also the desire to give your opinion to this outburst of mine. I wish you good work and above all good health ».

Macerata, too many paid visits Av3 blocks the activity of some doctors

back to home Page

Lombardy, Letizia Moratti is a candidate for the third pole. Pd: “We do not support it”

Lenovo Legion i7, the test of the most advanced gaming laptop of the moment

The protest of three sports clubs: “We die...

Diet of 5: what is Antonella Clerici’s diet...

The future of medicine also depends on …...

Flu and cold? These are the only medicines...