Home Health The “bangs” of the iPhone 13 have not only shrunk, they have also become stronger | TechNews
Health

The “bangs” of the iPhone 13 have not only shrunk, they have also become stronger | TechNews

There are various rumors before the release of the new iPhone every year, and the size of the “bangs” has always been the focus of attention. On the second day after the iPhone 13 series was released, news emerged on the Internet that the iPhone 14 will use a “hole-digging” screen. 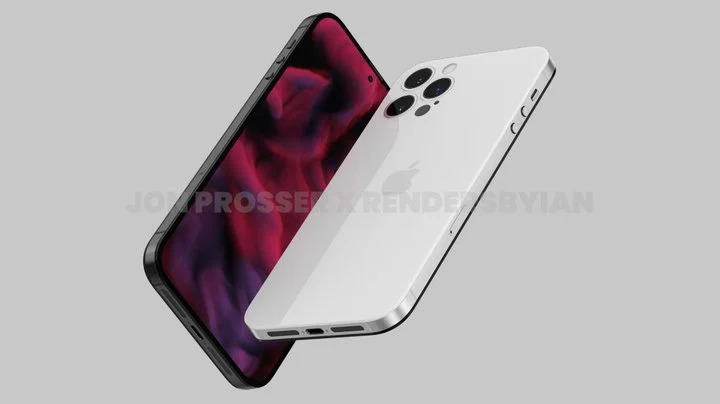 True. In the pre-dawn darkness of the full-screen era, there are many different kinds of screens such as digging holes, water droplets, and bangs. Users all hope that the top Apple in the industry will provide a solution that is beautiful, safe, and practical. It’s just a matter of fact, iPhone X began to introduce the Face ID of 3D structured light in place for four years, and its size, ease of use, and security have all stagnated.

The subsequent use of Apple Watch to unlock the iPhone is not an evolution of the Face ID function, but more like using ecological advantages. 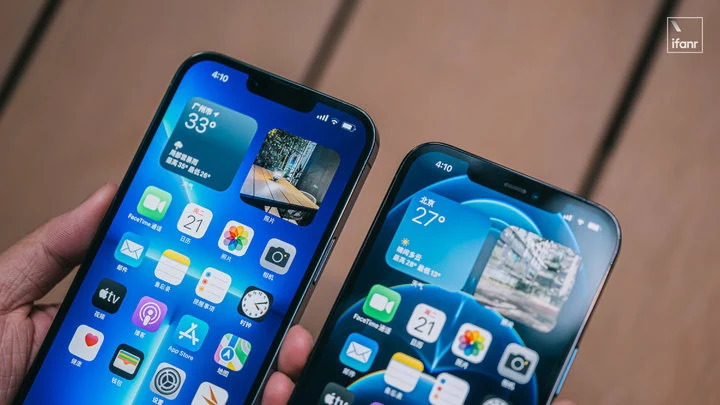 Four years later, to the iPhone 13, the bangs finally shrunk, but the function has not changed. Rumors that “accuracy increased by 2 times”, “can be unlocked with a mask”, etc. have not appeared. In addition to “beautifulness”, there is no substantial upgrade, and it is still not friendly to wearing a mask to unlock. No matter how you look at the iPhone 13 series Face ID, it is like squeezing toothpaste, adding a selling point.

After the iPhone 13 series was released, the famous teardown website iFixit uploaded a detailed teardown report. The summary is that the integration is higher, and the space saved is for the battery and lens module. 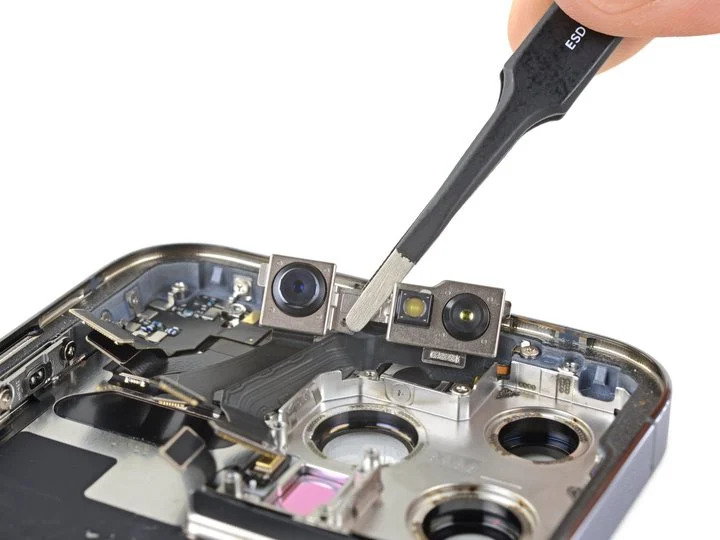 The “bangs” at the top of the front have changed significantly. At the same time as the volume is reduced, the arrangement of the components has also changed position, and the earpiece has moved up and is no longer integrated into the screen. In theory, it is easier to replace the screen. Conversely, the handset replacement is more complicated, and the fixing screw is pressed by the main board, so the main board must be removed to completely take out the handset.

See also  All you need to know about Roblox, the game development platform loved by youngsters 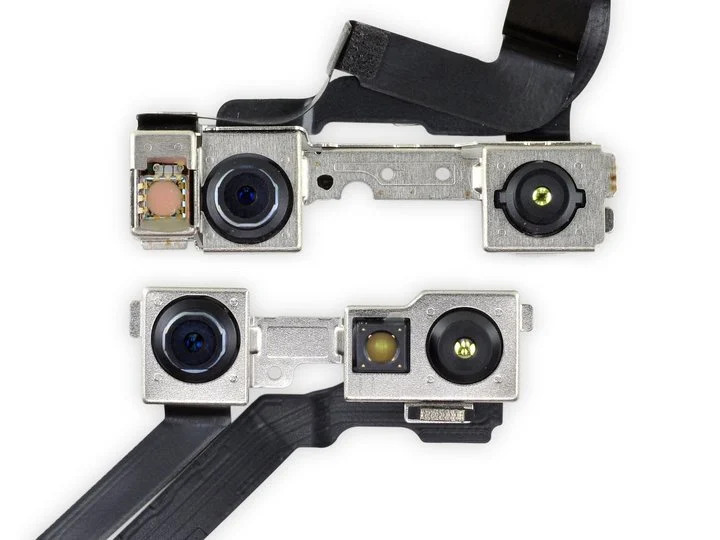 The screen cover also lacks the Face ID “flood illuminator”, which is integrated with dot-matrix projection, that is, the iPhone 13 series bangs are missing an opening, which is also the reason why the bangs have become smaller. 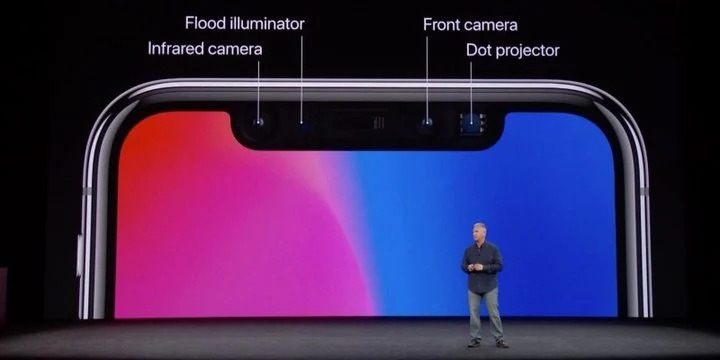 From a hardware point of view, the smaller size of the iPhone 13 bangs is related to the integration of components and the optimization of the arrangement.

Security has not been improved, but it is actually the biggest improvement

Apple did not write more about the smaller Face ID module. It only took 20 seconds to explain “smaller volume” and “more display area.” After the reduction, the Face ID module still stopped at a safety rate of one part per million, but it failed to prevent it from being “the most secure biometric identification for smartphones currently.”

The principle of Face ID or 3D structured light authentication is not difficult to understand. It is roughly divided into three parts, the first is identification, the second is the construction of a 3D model, and the third is converted to data comparison. The more important thing is the accuracy of the 3D face model. In order to obtain sufficient facial features, the dot-matrix projector will project 30,000 positioning points, and then capture the reflected positioning point information through an infrared lens.

Different positioning points have different reflection times, which can draw accurate facial contours, and finally compare the exported numbers with the original iPhone data. In the first generation of Face ID (iPhone X to iPhone 12), in order to obtain more accurate depth information, the distance between the dot-matrix projector and the infrared lens is maintained at 27 mm, and the component position has not changed, creating the iPhone “wide” bangs.

See also  Round of 3.5 million for Young: the cryptocurrency platform is worth 18.5 million

In the iPhone 13, the bangs were reduced and the components shifted, which also changed the “27 mm” that determines the accuracy, and the distance was shorter. However, the accuracy of Face ID remains the same after scaling down, which is not a small upgrade from a technical point of view. To achieve small goals, one is to upgrade the industry chain technology, and the other is the neural engine algorithm of the A15 Bionic chip.

Apple is the last and only player of 3D structured light

Face ID (3D structured light) is Apple’s next-generation biometric identification technology, which is more secure than Touch ID and has a better user experience. From the iPhone to the iPad, and then to the future Mac, Apple step by step to promote all product lines, it can be regarded as the trend of the Apple era. There are also structured light products in the Android camp, but with the avoidance of patents and the pursuit of larger screen area and differentiation, Android has turned to fingerprint recognition under the screen.

Before Apple Face ID entered the market, it successively acquired face recognition technology companies such as PrimeSense and PolarRose. The Advanced Manufacturing Fund invested twice in II-VI with a total of 800 million US dollars in order to expand its scale and create employment opportunities. The cooperation with II-VI is not limited to the Face ID module, and started to cooperate in the development of LiDAR modules, and arrange AR glasses in advance. 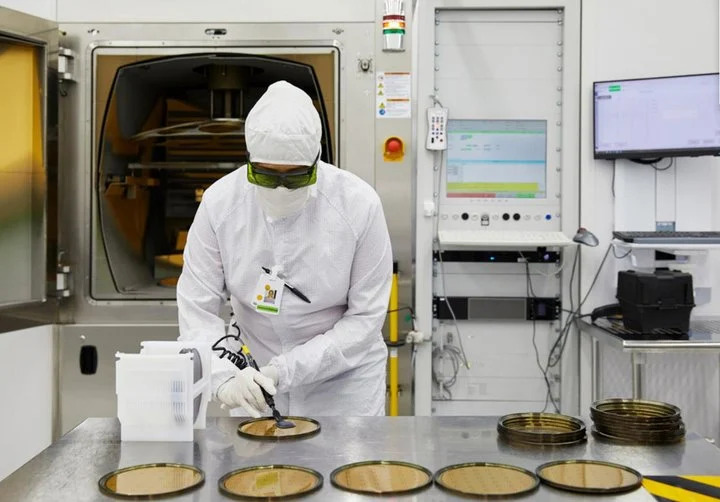 The Apple Advanced Manufacturing Fund also provided Corning funds, and Corning has grown into an indispensable company in the smartphone industry. Assuming AR is the next frontier, II-VI may be the “Corning” of the AR industry chain.

Continuously acquiring facial recognition companies, Apple has obtained a large number of patents, coupled with the control of the industrial chain, the wall has become higher and higher, making the iPhone the only 3D structured light smartphone left, and also making Apple the only player in consumer products.

In the Apple universe, a 20% reduction in size may condense Apple’s years of hard work. The Android camp also has biometric identification such as ultrasonic fingerprint unlocking that takes into account safety and efficiency. There is even more off-screen lens technology, which makes people feel that technology has indeed advanced.

If you don’t put the iPhone 13 and iPhone 12 together, it’s hard to feel that your bangs have shrunk by 20%. In 9to5Mac’s reader survey, many people think that “bangs” has become the iPhone logo, and even said that Apple deliberately reserved it to maintain its uniqueness. But the iPhone 13 series bangs are only reduced by 20%, suggesting that Apple has no choice but to keep bangs.

At MWC in February this year, China Guangjian Technology and ZTE launched an under-screen 3D structured light technology, and ZTE demonstrated the prototype. There are still many problems to be solved just when the product is available for mass production. 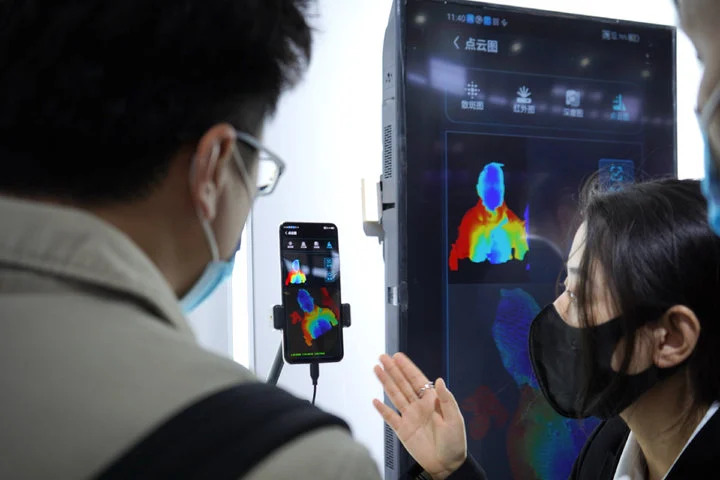 ▲ ZTE showcased the 3D structured light solution under the screen, claiming to be a safe payment level, but did not disclose the mass production schedule.

According to Apple’s technical reserves, there will also be many Face ID alternatives, and there may even be 3D structured light solutions under the screen, but they are not mature, and the iPhone will be upgraded and updated with a stable strategy.

Behind the shrinking of the iPhone 13 bangs, there are many efforts and technological upgrades. However, in the context of the popularity of digging screens and the gradual popularity of under-screen cameras, Apple’s Face ID 2.0 technology upgrade is a milestone in 3D structured light technology, but it can only be regarded as a “trivial” progress.

(This article is authorized to reprint by Ai Faner; the source of the first image: Apple)

What are the prospects for many heavyweight players to miss the Guoyu Cup for the Tangyu Cup? -Mobile phone Xinmin

It only takes you 4 minutes to get...

Autism, no link with epidural at childbirth

These are the secrets that everyone should know...

Mudimed, the history of medical science is online

What are the Stroke Units