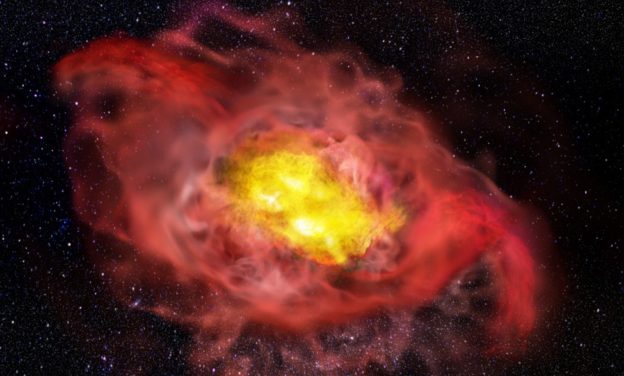 The A1689-zD1 galaxy was first observed by the Hubble Space Telescope in 2007, when it was one of the most distant galaxies known from Earth (the most distant galaxy ever discovered). Since the discovery of A1689-zD1, astronomers have continued to study, the redshift value (redshift) z=7.13, it is estimated that it is about 13 billion light-years away from the earth, indicating that this galaxy appeared about 700 million years after the Big Bang.

A1689-zD1 is thought to be a young star-forming galaxy, slightly less luminous and massive than the Milky Way. Relative to “massive” galaxies, astronomers see them as important samples for studying the evolution of “normal” galaxies. Recent observations and analysis have found that the size is larger than originally thought, and a large amount of high-temperature gas flows out of the core, and a halo of low-temperature gas is emitted from the periphery. This phenomenon is more active than the galaxy formation model previously recognized by scientists.

Just in front of A1689-zD1 is the Abell 1689 galaxy cluster. Through the gravitational lensing effect of the Abell 1689 galaxy cluster, the light of A1689-zD1 is focused and its brightness is brightened. Both the Spitzer Space Telescope and the Hubble Space Telescope can observe A1689-zD1, but the clearest galaxy image data is observed by the Atacama Large Millimeter and Submillimeter Array (ALMA). Details that space telescopes can’t show. 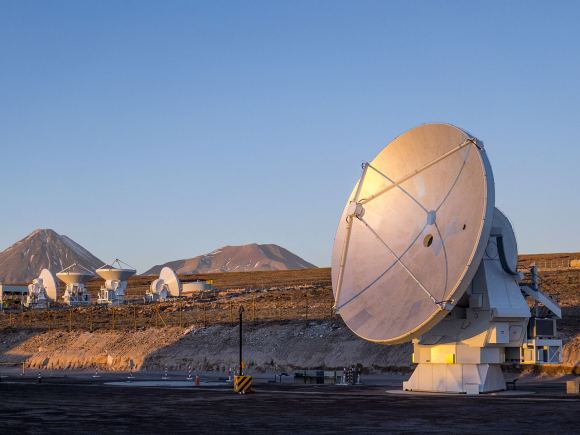 Although this type of gas may also result from structural disruption during mergers or outflows in the early stages of galaxy formation. Either way, it means the galaxy was very active early in its formation. The discovery had a major impact on theories about the formation and evolution of galaxies in the early universe.

The team also found evidence of an outflow of high-temperature ionized gas from the center of A1689-zD1, which typically represents an extremely high-energy event, such as a supernova explosion at the center of a galaxy or a powerful jet from a black hole accretion disk. How these hot gas outflows correlate with halos of cooler carbon gas at the galaxy’s periphery intrigues researchers.

The researchers speculate that gas halos were seen in the young galaxy A1689-zD1 in the early stages of the universe, suggesting that it may be common. The researchers will continue to observe galaxies of similar age in the early universe to determine whether A1689-zD1 is normal or abnormal in size and activity. In the future, it is also expected to use the observation data of the Webb Space Telescope to obtain more samples. The research is published on the ArXiv website. 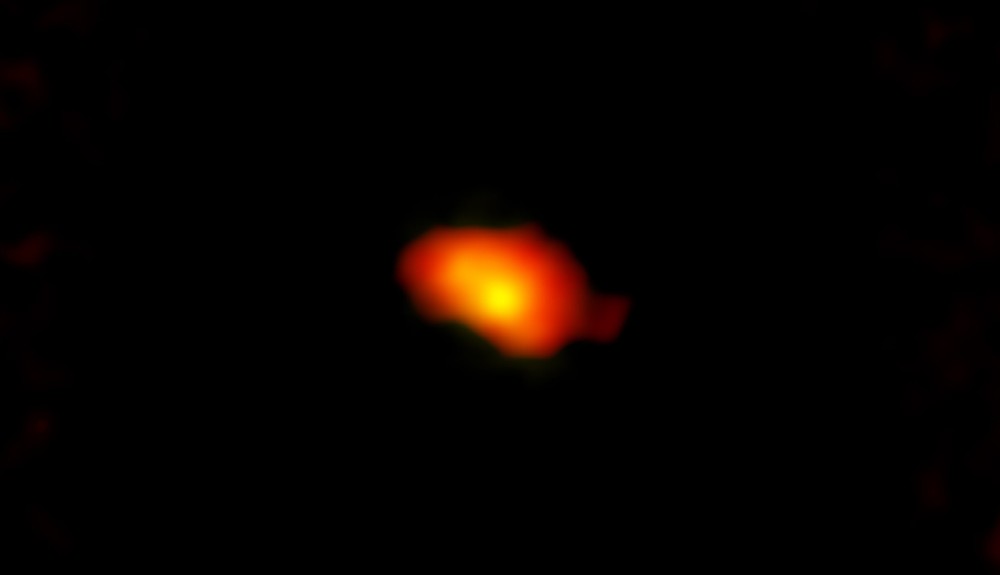 ▲ A1689-zD1 is located in the Virgo constellation cluster, and the gravitational lens effect makes it appear to be 9 times brighter. (Source: ALMA)

(This article is reproduced with permission from the Taipei Planetarium; the first picture is the schematic diagram of A1689-zD1, source: ALMA)

Too hungry? It could be a serious illness, the tests need to be done

how does the application process work?

He eats a sausage and ends up in...

Flat stomach, how to have a sculpted belly?...

Phobias, which are the most common? Here’s what...