Home Health The Lombard health care reform does not change anything, indeed it makes things worse: this is why / 1
Health

The Lombard health care reform does not change anything, indeed it makes things worse: this is why / 1

The umpteenth health reform arrives in the classroom of Lombardy Regional Council on November 10. The bill was supposed to fill two main vulnerabilities, bequeathed to us by Formigoni and Maroni. Instead nothing, and even worse.

I publish today on the blog de ilfattoquotidiano.it the first of four bets on Fontana reads.

In Lombardy still discussion on health. The expert: “So the Moratti reform risks handing it over to private individuals”

The serious errors of Formigoni and Maroni remain intact

The main responsibility of the Formigoni reform was to ridicule the role of the Lombardy Region in health planning. I am not an enemy of the quality contracted private sector, but programming means starting from an analysis of the health needs of the population (task of the regional epidemiological observatory), and planning the services that the citizen needs.

Let’s take a classic example that applies to all services: how many beds of cardiac surgery do we need today and in five years? Having assessed the number, the Region decides, in compliance with the DM70 (a fundamental law that establishes the principle that the quality of care depends very much on the quantity of procedures performed in a given ward), the minimum number of cardiac surgery beds necessary for a ward to be how many / qualitatively effective and therefore how many (and where) departments to open, close, merge, strengthen. In this context, the Region decides if and how many departments to accredit to the private sector and how many to the public.

As regards the private sector, since the specialty I have chosen as a very profitable example, if I credit 30 beds, I ask the private individual to also open a 40-bed ward. geriatrics o 7 clinics for pelvic floor gymnastics, less profitable specialties, which I need, as it would emerge from the study of the needs of the population, if there was a real one and someone studied it.

The conclusion is that I program-accredit-contract the services with the private individual, negotiating his just and legitimate gain, but starting from health needs of the population. The Celeste, essentially, for twenty years made the private individual choose what to invest freely. Fontana nothing changes, indeed it gets worse. 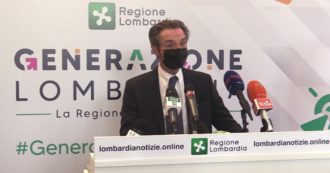 Lombardy, healthcare excellence is a myth: here is the evidence (if the pandemic were not enough)

The main responsibility of the Maroni law was to ridicule the role of local medicine and preventive medicine (which was born in Lombardy thanks to Prof. Carreri) by assigning its management to the ASST, which are inside the hospitals, whose core business is the management of hospitals, if only because hospital medicine has an incomparably larger budget than local medicine. Hospital medicine and community medicine have the same importance for our health, but one is expensive and one is cheap. If the same person is responsible for both of them (the director of the ASST), where will he focus his efforts?

According to Agents: “The current financing system favors hospital-type disbursement activities over territorial activities and is mainly oriented towards quantitative monitoring, disconnected from the quality of the services provided”. This was the coup de grace that led to the desertification of local medicine. Covid shows how much blood flows in the valleys, in the plains and in the city if the organization of health services lacks overall coherence. Fontana nothing changes.

I can say that it is three years and six months since the beginning of this political experience that I have been preparing for the reform of Law 23. This crooked law was the main reason why I applied. I’ve worked with tons of outstanding healthcare professionals and I couldn’t accept that we were, was (healthcare) handled so badly. I have studied all the legislative measures on the subject and I have been confronted with the leading experts in the sector. Resolutions on the chronic patient, Polis study on waiting lists, the rulings of the rules, the documents of the Control Agency of the social and health system, the reports of ORAC, the analysis of the GSA centralized health management, the counter-reform for the appointment of directors general, the schizophrenic and contradictory documents of the ATS that each manage the same situations in its own way.

Everything that the Italian governments have written on the health chapter of the Next Generation Eu, everything that the Region has written and said about the organization of health policies, I had the pleasure and felt the duty to study. When, in May 2020, Fontana admitted that the law needed corrections, he named five wise men very authoritative to provide opinions. Their work ended in September, but the documents were secret because they were too independent and unwelcome. This is one of the two reasons why I knelt in the courtroom in front of power at the end of January 2021. The positions of prof. Remuzzi on the centrality of the district, and the ideas of Prof. Mantovani and Vago on research, are fundamental materials.

Dear councilor Moratti, for me you have to free that chair

In December 2020, the hundred pages of Agenas / Scuola Superiore Sant’Anna di Pisa also arrive, in the name and on behalf of the Ministry of Health which after five years had to give an opinion on law 23 / Maroni, experimental, and that citizens have experienced in Covid on your skin.

The method of my work was a continuous confrontation with my fellow doctors, nurses and OSS, who had the confidence to talk to a colleague of theirs, engaged in a political experience, but who understood and had experienced what was being talked about. Always in the method I have religiously followed the health commission until last April, then I publicly denounced the debasement of that place of study and debate and I stopped being an accomplice. The junta’s bill it never came.

In April they presented slides and three months of auditions began on that (just to save time). Health experts were invited to give an opinion not on a legal text, but on vague and contradictory slides. The text of the law is presented on 1 August, the date on which the regional council closes for a month. When reopening the spaces in the commission are always limited. On 10 November the work of discussion, amendments and approval in the classroom begins.

the BRAIN among the main ‘targets’ of the...

Covid, at the Meyer in Florence, single swab...