Home Health the works for the Itaer gym have been awarded, it will be ready in 2024
Health

the works for the Itaer gym have been awarded, it will be ready in 2024

The Pnrr becomes reality for the high schools of the Province of Forlì-Cesena: this week the first construction site was awarded. Six projects financed by the National Recovery and Resilience Plan for a total amount of almost 13 million euros. After the design phase and the tender, the first work to be awarded is the new Itaer “Francesco Baracca” gym in Forlì, months ahead of schedule. An intervention worth two and a half million euros, of which 1 million eight hundred thousand from Pnrr funds and 700 thousand from provincial funds. Italcostruzioni srl was awarded the tender. The works will start in March, for 548 days (18 months) with construction completion scheduled for August 2024. The gymnasium will be available to the school and students for the 2024-2025 school year.

“The gymnasium – declares the president of the Province Enzo Lattuca – will be built in the complex of the Istituto Baracca in via Montaspro in Forlì and will complete the educational offer of the school, as per the original project, so the 800 students of Itaer will not have to plus moving to the Buscherini sports center to carry out physical education hours. In the meantime, in agreement with the school, this year we have created an equipped area outside the institute which includes a volleyball court, a five-a-side football pitch and a basketball court”

“The gymnasium will have a usable area of ​​approximately 785 square metres, will be built with a wooden roof, will be equipped with a photovoltaic system and a solar thermal system. It will house a basketball court and a volleyball court with all the related sports equipment, changing rooms and toilets -declares the vice president of the Province, Valentina Ancarani -.

By the end of the year, another four building sites will be awarded: in Cesena, seismic upgrading of the gymnasium of the “Pascal2” industrial technical institute and roofing maintenance of the “Serra” technical and economic institute, in Forlì the safety of the floors of the technical institute industrial “Marconi” and the construction of the new building at the Allende Study Center.

In the photo the school project 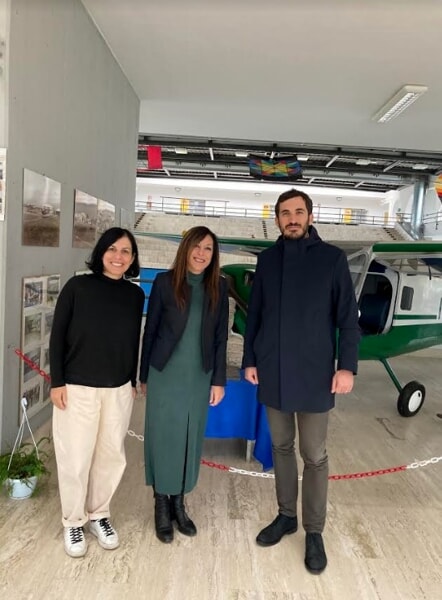 Via Strusiglia, after 2 years Smat concludes the works. From Thursday 1 alternating traffic for the reasphalting

A bathrobe of Ouyang Nana brand sells for 988 yuan. The industry says its cost is about 65 yuan_Pricing_Product_Design

Cospito in the Opera Nordio prison: ‘Priority is...

What happens if I eat a banana a...

High cholesterol, this is the only cheese that...

Cancer, if you take a little you are...

Cospito is in the Opera prison in Milan....

Double game in the Gym: priority to the...

the WHO warning after the new boom in...

The “clinicization” of complex structures: a further threat...

Testing drugs on animals in the US is...