Windows Defender’s built-in antivirus reduces Intel CPU multi-core performance by 6%, AMD is not affected for the time being | 4Gamers

Kevin Glynn, a contributing author of the foreign media TechPowerUp, discovered when developing software that Windows Defender, the built-in antivirus software in Windows, had an error when running in the background, which in turn affected CPU performance. 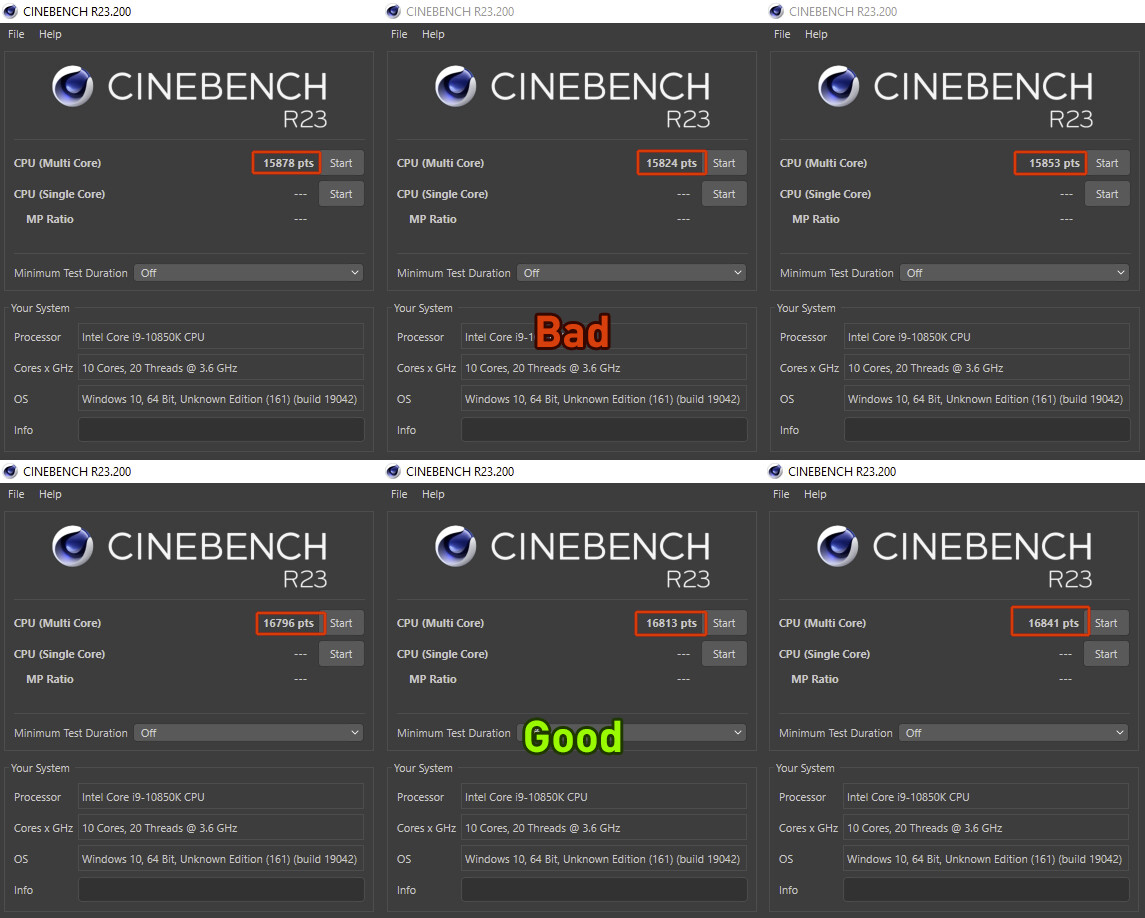 Kevin Glynn found that when the CPU is fully loaded, the CPU effective clock reported by the detection software HWiNFO is reduced. When the Intel Core i9-10850K is fully loaded at 5.0 GHz, the Cinebench multi-core score will decrease by about 6%.

The source of the problem is not the Intel CPU, but Windows Defender randomly starting 7 hardware performance counters for Intel Core processors. Common hardware detection software such as HWiNFO, OCCT, Core Temp, and ThrottleStop will use the “mode 3” mode of this counter so that it does not take up too much resources. Windows Defender may keep trying to change it to “mode 2”, resulting in a performance loss.

There are currently two ways to resolve this performance loss, one is to disable the instant protection of Windows Defender Antivirus, which puts the operating system at risk of viruses.

The other is to use the program to modify the settings. Including the latest version 9.5 of ThrottleStop, check the option to enable the “Windows Defender Boost” function; or use the independent applet Counter Control, and press the “Reset Counter” button. Either way will keep the counter in “mode 3”, but will not turn off Windows Defender’s real-time virus protection.

See also  Intel vows to return to No. 1 in the world!On the second day, TSMC 2nm was officially approved-Intel, TSMC, 2nm-Fast Technology (Media under Drivehome)-Technology changes the future

Genoa, inauguration of the new gymnasium of the Speranza di Pra ‘rowing company

what are the causes and how to deal...

West Nile, cases in continuous increase with a...

After 23 years, SNK announced that it will...

Stress? His hair ‘measures’ it

Covid: with loss of smell double risk of...