Home Health World day against AIDS, in 40 years 35 million victims in the world and over 45 thousand in Italy. “The delay in diagnoses is worrying”
Health

World day against AIDS, in 40 years 35 million victims in the world and over 45 thousand in Italy. “The delay in diagnoses is worrying”

It was 1981 when i Centers for Disease Control and Prevention report an unexplained increase in pneumonia in young homosexuals. And this is why today we are talking about the first 40 years of the epidemic triggered by the virus Hiv, isolated and identified three years later by Robert Gallo. There are many goals achieved in care, but also many new problems in the management of a health scourge that has claimed a total of 45 thousand victims in Italy alone and 35 million in the world. In World day against AIDS which falls on December 1 also celebrates the need to pursue all the objectives set: the first of which is to defeat the epidemic by 2030.

“Since the HIV virus was first identified in 1984, it has caused more than 35 million deaths” worldwide, making that of AIDS “one of the most destructive pandemics in history“. And while “the world‘s attention is focused on Covid-19, we cannot forget” this “another deadly virus that has devastated lives and communities for nearly 40 years,” he says. Hans Kluge, regional director of the World Health Organization (WHO) for Europe, who together with the European Center for Disease Prevention and Control (Ecdc) released a report.

Anders Breivik, the terrorist of the Utoya massacre persecuted the relatives of the victims from prison with letters against Muslims and migrants

“In recent years, many countries in the European region have worked to increase HIV tests and treatments”, also “addressing” the problem of the “social stigma”. But the new data gathered since the emergence of Covid paints a troubling picture, suggesting that many people with HIV they are not diagnosed in time and this – warns the director – could have long-term consequences on their quality of life ”. “As we continue to tackle the Covid-19 pandemic,” Kluge urges, “we must get back on track in our fight against HIV / AIDS. Stigmatization, discrimination and disinformation there are still too many around this virus, with huge disparities in diagnosis and treatment within the European region. Together – it is the hope – we can put an end to AIDS by 2030 ″.

The problems of the present are in some ways even more subtle than 40 years ago when there was no cure. And in Italy there are six out of ten cases of the disease diagnosed late, an increase in Italian women infected with the virus and an increase in the ‘unsuspected’ infected, from professionals to university students. The problem of early diagnosis – on which prompt and effective treatments depend – remains more thorny than ever since the Covid emergency is being faced. 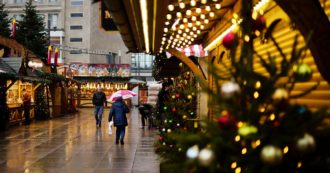 Covid, the future German Economy Minister: “Lockdown for the unvaccinated”. Austria, a fine of up to 7,200 euros for no vaxes

In fact, Sars Cov 2 has made many infectious disease clinics ‘close’ during lockdowns. But never that of the Gemelli Polyclinic in Rome which has always remained open, even for people infected with HIV / AIDS. It is no coincidence that “from March 2020 to April 2021 – remembers the infectious specialist Simona Di Giambenedetto, Complex Operating Unit for Infectious Diseases – we diagnosed 54 new cases, a figure clearly in contrast with the rest of Italy (throughout 2020, the diagnoses of Aids in Italy were just 1,303). The age group most affected by new diagnoses is between 25 and 29 years.

AIDS is still a life-threatening disease without adequate treatment. “In short, we must not let our guard down – reflects the infectious disease specialist of Gemelli Elena Visconti – and it is necessary to accept the idea that it is everyone’s disease and therefore, all those with risky behaviors should be screened”. “Since 1981, the year in which the first cases of AIDS were reported. – explains the director of Infectious Diseases Roberto Tail – Extraordinary results have been achieved allowing HIV to be successfully treated like other chronic diseases. From the ‘desperation’ of the early years we have moved on to ‘hope’ and today to ‘cure’, he recalls. But the fight is not over yet ”.

These 2 splendid herbal teas could really be...

Not only phosphorus and potassium to strengthen the...

Here are the factors that determine super immunity...

here are the tricks to know

There is still a lack of doctors and...

The first street lit up at night (Pall...