CCTV news (News Network): At present, the southern rice area has entered the busy season of “double grabbing”. The latest agricultural situation dispatch shows that the early rice harvest in the country is more than halfway through, and the progress is generally smooth. All localities are scrambling for farming time and reducing damage to ensure that the early rice grains are returned to the warehouse.

As the harvest period of early rice in some areas this year has been delayed by 3 to 7 days compared with previous years, the connection between the harvest of early rice and the transplant of late rice is even more tense.

In Lujiang, Anhui, the 1,600 mu of early rice grown by Tian Suping, a big grain grower, has reached the season for harvest, but the sudden weather changes made her worry. In order to complete the harvest before the rain, the local party member commando team quickly mobilized a large harvester to come to support. 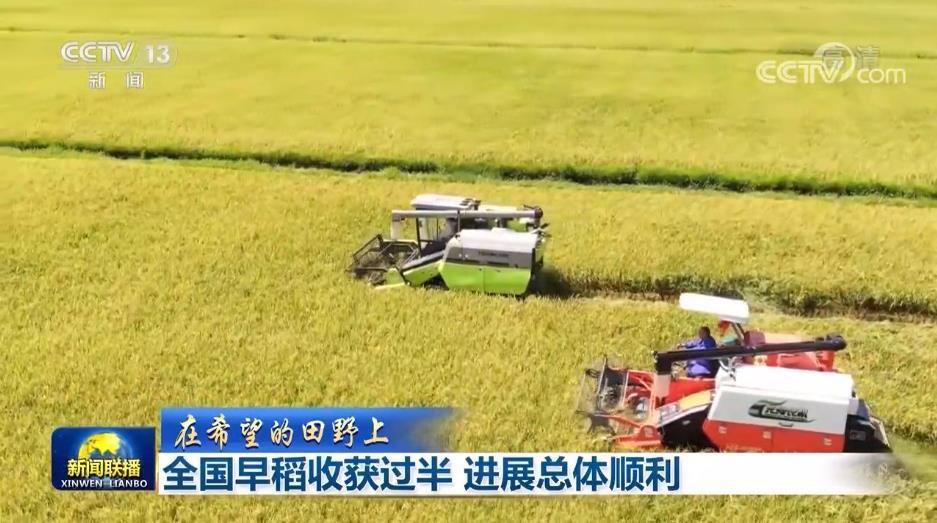 In my country, the “double grab” of rice is mainly concentrated in mid-July to early August, about 20 days. It is expected that during the “double grab” period this year, the southern rice area will invest 280,000 combine harvesters, including about 50,000 cross-regional operation machines, and the yield of early rice machines will reach more than 95%.

In order to reduce the loss of early rice harvesting machines, this cooperative in Anyi, Jiangxi introduced 10 new crawler harvesters this year. Compared with traditional harvesters, they are more suitable for operation in complex environments. Rice can also be harvested.

See also  Fisco, Bonomi: either the reform is the beginning of a path or a waste of resources

Because the harvest time of early rice in the south overlaps with the flood season, if the drying cannot keep up, the recovered rice will be mildewed in less than 2 days under the action of high temperature, resulting in reduced yield. Yiyang, Hunan, a major early rice production city, has allocated 510 million yuan of financial funds this year to promote modern farming, among which the focus is on making up for the “shortcomings” of rice drying; Ziyang District has added 11 new rice drying equipment this year, with daily drying With a capacity of 2,500 tons, the dried rice is directly stored in the intelligent steel silo, which can cover 85% of the local rice growers and greatly shorten the drying time of early rice after production.

This year, the Ministry of Agriculture and Rural Affairs, together with the southern provinces, has increased subsidy support for crawler-type harvesting machinery, ploughing machinery, high-performance rice transplanting machinery, and complete sets of facilities and equipment for seedling raising and drying, consolidating the mechanized equipment foundation for the entire process of rice production in southern China.

In the first half of this year, Hebei’s CPI rose by 1.7% year-on-year.

Robbery in Ponte nelle Alpi, the other minor...

Changes to the Pnrr, not only Italy: the...

Wang Weizhong presided over a video conference on...

The first snow falls in Canavese, between poetry...

Elly Schlein abolishes the stage and runs for...

Migrants, the impossible trial of the German NGO:...

Gerolin promotes Udinese: the mix is ​​the right...