China News Service, Yangzhou, August 1 (Reporter Cui Jiaming) At 04:00 on July 31, 12 new confirmed cases of new coronary pneumonia in Yangzhou City, and no new asymptomatic infections. On the 1st, Yangzhou City Deputy Mayor Yu Jun said at the third press conference on epidemic prevention and control that, especially in the last two days, with the increase in the number of confirmed cases, the situation of epidemic prevention and control remains severe. 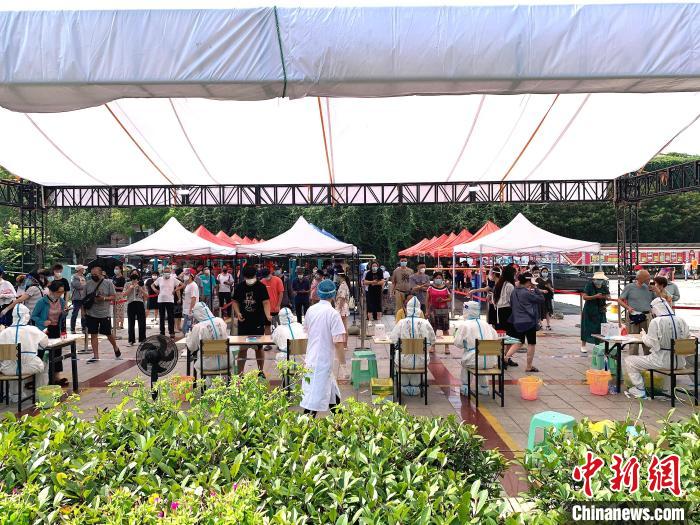 On August 1, Yangzhou carried out the second round of large-scale nucleic acid testing in the main urban area.Photo by Cui Jiaming

From July 28 to August 1, Yangzhou City reported a total of 28 local confirmed cases (9 of which were mild and 19 were ordinary), and there were no local asymptomatic infections. Through the epidemiological investigation of the cases, the 2,433 related close contacts and sub-close contacts that have been identified have been screened and managed in accordance with relevant regulations.

See also  Luana D'Orazio, three suspects for the death of the 22-year-old worker

Speaking of “strict”, Yu Jun said that “strict” means to further increase the intensity of control. Starting today, Yangzhou will use the most stringent measures to carry out strict control of various public places and traffic crossings to “anti-import” At the same time, it is necessary to prevent “spillover” and strictly guard against it, reflecting Yangzhou’s responsibility and responsibility in the face of the epidemic.

“This epidemic is a sudden encounter, and it is also a tough battle we face. At present, the situation of epidemic prevention and control is still severe and complicated. Next, the Yangzhou Municipal Party Committee and Municipal Government will effectively ensure the stability of the people’s production and life order, Under the premise of ensuring the special production needs of key enterprises, further strengthen urban management and control, resolutely curb the spillover and spread of the epidemic, and spare no effort to protect the lives of the people.” Yu Jun said. (Finish)

See also  The triumph of Europeanisms | The paper

French media: A tanker was attacked in the North Indian Ocean, the foreign minister asked for “action” against Iran|Iran|Israel|Foreign Minister_Sina Technology_Sina.com

Coronavirus in the world, in Florida an absolute record of infections and full hospitals. But the governor: “No restrictions”

Meanwhile in the world – International

Turnaround on the murder of the Lecco missionary...

[Must-see over the wall]International Women’s Network suspends all...

The distance between who sets the personal income...