Home News Adhering to the harmonious coexistence of man and nature, the world looks forward to a new blueprint for biodiversity governance_News Center_中国网
News

Adhering to the harmonious coexistence of man and nature, the world looks forward to a new blueprint for biodiversity governance_News Center_中国网

On December 7th, local time, the side event of the second phase of the fifteenth meeting of the Conference of the Parties to the Convention on Biological Diversity (COP15) “Insisting on Harmonious Coexistence between Man and Nature to Build a Clean and Beautiful World” was held in Montreal, Canada. International participants spoke positively of China‘s biodiversity conservation practices, and looked forward to the adoption of the “Post-2020 Global Biodiversity Framework” at the second phase of the meeting, which will start a new journey of biodiversity governance.

Elizabeth Murema, Executive Secretary of the United Nations Convention on Biological Diversity, delivered a keynote speech at the side event.Photo by Yin Ling

“China has made outstanding achievements in biodiversity conservation.” Murema, Executive Secretary of the Secretariat of the United Nations Convention on Biological Diversity, said that as the largest developing country in the world, China plays a unique role in the field of biodiversity conservation. It has embarked on a development path that not only improves people’s living standards, but also better protects the ecology, and provides a model for developing countries to emulate and learn from.

Lambertini, Global Director-General of WWF, said that China has actively participated in the world‘s environmental protection process, especially since it has taken a series of measures since it assumed the presidency of COP15, which is very encouraging. “In the next two weeks, we will hear more about China‘s experience.”

The Chinese representative said that as the presidency of COP15, China held this side meeting to further consolidate the global consensus on the protection of biodiversity and promote the second phase of COP15 to reach an ambitious, balanced, pragmatic, effective, powerful and transformative ” Post-2020 Global Biodiversity Framework”.

See also  The ecological diversity of Mount Everest, the top of the world, is well protected_construction

Through years of hard work, China‘s biodiversity conservation has achieved remarkable results, effectively protecting 90% of terrestrial ecosystem types and 74% of national key protected wild animal and plant populations. The newly added forest area ranks first in the world, and more than 300 rare and endangered The wild populations of animals and plants have been well restored. 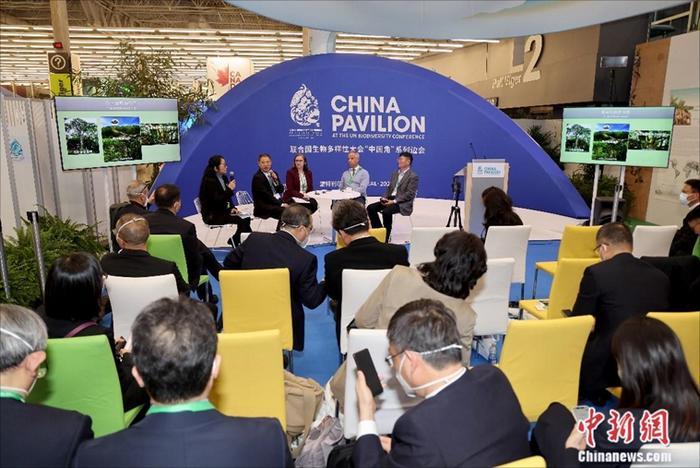 “Insist on the harmonious coexistence of man and nature to build a clean and beautiful world” side event site.Photo by Yu Ruidong

China‘s biodiversity protection directly benefits from the concept of harmonious coexistence between man and nature, and has formed many beneficial explorations and practices. China has improved institutional mechanisms and policies to promote the mainstreaming of biodiversity protection; actively promoted the construction of a natural reserve system with national parks as the main body, and transformed the relationship between man and nature from demand to protection; vigorously promoted the integration of mountains, rivers, forests, fields, lakes, grass and sand Protection and systematic governance form a strong joint force for the whole society to protect the ecological environment; insist that green water and lush mountains are golden mountains and silver mountains, and establish and improve the value realization mechanism of ecological products.

Craig Hansen, vice president and executive director of the World Resources Institute, said that China has achieved remarkable results in biodiversity conservation in the past decade, including delineating ecological protection red lines, announcing the establishment of the Kunming Biodiversity Fund, and increasing biodiversity protection. funds etc.

Solheim, the former under-secretary-general of the United Nations, said that the concept of “Beautiful China” put forward by Chinese President Xi Jinping is of positive significance. Conservation becomes a force for good.

The side event was hosted by the Environmental and Economic Policy Research Center of the Ministry of Ecology and Environment, China News Service, and undertaken by China News Network. The Chinese representative expressed the hope that all parties will jointly promote the long-awaited, ambitious and pragmatically balanced “post-2020 global biodiversity framework” to curb and reverse the severe situation of biodiversity loss and embark on the road to A bright future of harmonious coexistence between man and nature. 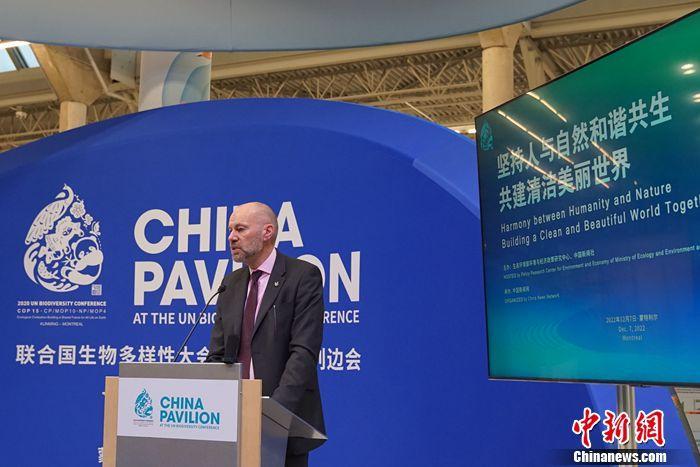 Stephen DeBoer, Assistant Deputy Minister of International Relations of Environment and Climate Change Canada, delivered a keynote speech at the side event.Photo by Yin Ling

Stephen de Boer, Assistant Deputy Minister of International Relations of Canada’s Ministry of Environment and Climate Change, expressed the hope that all parties can work together to reach a “post-2020 global biodiversity framework”, which will bring together the power of countries around the world to curb biodiversity. loss of sex and degradation of nature and ecosystems.

The guests engaged in heated discussions around relevant topics. To keep the idea of ​​a beautiful home in mind, Solheim said, developing a positive agenda to protect nature must work with local people. Only in this way can we succeed and create a harmonious symbiosis between man and nature.

For how to save biodiversity in the next ten years, Craig Hansen proposed a framework path of “production, conservation, reduction, restoration”. This strategy will not only help meet human needs and promote human economic development, but also protect all forms of biodiversity. Diversity of life, including genetic diversity, species diversity and ecosystem diversity.

Dai Qingli believes that this meeting has shouldered an important historical mission – to build a global consensus, promote powerful actions, effectively curb and reverse the trend of global biodiversity loss, and prevent the global ecology from coming to an end. The global annual funding gap for biodiversity conservation is as high as US$700 billion. In order to fill this gap, a two-pronged approach must be taken. While mobilizing more resources to invest in biodiversity conservation, policies and behaviors that damage nature, such as various subsidies and investment development projects that damage nature, must be reduced.

The Chinese representative pointed out that looking forward to the future, China will promote the implementation of major biodiversity protection projects and ecosystem protection and restoration measures, and use the natural way to nourish all living things and seek new opportunities for green development while protecting nature. At the same time, work together with other countries to build a clean and beautiful world.

There’s a bully in the office. It affects one in three companies