In the golden autumn of October, the land of Gyeonggi is full of life. The Hebei Provincial Party Committee and the Provincial Government led more than 74 million cadres and people across the province to implement the new development concept and embark on a unique and high-quality development path: take advantage of the important national strategy to create a new high ground for economic growth; “, run out of the new and old kinetic energy conversion speed; polish the ecological background, build a new pattern of green development…

“Our team is accelerating the development of intelligent signal control systems to help the new district build a digital transportation innovation highland.” said Ren Dakai, the head of the Xiongan Digital Transportation Laboratory in the park. The laboratory has gathered research talents from China Mobile, Tsinghua University and other units. It has also attracted cooperation between car companies and intelligent equipment manufacturers to initially build an innovation chain of production, education and research.

More than 200 major projects are fully advanced, and more than 200,000 builders are fighting day and night at the peak…Xiong’an New District has entered the stage of undertaking the simultaneous advancement of Beijing’s non-capital functions and large-scale development and construction, striving to build a model city of high-quality development .

Yu Shanjiang, deputy director of the Reform and Development Bureau of the Xiongan New Area, said that the economic development of the Xiongan New Area adheres to both high-end and high-tech, and has successively introduced more than 20 innovative policies to ensure that the evacuation units are available, retained, and developed. This is not only a “great migration” to relieve the geographic location of the project, but also a reshaping of productivity.

The coordinated development of Beijing-Tianjin-Hebei, the planning and construction of the Xiong’an New Area, and the preparation of the Beijing Winter Olympics have brought historical opportunities and strong potential for the high-quality development of Hebei, which are also huge tests.

In the workshop of Beijing Hyundai Cangzhou factory, rows of industrial robots wave their arms, and an average car can get off the line in less than 51 seconds. This is the largest single-scale industrial collaboration project undertaken by Hebei since the coordinated development of Beijing-Tianjin-Hebei became a national strategy. This factory is driving the upstream and downstream industrial chain, forming a local industrial cluster with a scale of 100 billion yuan.

According to the Hebei Provincial Development and Reform Commission, the coordinated development of Beijing-Tianjin-Hebei has injected fresh power into Hebei’s economy. Over the past seven years, the province has accumulatively undertaken nearly 26,000 legal entities transferred from Beijing to Tianjin, including more than 1,200 projects over 50 million yuan and an investment of 1.18. Trillion yuan. Hebei continues to accelerate its development in connecting with Beijing and Tianjin and serving Beijing and Tianjin.

Zhangjiakou seized the opportunity of the Winter Olympics. Ice and snow equipment companies and cultural tourism companies have settled down. Photovoltaic, wind power, and hydrogen energy projects are competing for deployment, and “green energy industry” and “white economy” are rising.

In promoting the implementation of major national strategies, the Hebei Provincial Party Committee and the Provincial Government have continued to exert their efforts and keep a close eye on them. They have promoted major changes in the work style of cadres, improved their work standards, and improved the development environment through large-scale supervision. “Nine-point implementation” innovative practice. 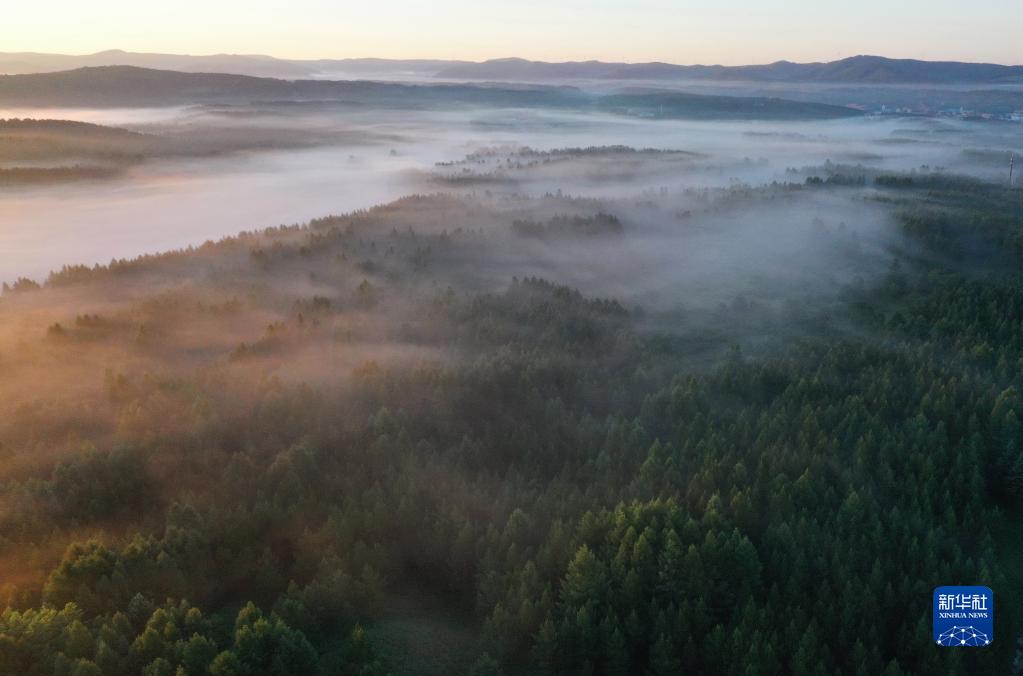 Strive to be stronger: promote the conversion of new and old kinetic energy

Faced with the industrial structure problems caused by the “domestic one steel”, Tangshan vigorously promoted the “slimming and fitness” of the steel industry and accelerated the pace of conversion of new and old kinetic energy.

Liu Lizhi, deputy general manager of Tangshan Zhongxin Heavy Industry Kaicheng Intelligent Equipment Co., Ltd., said that the fifth-generation explosion-proof fire-fighting reconnaissance robot developed by them came out not long ago. Compared with the previous generation products, the biggest breakthrough is the improvement of the level of intelligence. Multiple devices work together.

The robot industry has become the “new business card” for Tangshan’s development. As a domestic special robot industrial base, the city integrates R&D, production, sales and service. The products cover more than 100 varieties in 20 fields.

At the same time, Tangshan City has accelerated the construction of a new industrialization base by focusing on the development of high-quality steel and other industries. HBIS Tangsteel’s home appliance steel is supplied to Haier, Gree and other companies in large quantities, and the automotive steel is directly supplied to well-known auto companies such as Beiqi and Geely. In the first half of this year, the added value of Tangshan’s fine iron and steel industry increased by 2.8% year-on-year, accounting for 55.5% of the industrial added value under the regulations.

Tangshan is the epitome of Hebei Province’s acceleration of capacity reduction, structural adjustment, and industrial transformation and upgrading in the face of economic structural imbalances. During the “13th Five-Year Plan” period, Hebei’s steel production enterprises, a major steel province, have been reduced from 107 to 68, and steel production capacity has been reduced from a peak of 320 million tons to less than 200 million tons.

While doing “subtraction”, while doing “addition”. Gong Xiaofeng, director of the Hebei Provincial Department of Industry and Information Technology, said that with the support of advanced manufacturing and other real economies, Hebei has accelerated the construction of a modern industrial system, vigorously carried out the “transformation of ten thousand enterprises”, and focused on cultivating 12 provincial-level leading industries and 107 county-level characteristic industries. In 2020, the province’s private economy will account for 63.3% of the province’s GDP, which will inject strong impetus into high-quality economic development.

During the “Thirteenth Five-Year Plan” period, the province’s high-tech industry has an average annual growth rate of 11.2%. The number of state-level high-tech enterprises has increased from more than 2,000 to more than 9,000 at the end of last year, and this year is expected to exceed 10,000. From January to August this year, the added value of strategic emerging industries above designated size in the province increased by 10.6% year-on-year.

Behind the series of numbers that have grown against the trend, there is the secret of Baoding’s green development. The person in charge of the Baoding Development and Reform Commission said that the city has set up a variety of special funds to vigorously support advantageous industries such as the manufacturing of new energy vehicles and key components, and key systems for intelligent connected vehicles. With Great Wall Motors as the leader, the annual output value of Baoding’s automobile industry chain has exceeded 100 billion yuan, accounting for half of the province’s automobile industry.

While 132,000 “scattered and polluted” enterprises were gradually eliminated and rectified, the market players in Hebei Province during the “13th Five-Year Plan” period increased from 3.277 million to 6.929 million, and reached 7.043 million in the first half of this year.

The three-industry structure of Hebei has been historically adjusted from the past “two-three-one” to the “three-two-one” in 2020, and the service industry has truly become the first engine driving the province’s economic growth. 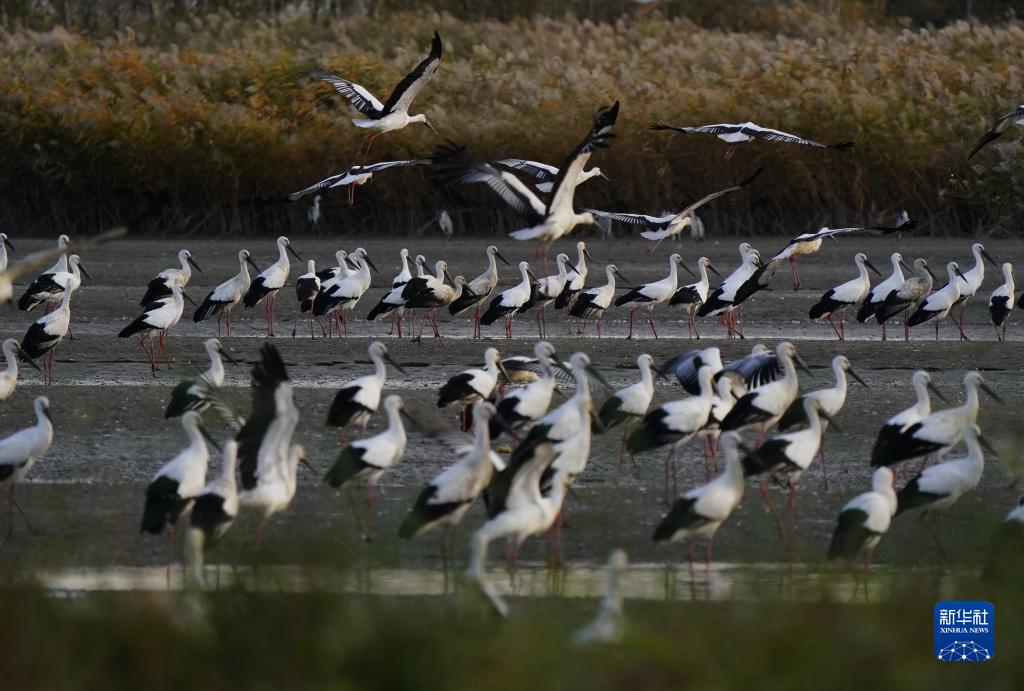 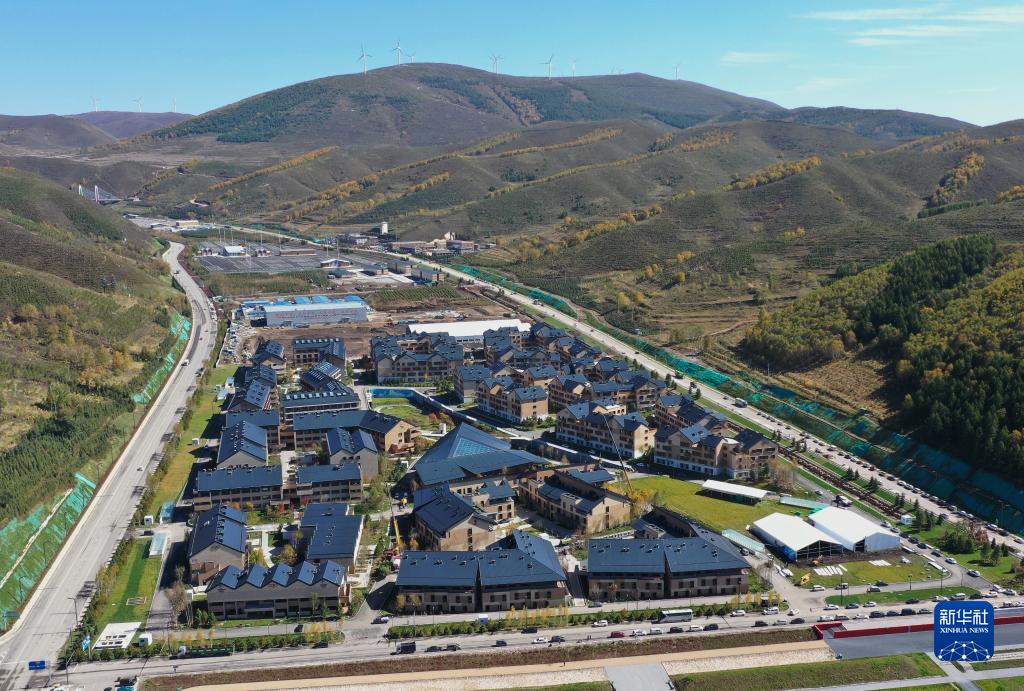 Russia’s first film shot in space, a successful mission: actress and director have returned to Earth