With the deepening of digitalization, networking, and intelligence, the impact of network security on the overall national security, economic and social operations, and people’s production and life has become more prominent.

From October 11th to 17th, the home event of the 2021 National Cyber ​​Security Promotion Week with the theme of “Network Security for the People, Network Security Relies on the People” was held in Xi’an, Shaanxi. Since 2014, ten departments including the Central Cyberspace Affairs Office have jointly held the National Cyber ​​Security Promotion Week, which has effectively improved the nation’s cyber security awareness and protection skills.

The audience at the Expo site visited the simulation sand table attack and defense demonstration of the industrial pumping unit. Photo by Li Zhengwei/Guangming Picture

Since the 18th National Congress of the Communist Party of China, General Secretary Xi Jinping has focused on the development trend of the information age and put forward a series of new ideas, new viewpoints, such as “No cyber security, no national security”, “The development of cyber information industry must implement the people-centered development thinking”, etc. The new conclusions have guided my country’s cybersecurity and informatization industry to make historic achievements.

Zhuang Rongwen, deputy director of the Central Propaganda Department, director of the Central Cyberspace Administration of China, and director of the National Cyberspace Administration of China, pointed out that under the guidance of General Secretary Xi Jinping’s important thinking on cyber power, the Central Cyberspace Administration of China, in conjunction with various regions and departments, strengthens the top-level design in the field of cybersecurity. Solving prominent problems in the field of network security and consolidating the foundation for network security work. my country’s network security assurance system has been continuously improved, and the level of protection capabilities has been significantly improved.

“The young generation and the Internet are the main force for co-construction, co-governance, and sharing of network security.” He Junke, first secretary of the Communist Youth League Central Secretariat, pointed out that young people are the direct beneficiaries of network security and must strictly abide by Internet-related laws and ethics. Resist all kinds of network chaos, and strive to develop a good quality of being civilized to surf the Internet and consciously maintaining network security.

“In the digital age, cyber security has entered a’deep water’.” Qi Xiangdong, chairman of Qi Anxin Group, believes that the future network security situation will become more and more complicated. “If we want to enjoy the dividends brought by the future digital era, we must increase Big investment in cyber security.” The cyber security industry should focus on three major links: pre-defense, ongoing operations, and post-event consolidation to resist blackmail attacks throughout the entire process. 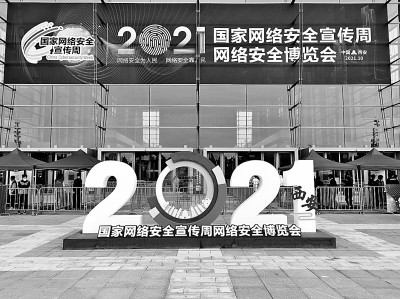 While cyberspace has brought great convenience to people, the threats and risk vulnerabilities of cybersecurity have become increasingly prominent. At the 2021 National Cyber ​​Security Promotion Week “Cyberspace Security Discipline Professional Construction and Talent Training Forum” held on the 12th, the “Network Information Security Industry Talent Development Report (2020-2021 Edition)” (hereinafter referred to as the “Report”) was officially released . The “Report” shows that the demand for talents in my country’s cybersecurity industry is growing rapidly, and the network of talents continues to expand.

See also  The film "1921" premiered in Beijing and was highly recommended by the industry, and the audience was deeply moved by the spirit of ancestors

“The world is currently in an era of major changes centered on information technology. AI has also brought new changes in the training of cybersecurity talents.” Yang Zongkai, president of Xidian University, believes that in response to the new changes that AI brings to the training of cybersecurity talents, We must take the initiative to break the wall of thinking, integrate production and education, and build a more open network security training system. To cope with the profound changes in the demand for cybersecurity talents, we should actively seek changes, reconstruct the education environment, reconstruct the AI ​​+ security curriculum system, reshape the teacher’s ability standards, reconstruct the ability evaluation system, and create a new format of AI + education for network security.

Professor He Xiaowei, Director of the Information Construction and Management Office and Director of the Network and Data Center of Northwest University, believes that for colleges and universities, the key to doing a good job in network security lies in understanding the current status and security background of the school’s information assets, and discovering security vulnerabilities and business risks in a timely manner. Such as security risks, always pay attention to data security issues such as teacher and student privacy leakage, fully perceive the real-time security situation of the school, and achieve full life cycle network security management. 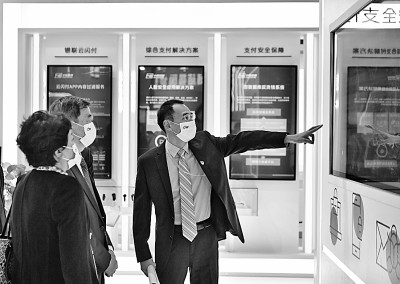 Govern the Internet according to law, escort the healthy growth of minors

At the Youth Network Protection Forum of the National Cyber ​​Security Awareness Week in 2021, guests at the meeting focused on the themes of preventing juvenile cybercrime, building a juvenile-friendly cyberspace, and building a clear cyberspace led by the construction of cyber law, from theory and practice The level was shared.

See also  Why do dance dramas frequently break the circle and become explosive?

“To escort young people’s cybersecurity, we must constantly demonstrate the power of law.” Ren Xianliang, vice chairman of the National People’s Congress Social Construction Committee and chairman of the China Federation of Network Social Organizations, said that to build a good network ecology for the healthy growth of young people, it is necessary to further weave tightly. The network of network security protection laws. Ren Xianliang believes that cyberspace needs order as much as the real world. In response to the chaos in cyberspace and the prominent problems that infringe on the legitimate rights and interests of young people, we must adhere to the integration of legislation and law enforcement.

With regard to further promoting the construction of a legal environment for youth cybersecurity, Guo Kaiyuan, director of the Youth Law Institute of the China Youth Research Center, suggested that the first is to do a good job of linking up laws at different levels. Regarding the safety of young people using the Internet, my country has formed a three-dimensional legal system at different levels, but how to do a good job of connecting online and offline, home and school, etc., still needs to be improved and explored. The second is to do a fine-tuned legislative work. For example: How to implement the game time limit and who will supervise it? How to characterize minors’ live-broadcasting behavior in practice? These need to be further refined and clarified.

Samsung is concerned about the world W22 5G pre-sale price of 16,999 yuan from today-Samsung Samsung

Nespoli, the Italian title after the Olympic silver Season to be framed

US State Department: US and Taiwan discuss how...

It was born in the pitch of the...

The yellow Bergamini, trial of his girlfriend after...

He loses control of the car which overturns...

Luxottica in mourning for Doris Rosso, funeral in...

Alashan has reported a total of 32 confirmed...