Home News Can domestic large aircraft break the monopoly of Airbus and Boeing?Analyze the three major characteristics of C919 and make a prediction – IT and Transportation – Aviation
News

Can domestic large aircraft break the monopoly of Airbus and Boeing?Analyze the three major characteristics of C919 and make a prediction – IT and Transportation – Aviation

Recently, COMAC announced that the domestic large aircraft C919 has completed the certification test flight, which means that the C919 is one step closer to being delivered and put into commercial operation. At present, the global market of large civil aviation aircraft that can take more than 100 people is monopolized by Airbus and Boeing. Can China‘s large aircraft break the monopoly? From the three characteristics of C919, we can make objective predictions. 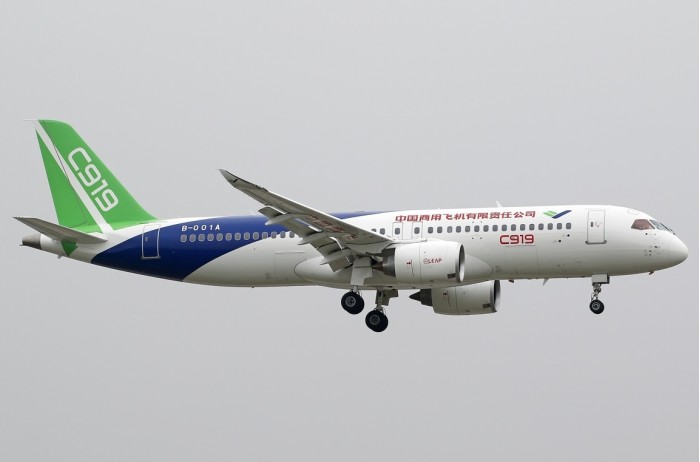 First, based on independent technology research and development.In aircraft manufacturing, the structural system, engine system and avionics system have the most technical content and the highest cost share. The structural system of the C919 is designed by COMAC and manufactured by a number of domestic companies with complete independent intellectual property rights; the engine is provided by CFM, a joint venture company of the United States and France. Under the current international situation, this has certain risks, which can speed up the development of domestic alternative products. Research and development; the avionics system is provided by the Sino-US joint venture Angji Avionics.

When the C919 project was established, it was guiding domestic and foreign companies to cooperate and establish joint ventures to promote the localization of related technologies. In addition to the above three major systems, the components and technologies of other parts of the aircraft are mostly provided by Sino-foreign joint ventures, and the localization rate of C919 is about 60%. In fact, the localization rate is not as high as possible. The aviation manufacturing industry is known as the “flower of industry”, with a long industrial chain and high added value. “Eating alone” is not conducive to developing overseas markets. C919 is based on independent technology research and development, and adopts the “main manufacturer + supplier” mode of production. We have already controlled the project dominance in our hands.

See also  The ghost of Craxi torments Rai: the Hammamet case, which disappeared and reappeared from the Rai3 schedule

The second is to conform to international rules.The industry barriers in the field of commercial large aircraft are high, and the airworthiness certificate is the most important barrier, which is the ticket for large aircraft to enter the international market. To obtain an airworthiness certificate, a test flight must be carried out to demonstrate that its safety and reliability meet the requirements of airworthiness regulations. The C919 successfully made its first flight in May 2017. In the following five years, 6 aircraft have been certified and tested throughout the country, verifying the safety and reliability of the aircraft in extreme conditions such as stall, icing, high temperature, and high cold. In addition to applying for an airworthiness certificate in China, COMAC has submitted an application for C919 airworthiness to the European Aviation Safety Agency (EASA), which has been accepted.

How difficult is the process of obtaining certification and test flight, we can see from the poem titled “Congratulations on the completion of certification test flight of C919” on the publicity photo of COMAC: the first flight is not easy to be airworthy, and the six Eagles are not easy. In summer, go to the south of Xinjiang to welcome the scorching heat, and in winter, come to Mobei to look forward to the severe cold. The ice is all over Shenzhou, and the wind blows Jiayuguan alone. Mo Dao’s censorship is very strict, and the successful evidence collection is full of joy! The C919, designed, produced and successfully tested in accordance with international airworthiness standards, has proven its reliability and availability, laying a solid foundation for commercial operation.

The third is to rely on the vast Chinese market.It is predicted that by 2040, the size of China‘s passenger aircraft fleet will reach 9,957, accounting for 22% of the global proportion, making it the world‘s largest single aviation market; in the next 20 years, China will receive 9,084 civil aviation aircraft, with a total market value of over 9 trillion yuan.

The C919 is a commercial passenger aircraft for the mainstream market. If it wants to “superior” under the eyes of the two giants Boeing in the United States and Airbus in Europe, it will face many “non-technical factors” obstacles. The lesson from the past is the Canadian company Bombardier. The company has developed a C-series passenger aircraft with more than 100 seats to challenge the large aircraft market. As a result, it was severely suppressed and had to sell the project to Airbus. The C919 is aimed at Airbus A320 and Boeing 737 series models, C919 aircraft with 158 to 168 seats, with a range of 4075 kilometers to 5555 kilometers, and the price is 99 million US dollars, while the Airbus A320 is priced at 110 million US dollars, and the Boeing 737MAX is priced at 1.2 One hundred million U.S. dollars.The passenger carrying capacity is comparable, the C919 is more cost-effective, coupled with its safe and reliable performance, and backed by the vast Chinese market, we believe that the C919 has the conditions to rewrite the world aviation market.At present, C919 has accumulated 815 orders.

C919 is the take-off of China‘s large aircraft business, and the formation of my country’s civil aviation industry chain contains huge potential. At present, there are 22 provinces and cities, more than 200 enterprises and nearly 200,000 people participating in the development and production of large passenger aircraft projects. China‘s manufacturing potential is unlimited, and the story of China‘s large aircraft is beginning.

Can domestic large aircraft break the monopoly of Airbus and Boeing?Analyze the three characteristics of C919 to make a predictioncnBetaIT & Transportation - Aviation
0 comment 0 FacebookTwitterEmail
previous post

Emotions of a true sports car for the lithium-ion motorbike

Head-on collision in Castelnuovo Nigra, boy at the...

Flames at the Stefanel outlet, a warehouse full...