Home News Central Meteorological Observatory: The cold wave will end the high temperature in the south, Sichuan, Shaanxi, Henan and other places with strong precipitation
News

Central Meteorological Observatory: The cold wave will end the high temperature in the south, Sichuan, Shaanxi, Henan and other places with strong precipitation

1. Heavy rain in Shandong, Shaanxi, Sichuan and other places in the north, cooling down in the south and high temperature

Compared with 14:00 yesterday, the eastern part of Northwest China, the western and northern parts of North China, southern Inner Mongolia, and most of Northeast China experienced a temperature drop of 6-12 °C, and some areas in central and eastern Inner Mongolia, central Jilin and other places dropped by more than 16 °C .

During the day today, high temperatures of 35-38°C occurred in Jianghuai, most of Jiangnan, Jianghan, Chongqing, and northern Guangdong, and 39-40.8°C in parts of central and southern Anhui, eastern Hubei, northern Jiangxi, and western Zhejiang.

2.Strong precipitation in Sichuan, Shaanxi, Henan and other places

It is expected that from 20:00 on October 3 to 20:00 on October 4, there will be heavy to heavy rains in parts of southern Shaanxi, northeastern Sichuan, northern Chongqing, central and southern Henan, northwestern Hubei, northern Anhui, and northwestern Jiangsu. Among them, Shaanxi There were heavy rainstorms (100-120 mm) locally in the south and northeastern Sichuan. Some of the above-mentioned areas are accompanied by short-term heavy precipitation (the maximum hourly rainfall is 20-40 mm, and the local area can exceed 50 mm), and there are local strong convective weather such as thunderstorms and strong winds (see Figure 3).The Central Meteorological Observatory continued to issue a blue warning for heavy rain at 18:00 on October 3.

See also  Enters the emergency room in the middle of the night, steals drugs and then injects them in the bathroom: young man under arrest 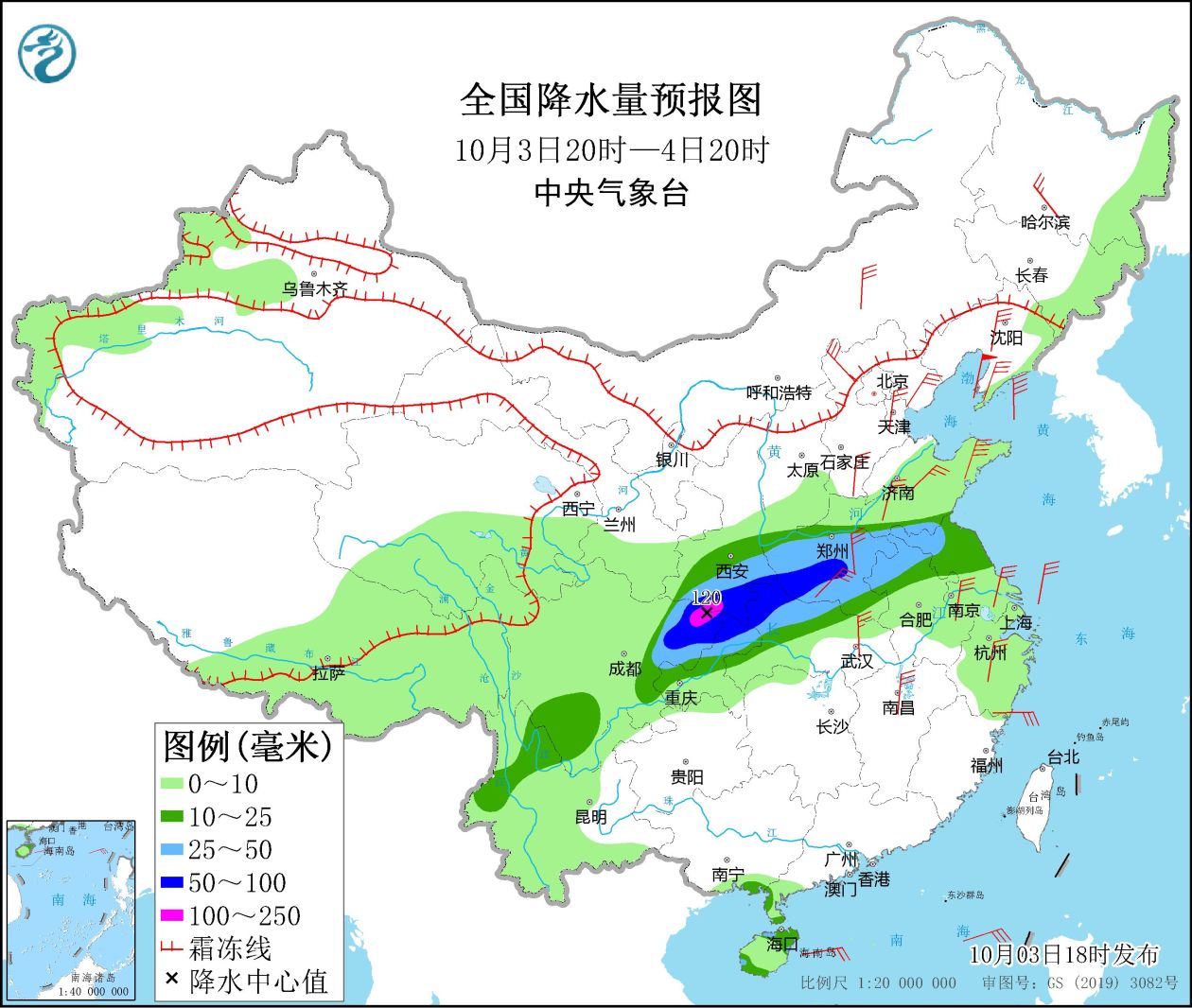 From 20:00 on October 4th to 20:00 on the 5th,There are moderate to heavy rains in parts of the northeastern Sichuan Basin, northwestern Chongqing, southern Shaanxi, central and southern Henan, central and northern Anhui, southern Jiangsu, northwestern Hubei, and southern Tibet. 55 mm). There are winds of magnitude 4 to 5 in the southeast of Heilongjiang; strong winds of magnitude 6 to 7 and gusts of magnitude 8 to 9 in the Yellow Sea, East China Sea, Taiwan Strait, and northeastern South China Sea (see Figure 5).

1. The strong cold air will affect the Huanghuai River, Hanjianghuai and other places, and pay attention to the adverse effects of strong winds and cooling weather on transportation and agricultural production; the Bohai Sea, the Bohai Strait, the Yellow Sea, the East China Sea and other sea areas and the impact of strong winds on rivers and lakes;

See also  Glass in tiramisu and plastic in frankfurters: products withdrawn from the market, the ministry's notice

3. Pay attention to the development trend of meteorological drought in Jiangnan, northern South China and other places;

Russia says strike against Ukrainian troops, Ukrainian says it continues to advance in the south