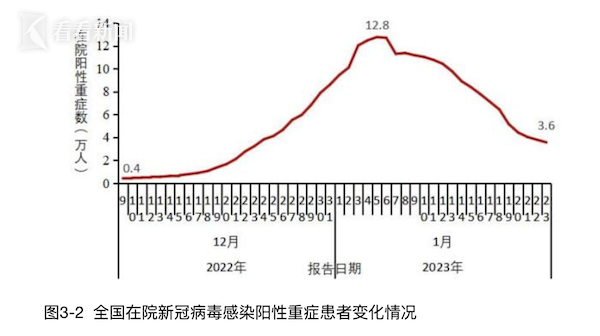 Among the patients infected with the new coronavirus in hospitals nationwide (excluding Hong Kong, Macao and Taiwan), the number of critically ill patients will increase by nearly 10,000 per day from December 27, 2022 to January 3, 2023, and the increase will drop significantly on January 4. It reached a peak of 128,000 on January 5, and then continued to decline, falling to 36,000 on January 23.

The monitoring results showed that the epidemic strains of this round were BA.5.2 and BF.7, and no new mutant strains were found.

A sedentary lifestyle, a social issue: “30% of children do not play sports due to economic difficulties

From work to mortgages: here is the right to be forgotten for 1 million Italians recovered from cancer

Colombia achieves the largest sale of products to...

Microplastics discovered in human blood vessels for the...

Artist from Cauca participates in the Bicentennial of...

Released in the Meta engineer who was kidnapped...