Home News East-West Questions | Interview with the Secretary-General of the Bureau of International Exhibitions: How does the theme of the China Pavilion at the World Expo highlight Chinese culture and the values ​​of the World Expo? -Chinanews
News

East-West Questions | Interview with the Secretary-General of the Bureau of International Exhibitions: How does the theme of the China Pavilion at the World Expo highlight Chinese culture and the values ​​of the World Expo? -Chinanews

China News Service, Paris, October 17th. Title: Interview with the Secretary-General of the Bureau of International Exhibitions: How does the theme of the China Pavilion at the World Expo reflect Chinese culture and the values ​​of the World Expo?

The Bureau of International Exhibitions was established in 1928 and is headquartered in Paris, France. It is an inter-governmental organization responsible for coordinating and managing the holding of World Expositions. China joined the International Exhibition Bureau in May 1993. Dimitri Kokenchez spoke highly of the China Pavilion at the Dubai World Expo, saying that the theme of the China Pavilion also demonstrated Chinese culture and the values ​​of the World Expo. 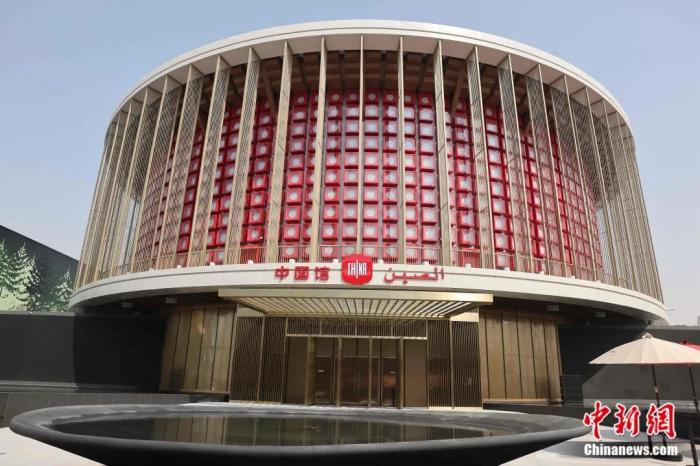 Highly praise the China Pavilion at the World Expo

See also  Vaccinations, in Fvg over a thousand bookings in the range between 12 and 15 years

Cokenchez spoke highly of the China Pavilion, believing that the China Pavilion will provide a “beautiful and charming” visit experience and make an important contribution to the overall landscape of the Dubai Expo. Cokenchez himself attended the opening ceremony of the China Pavilion on the 1st and delivered a speech. He pointed out that China’s participation in the Dubai World Expo would establish new connections between China and the world and promote cultural exchanges among all mankind.

The China Pavilion at the Dubai World Expo covers an area of ​​4,636 square meters, making it one of the largest foreign pavilions in the World Expo this year. The China Pavilion showcases China’s achievements in information technology, modern transportation, and artificial intelligence from four levels: common dream, common earth, common home, and common future. 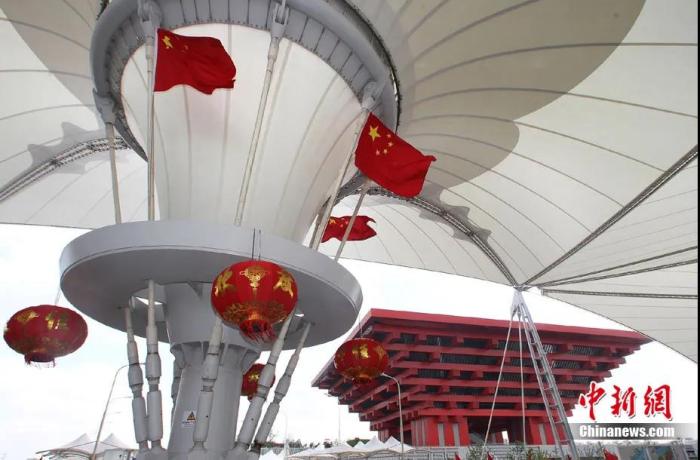 When asked about the impact and significance of the World Expo on China, Cokenchez first reviewed the great success of the 2010 Shanghai World Expo. He said that the city concept formed through the World Expo has a profound impact on Shanghai. The beautiful parks on the banks of the Huangpu River, the World Expo Pavilion, Shanghai’s unparalleled transportation network, and the international metropolitan landscape… all of these benefit more or less from the Shanghai World Expo. Shanghai’s experience gained through hosting the World Expo and its unique exploration of the theme of “Better City, Better Life” have greatly affected the lives of tens of millions of people, and can be used for reference in the development of cities in China and around the world. .

Cokenchez said that the Shanghai World Expo will have a profound impact on China, promote deeper regional integration in the Yangtze River Delta, and promote a win-win cooperation strategy such as the Shanghai-Hangzhou high-speed rail and a series of infrastructure projects. In general, the Shanghai World Expo has promoted the shaping and development of harmonious cities across China. When the 2019 Beijing Expo with the theme of “Green Life, Beautiful Homes” was held, he saw the development and changes of Chinese cities with his own eyes.

See also  With Olivier Dubois, the energy of young Egyptians is on stage - Catherine Cornet

Cokenchez believes that because China has unparalleled experience and expertise in urban construction and sustainable development, its citizens and companies can participate in the sharing and promotion of urban innovative solutions through the Dubai World Expo. At the same time, China can also use The Expo will understand the solutions of other countries and thus promote China’s own development. 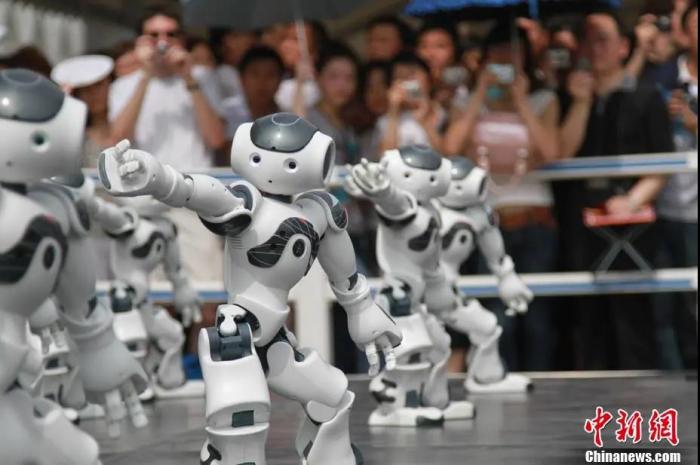 Data map: The robots of the French Pavilion in the Shanghai World Expo Park perform “dance” outside the pavilion.Photo by Yin Chunyong issued by China News Agency

Mutual learning between the World Expo and international exchanges

When talking about the World Expo’s promotion of international exchanges and mutual learning, Kokenchez said that the World Expo will give participating countries a unique “national exhibition platform” to showcase their country’s development achievements, cultural ideas and innovative ideas to visitors from all over the world.

He said that the World Expo will keep up with the development trend of the times, respond to new trends, and deal with new challenges. Its core spirit is still innovation and cooperation. In a fast-paced world that is increasingly connected, the World Expo is an important occasion for sharing practices and strengthening global exchanges and discussions.

Cokenchez pointed out that relevant exchanges at the World Expo promoted the international community to respond to challenges and seek solutions. He told reporters that in the next few years, we will encounter new challenges and what innovations we will achieve, I am afraid no one can predict; but we know that digital technology transformation has affected all aspects of human life, no matter it is Whether it is a developing country or a developed country, rural or urban, digital technology has had a profound impact.

Kokenchez emphasized that when faced with complex challenges, they need to be resolved according to an inclusive multilateralist approach based on shared values ​​and shared responsibilities. Just like China’s experience gained at the 2010 Shanghai World Expo, the World Expo itself is an inclusive and universal gathering, showing the civilization and progress made by many countries; it has built a unique platform for inclusive multilateralism. The World Expo’s ability to connect to the world helps all countries learn from each other and cooperate for the well-being of people around the world.

Cokenchez pointed out that the Dubai World Expo is the first World Expo to be held in the Middle East and the first global gathering of cultural diversity since the outbreak of the new crown epidemic. The International Exhibitions Bureau and its member states work closely with the relevant parties of the Dubai World Expo to ensure the health and well-being of the audience, staff and other participants, and continue to work hard to achieve a truly inclusive World Expo, refine the content of the exhibition and maximize the virtual experience .

He said that, like the Shanghai World Expo, at the Dubai World Expo, countries will also explore a better future together, show innovative solutions to global problems, and guide the public to understand the theme of the World Expo. The Dubai World Expo will play an important role in the global recovery in the post-epidemic era, restoring purposeful contacts and fruitful exchanges.

Looking forward to the future prospects of the World Expo, Cokenchez expressed optimism. He said that the theme of “Communicating Thoughts and Creating the Future” of the Dubai World Expo has been given new meanings due to the epidemic, that is, the importance of sharing solutions and coordinated actions in response to epidemic-related challenges. The World Expo provides an opportunity for optimism to return, hoping to jointly promote the recovery of the world and build a better future. 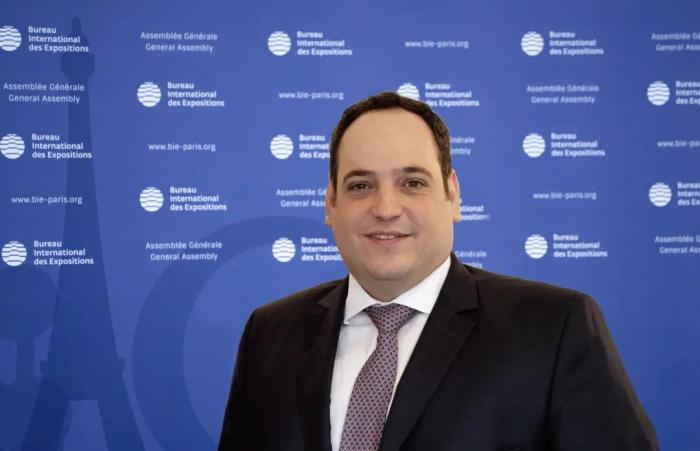 Clinton is expected to be discharged from the hospital on Sunday, Biden talks with him, Hillary and daughter-in-law go to visit | Daily Economic News

Xinhua All Media+｜The mutation of the new crown...

In the fragile world of Giorgio Poi –...

He wounds his brother with a knife after...

Vaccination campaign, now the focus is on the...

The Tenth Plenary Session of the 14th Zhejiang...

“Sex and The City”: Carrie, Miranda and Charlotte...

How does my country respond to the continuous...