Home News East-West Questions | Liu Zhipeng: From the Revolution of 1911 to the founding of the Chinese Communist Party, how do you look back over the past 100 years? -Chinanews
News

East-West Questions | Liu Zhipeng: From the Revolution of 1911 to the founding of the Chinese Communist Party, how do you look back over the past 100 years? -Chinanews

(Essential questions) Liu Zhipeng: From the Revolution of 1911 to the founding of the Chinese Communist Party, how do you look back over the past 100 years?

China News Service, Hong Kong, October 11th, title: From the Revolution of 1911 to the founding of the Chinese Communist Party, how do you look back over the past 100 years?

2021 is the 100th anniversary of the founding of the Communist Party of China and the 110th anniversary of the Revolution of 1911. At this special node, how to look back at history and face the future? Liu Zhipeng, Associate Vice President of Hong Kong Lingnan University and Professor of the Department of History, said in an exclusive interview with China News Service on “Questions of East and West” that we have long looked at the past 100 years from a Western perspective and re-examined China in the past 100 years from the perspective of contemporary world history. , What you see is different from the point of view over the past century. Culture and civilization are our own. “Innovation” does not need to be “dilapidated.” It should be based on Chinese culture as much as possible and look at the world on this basis. 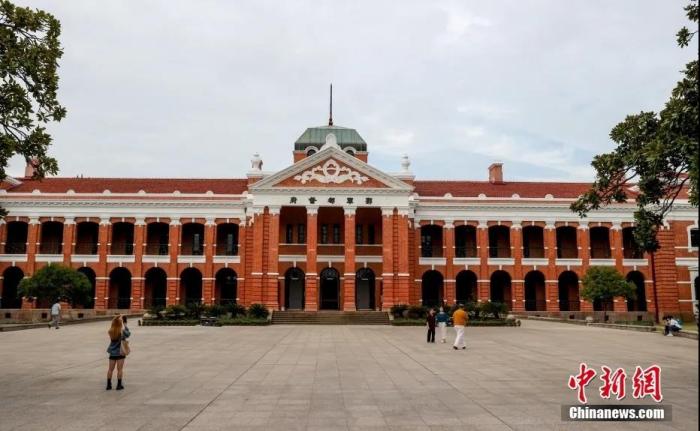 The summary of the interview record is as follows:

China News Agency reporter: “History is the best textbook and the best sober agent.” Looking back at China over the past 100 years, what do you share as a historian?

Liu Zhipeng:These 100 years can be said to be the most difficult and tortuous 100 years in Chinese history. A major node in the entire Chinese history occurred during this period of time. In fact, the first, middle, and later stages of the past 100 years were basically influenced by a certain historical perspective, during which major historical events such as the Opium War, the Revolution of 1911, and the founding of the Communist Party of China took place. The Chinese should think again, how can they look back over the past 100 years?

For more than 100 years, Western countries have always viewed China in a discriminatory and even contemptuous way: China is a backward and barbaric country, and the Chinese are a low-level ethnic group. These visions and impressions have shaken the trust of some Chinese people in individuals and the country, and have been entangled in China‘s destiny to this day.

In Chinese history, even in the Yuan and Qing dynasties, they were very confident because of the deep-rooted Chinese culture, and no matter who came, they had to accept it. From the two Opium Wars to the invasion of the powers in the late 19th century, both territorial sovereignty, political and diplomatic, and cultural aspects were very serious blows to the Chinese. We feel that the reason for being bullied by the West lies in cultural backwardness. Therefore, the Westernization Movement in the late 19th century and the re-transformation of culture by some insightful people in the later period appeared. Later, the May 4th Movement influenced the development of the whole of China over the next 100 years.

See also  The double challenge of the APU captain: «I was recontacted by Covid, I was crawling. Guys, get vaccinated "

Among them, the Revolution of 1911 was the most thorough conflict between Chinese civilization and Western civilization. As a result, the Chinese civilization with family politics as the country gave way to the Western civilization with personal political beliefs as the baseline. While the revolutionary wave in the late Qing Dynasty spread throughout the country, the Manchu and Qing dynasty, as the central government, had realized that the social and political system could not be changed. However, the call of the times has been unable to wait for a top-down transformation; from the Opium War to the Boxer Incident, the Chinese have endured half a century of insults by Western forces, and China‘s desire for change cannot be delayed.

Therefore, the occurrence of the Revolution of 1911 was not only the realization of a historical turning point, but also a collective aspiration for the overall transformation of Chinese civilization. Looking back over the past hundred years, the cultural shock brought by the Revolution of 1911 to China far exceeds the pain of changing dynasties. Since then, the Chinese have continuously tried to re-examine the political, economic, social, and cultural fields in the traditional framework from a global perspective, and finally figure out the direction of China. The new direction of modern development. 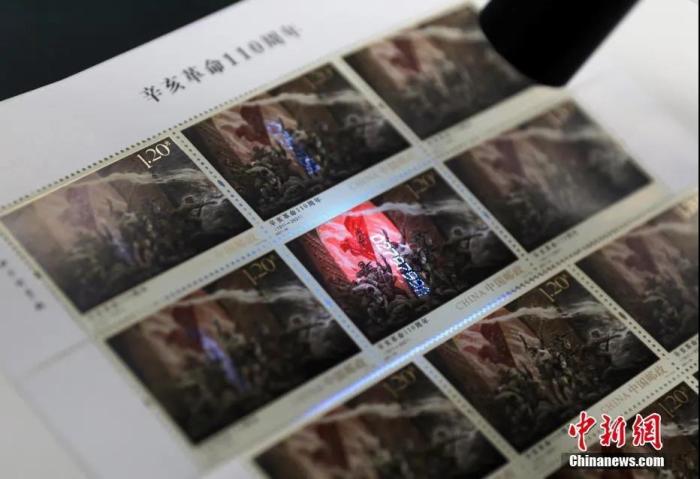 Data map: On October 10, China Post issued a set of commemorative stamps of “110th Anniversary of the Revolution of 1911” with a face value of RMB 1.20.Photo by China News Agency reporter Bian Zhengfeng

China News Agency reporter: What is the biggest difference between Eastern and Western civilizations? Why is the conflict between these two civilizations more obvious now than before?

Liu Zhipeng:From the Qin and Han Dynasties to the Ming and Qing Dynasties, China‘s history is very clear, and there is almost no idea of ​​hegemony. The area of ​​concern is the farming area. A very important historical fact is that China has never occupied a place outside its own country and emigrated its own people in the past. China‘s foreign immigration is spontaneous among the people. Agricultural civilization has actually brought the collective gene of peace-loving to the Chinese people-caring about their fields and whether they can support their families. In Hong Kong, eight characters are often written on the flower plaques arranged at the scene of many traditional festivals: Good weather and good luck, Guotai and Min’an. This kind of national character is always new, and there is no major change even in the globalized contemporary world.

When China was still supporting its national industry with a small peasant economy in the 20th century, the Western Industrial Revolution had rapidly upgraded its production technology. European and American countries’ ambitions to conquer the world gradually expanded, and their imperialism and colonialism built a new world order. Britain, which changed the fate of China in modern times, was one of the initiators and a major stakeholder in this period of colonial history.

The cultural background of the United States comes from the United Kingdom, and it is a new force arising from the source of imperialism. When our generation was young, we often watched films about the development of the western United States. At that time, I felt that white people were “positive” and Indians were “bad guys.” Every time they saw Indians being killed, they would applaud, but I didn’t expect the whole story to be After World War II, the history of the United States “repackaged” and its history of expansion was placed in a spirit similar to “Captain America” ​​for the world to “deliver justice”. What happened later, including the US supporting the Chiang Kai-shek government in fighting the civil war and the Korean War, were all intended to expand US influence in the Far East.

Resisting U.S. aggression and aid to Korea is very important. Only by carefully analyzing the ins and outs of the war can we understand Sino-U.S. relations in the next 50 years. After the resistance to US aggression and aid to Korea, the United States isolated China through an embargo, brought down the Soviet Union through the Cold War, and restricted Japan’s economic development through economic means. The United States regards itself as a “world policeman” and has openly provoked wars and killed lives in many parts of the world. In fact, it is consistent with its historical development theme. As time has changed, the United States’ global hegemony is now failing everywhere, especially withdrawing its troops from Afghanistan, which has ended the half-century of injustice. 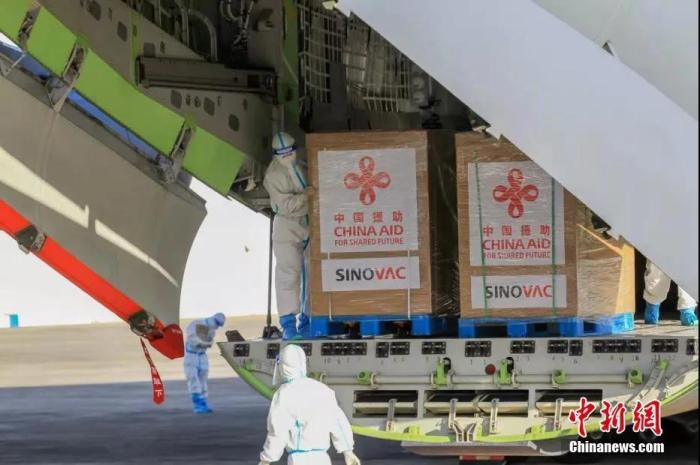 Data map: Philippine staff are arranging to accept vaccines donated by China.China News Agency issued a photo for the Chinese Embassy in the Philippines

China News Agency reporter: How does the Chinese civilization face the future in the great changes unseen in a century?

Liu Zhipeng:The outbreak of the new crown pneumonia at the end of 2019 has begun to shake the modern world order constructed with gunpowder and money. Under the leadership of the United States, Western countries have accused China of the first outbreak of the epidemic; the Gengzi Eight-Power Allied Forces 120 years ago unexpectedly repeated itself in another form 120 years later. This is not a historical fate, but an extension of the history of Western imperialism and colonialism. However, today’s China has long ceased to be the “Oriental Sleeping Lion”. Not only has it successfully controlled the epidemic, it has also developed a new crown vaccine for national vaccination and rescue of foreign people. On the other hand, Western developed countries have suffered setbacks under the epidemic, and the number of confirmed cases and deaths is horrible. disturbed. Just as the world is in trouble, the relationship between China and Britain and the United States has undergone subtle changes.

Re-examining China in the past 100 years from the perspective of contemporary world history is different from the perspective of more than a century. The national movement in the late Qing Dynasty was very different. People of insight never thought that traditional Chinese culture was a stumbling block to national self-strengthening. More than a hundred years later, the powerful ships and guns that the West was proud of have also developed rapidly in China, and some technologies have even reached the world‘s leading level. “Lixin” does not have to be “dilapidated”. Knowledge and technology know no borders, and the evolution of artifacts such as ships and artillery does not require cultural and traditional support. On the other hand, we look at the foundation of the country, but each has its own historical and cultural genes. Have a big vision to penetrate the future. 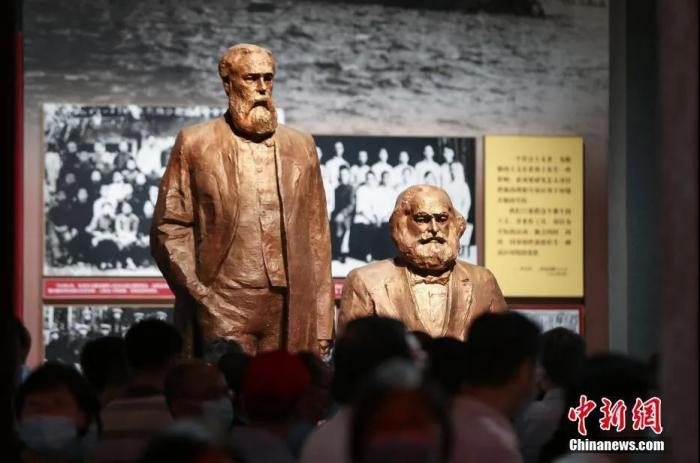 Reporter from China News Service: The combination of Marxism and Chinese fine traditional culture has been a hot topic in the ideological field recently. What do you think?

On the road to the future, we can explore, but we can’t give up this foundation to absorb the wisdom of the ancients and stick to the Chinese culture. The world is changing very quickly, and we must have a foothold on which we can settle down. This is the most important thing. (over) 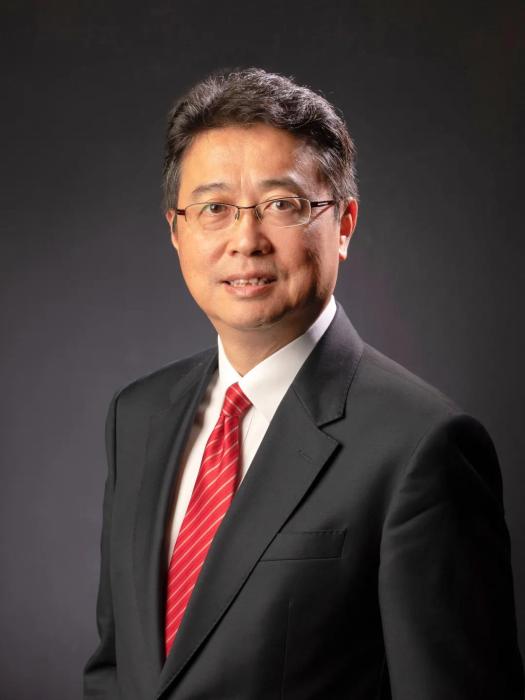 Liu Zhipeng, winner of the Bronze Bauhinia Star, Justice of the Peace, is currently Associate Vice President (Academic and External Relations) and Professor of History at Lingnan University, and concurrently Director of Hong Kong and South China History Research Department. Participated in the establishment of the Department of History of Lingnan University, and later taught Chinese history and Hong Kong history in the department to the present. In the past 20 years, he has devoted himself to the research and teaching of Hong Kong history, and has authored various books on Hong Kong history.

Mother courage with the tea towel

The Bauhinia Blossoms are in full bloom, and...

Wang Weizhong presided over the executive meeting of...

Zelensky as G7 leader, to do everything to...

Ivrea, expensive prices even at the market: “You...

Treviso, the troubled Sile invaded by algae: from...