At 12:52 on September 5, an earthquake of magnitude 6.8 occurred in Luding County, Ganzi Prefecture, Sichuan Province. Shimian County, Ya’an City was seriously affected by the earthquake, especially in Wanggangping Township, which is located in the Dadu River Canyon, because the earthquake caused a large number of rolling stones to block the road in the canyon area, which hindered the rescue. Fire rescue personnel competed at night, climbed landslides and cliffs, and advanced into “isolated islands”, giving the trapped hope of life. 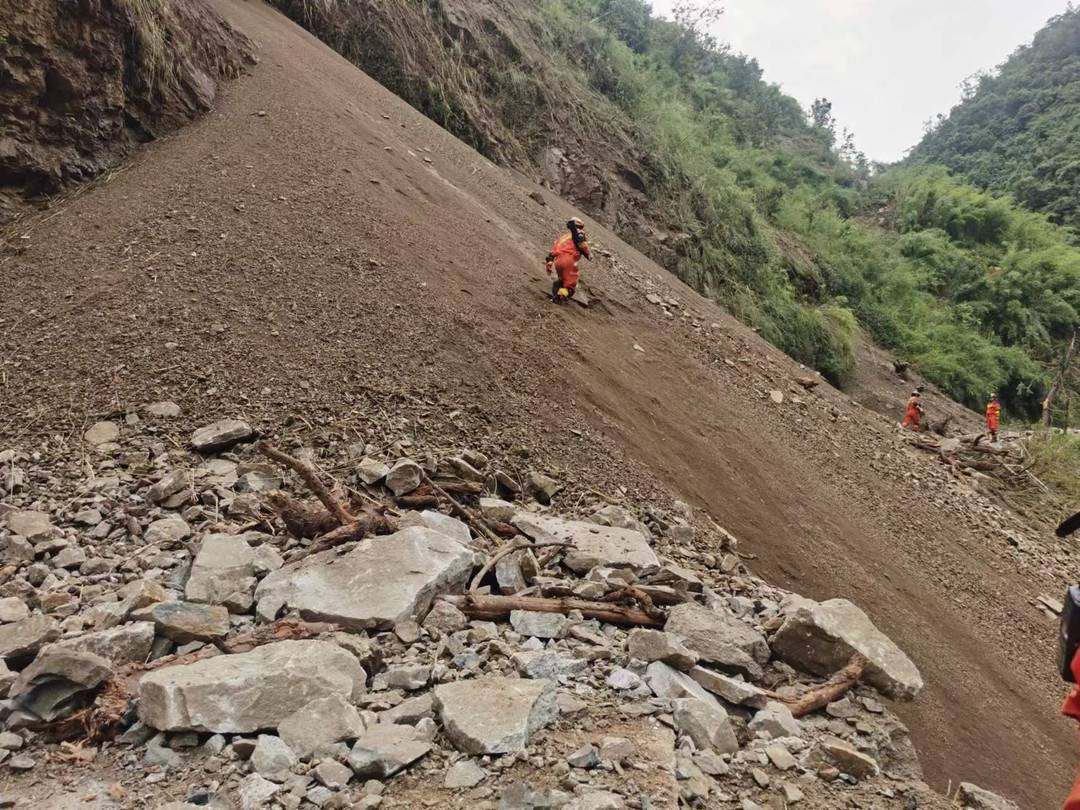 advance into the disaster area

After receiving the order, the Liangshan Fire Rescue Detachment immediately launched the earthquake disaster emergency rescue plan, assembled the Detachment’s full-time headquarters and light earthquake search and rescue team, and a total of 15 vehicles and 60 people rushed to the scene.

On the evening of the 5th, in the process of rushing to the disaster area for reinforcements, road traffic was interrupted, people and vehicles could not pass, and Wanggangping Township and other places located in the Dadu River Gorge had become “isolated islands”. All fire rescue personnel were in Haier Village, Xinmin Town, Shimian County. Waiting for the boat, plan to go deep into the disaster area by boat.

The lights carried by the rescuers by the river and the street lights by the river illuminated the pier. The boats transporting the wounded came to Haier Village one after another. The fire rescue personnel of the detachment jumped on the boat and said, “One more brother, help to carry it. Be careful, the stretcher will be passed on slowly.” The wounded were properly placed, but everyone’s heart became more and more anxious. 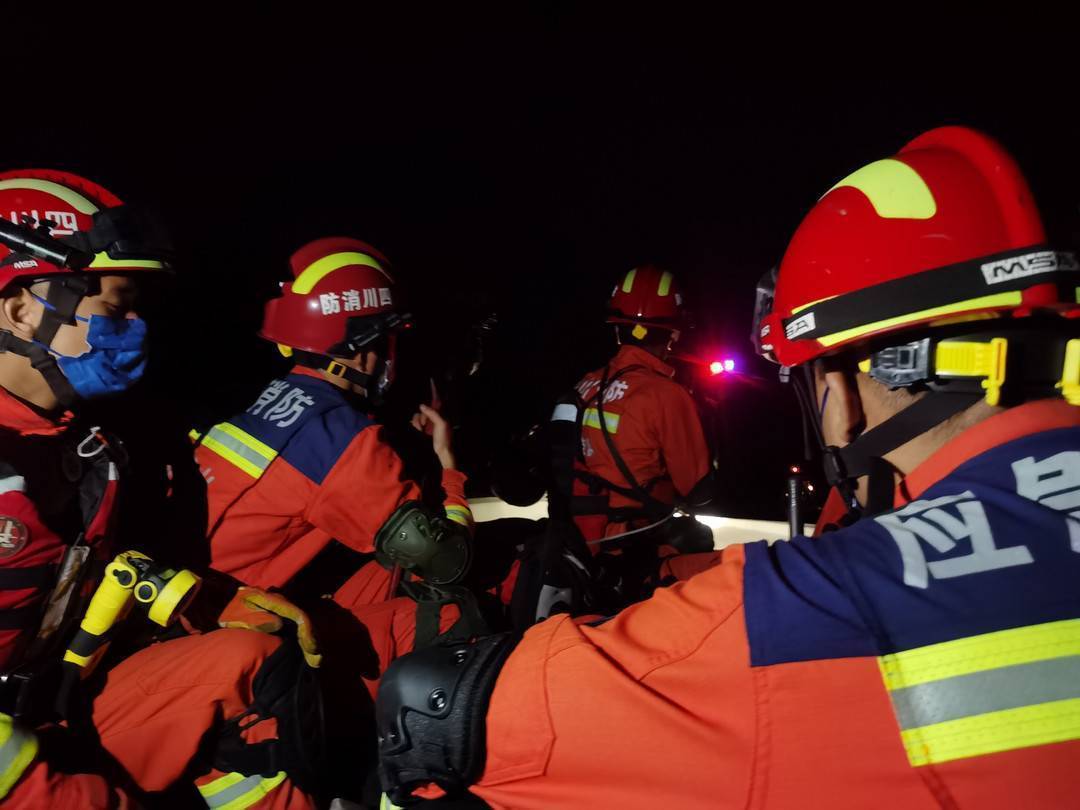 At 11:00 p.m., the communication on the other side was interrupted. The headquarters decided to send a commando team of 2 ships and 10 people to the other side to understand the situation. The Liangshan Fire Rescue Detachment sent 1 ship and 5 people. “I’ll go!” “I’ll go first!” The team members took the initiative to ask for help. Although firefighters often carry out boat training on weekdays, due to the dark light at night and the fog rising from the Dadu River at night, the visibility is even lower. Under the illumination of the strong flashlight, it was still dark ahead, and everyone was sweating for them.

On the ship, according to the commander’s order, one team member was responsible for lighting the direction of travel, and one team member observed and reminded at all times, and finally arrived on the other side.

In the early morning of the 6th, the follow-up team members also successfully crossed the river one after another.

In the dark night, all the team members finished their lunch boxes under the dim lights on the street, and rushed to the temporary resting place under the leadership of the local staff. After a busy day, they found a place to sit or lie down in the streets, corridors and garages, and took a short rest, so that they could have more energy to devote to the next day’s rescue.

Accompanied by snoring and faint lights, people are awakened from sleep by aftershocks every now and then. 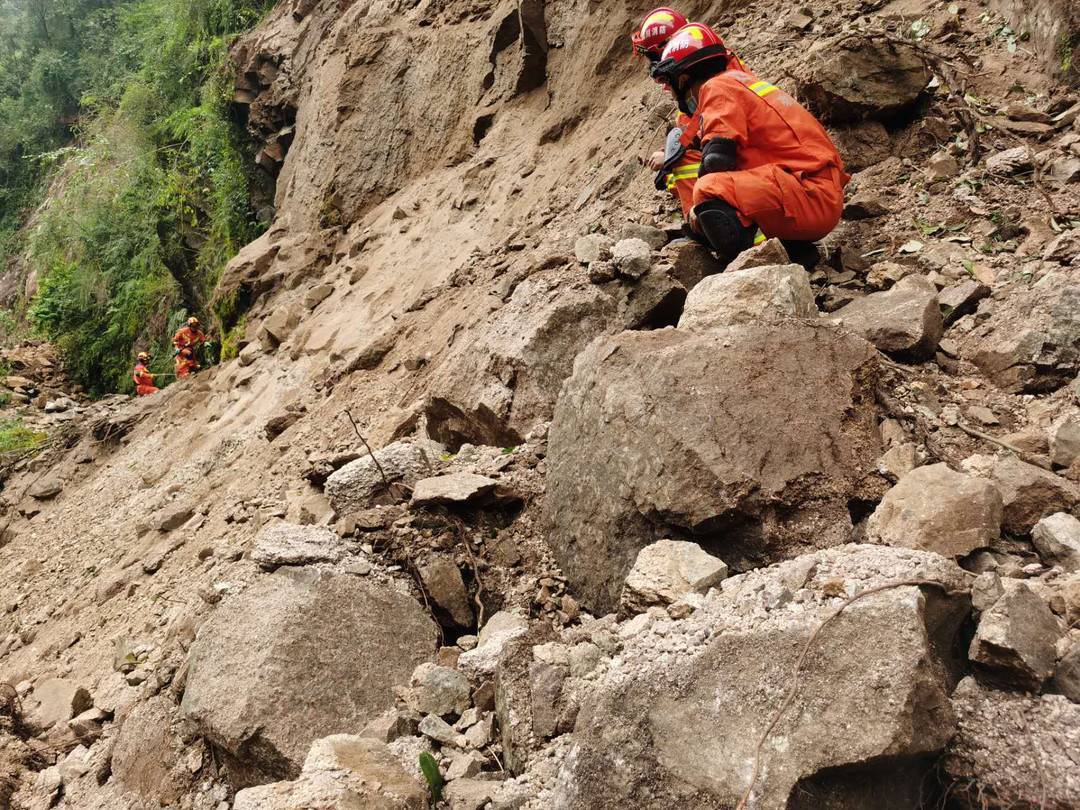 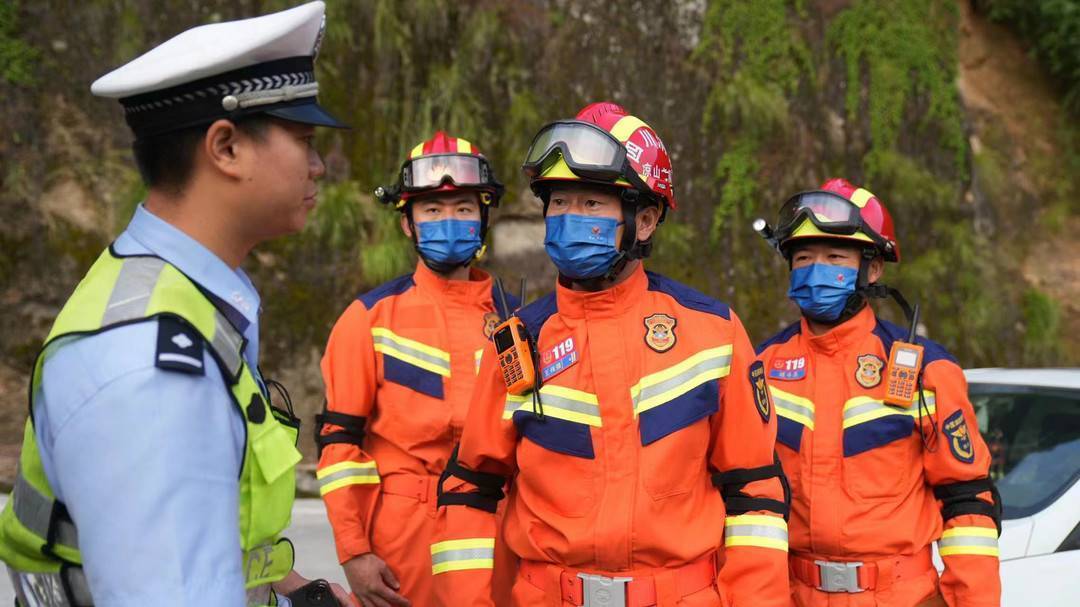 See also  From 18-23 on October 3, Hangzhou added 3 new cases of asymptomatic infection of the new coronavirus, which were detected at centralized isolation points

On the morning of the 6th, according to the arrangement of the headquarters, a total of 30 members of the Liangshan Fire Rescue Detachment were divided into 1 rescue team and 2 platoon teams, and went to Salachigou and Wajiao Village to carry out search and rescue in groups 8 and 9 to help rescue living materials. , transfer evacuees. “I heard that it takes an hour to walk near places, and it may take three or four hours for far places.” “I hope to arrive earlier.” After simply asking the local guide for directions and road conditions, fire rescue personnel rushed non-stop. to the scene.

Go to the direction of Salachigou. The search and rescue team resolutely took over the task, but they did not know that they were about to face 6 landslides, 4 roads collapsed, and the longest one was nearly 100 meters difficult to pass. The landslide is full of gravel and fine sand, and when you step on it, the stones and gravel slide down. There are cliffs on one side, cliffs and rushing rivers on the other, but the masses are ahead. The rescue team fastened the safety rope, held their breath, listened to their “bang” heartbeat, and carefully crossed the landslide and collapsed sections. In the end, the search and rescue team rescued 6 trapped people and evacuated 28 people in Salachigou. 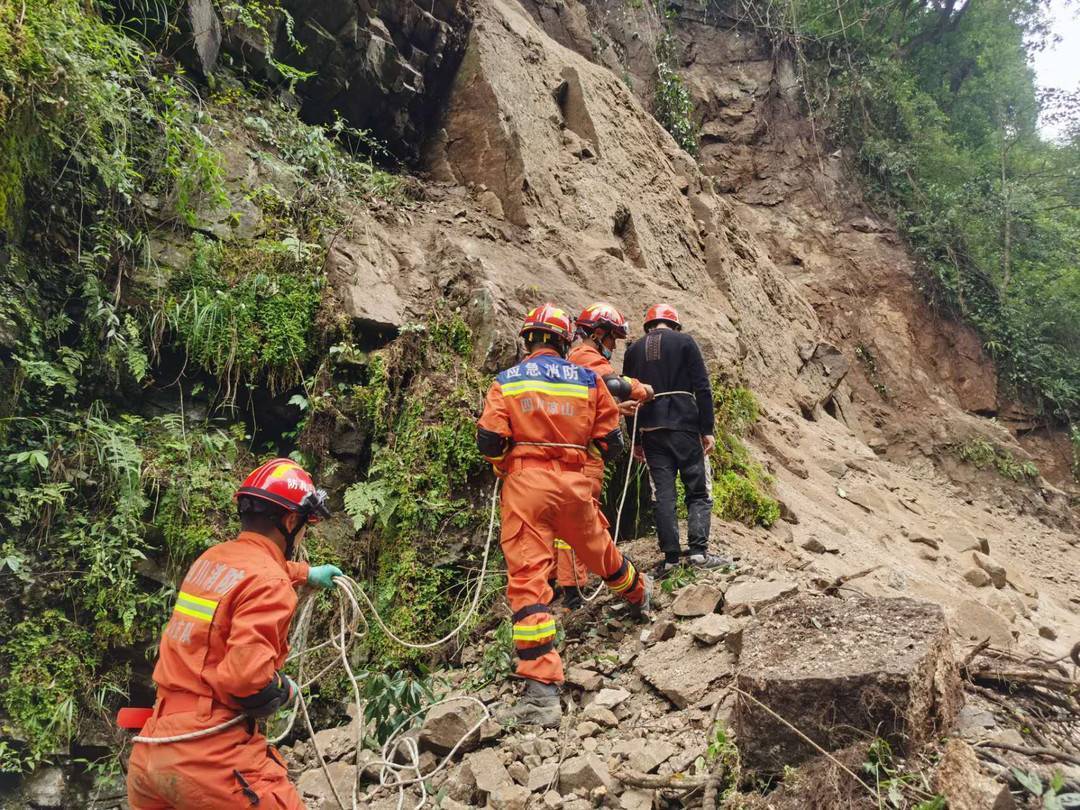 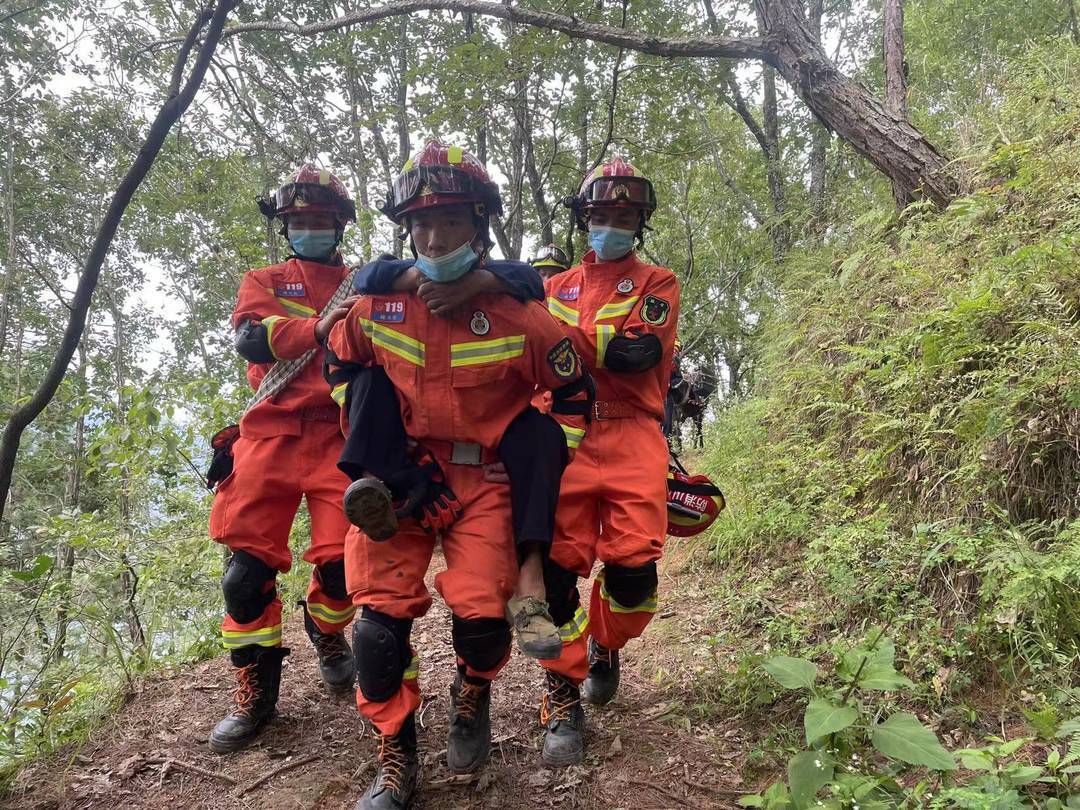 In Wajiao Village, the fire and rescue personnel who came to the scene immediately threw themselves into the search and rescue work, and the team members searched while inquiring. During the search and rescue, they learned that a grandmother was trapped at home with a leg injury, and they rushed to the grandmother’s house immediately. The location of the grandmother’s house is on a hillside, and the old man suffers from diabetes and cerebral infarction. Aftershocks continue, the situation is urgent. After negotiation, the rescuers carried the old man on their backs, and the rest of the staff did the protection and replacement work. After more than three hours of relay carrying, the sweat of all team members wet the clothes, and finally successfully transferred the trapped old man to a safe area. Fire rescue personnel rescued 2 trapped persons in Wajiao Village, helped 5 households to rescue living materials and poultry and livestock, and evacuated more than 50 people.

The golden 72 hours of rescue have not ended, and the rescue operation is still going on.Return to Sohu, see more

“Send me a picture?” Posing as women on social media, Ukrainian hackers have tracked down Russian soldiers

Municipalities that split at the beginning of the...

They denounce the lack of means to recognize...