The opening of the 1,000-km-long China-Laos Railway from Kunming, China in the north to Vientiane, Laos, will vigorously promote personnel and material exchanges and exchanges and cooperation in various fields between the two countries and regional countries, and inject strong confidence and impetus into regional development.

Promote China Unicom, benefit the people’s livelihood, and develop together. Xi Jinping has always been very concerned about the progress of the China-Laos railway and has issued important guidelines many times. “First Report” sorts out for you——

“Let Laos connect with neighboring countries and even the world“

Before the completion of the China-Laos Railway, Laos had only a 3.5-kilometer-long railway connecting Thailand. The traffic bottleneck has become a major factor restricting the economic development of Laos.

As neighboring countries connected by mountains and rivers, China and Laos are good neighbors, friends, comrades, and partners who share the same goals. Adhering to the concept of friendship, sincerity, benefit and tolerance, the two countries continue to expand pragmatic cooperation and jointly build the “Belt and Road”, and the China-Laos railway project will be a matter of course. 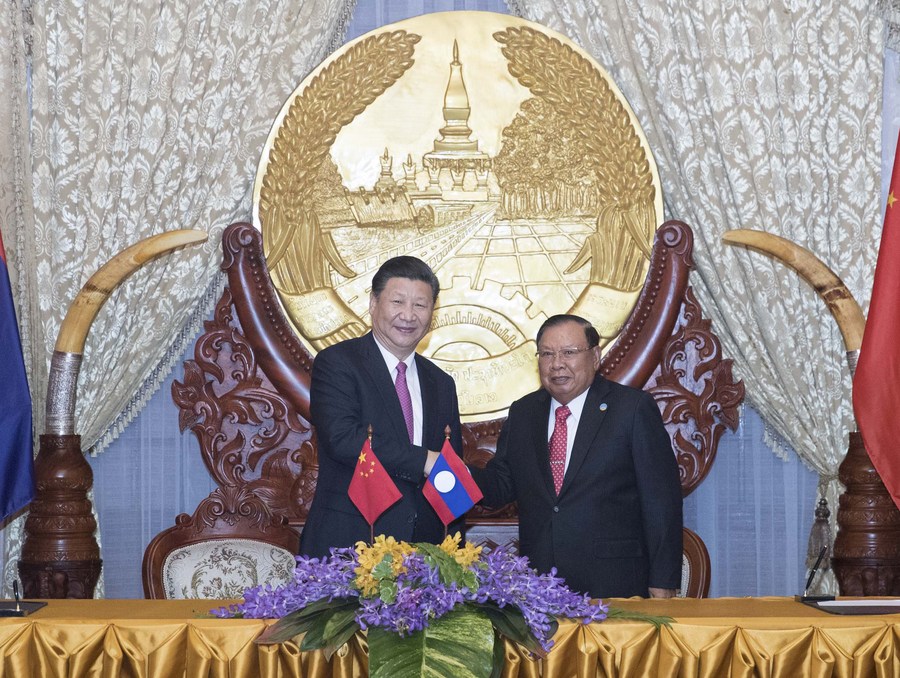 Suphan Jomisai, the then Minister of Investment and Planning of Laos, said, “The Belt and Road Initiative proposed by President Xi Jinping and the Laos-China Railway under construction provide new ideas and new opportunities for Laos to implement its development plan.” 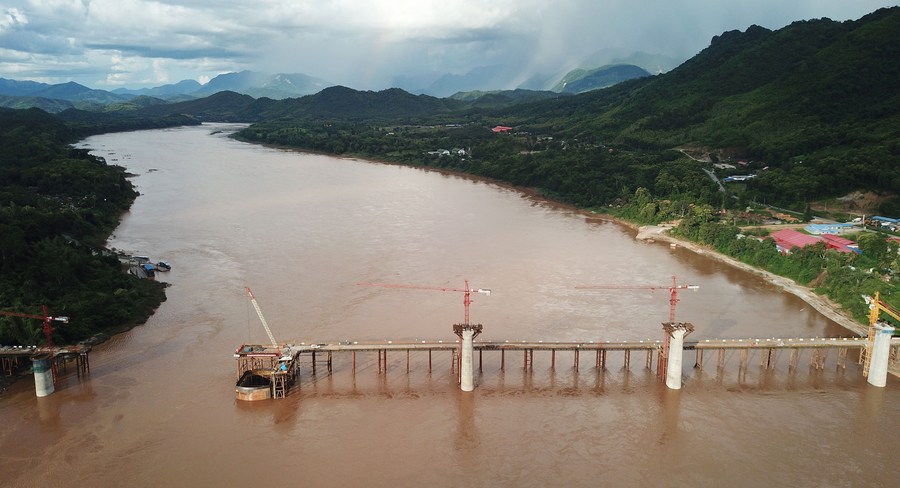 On July 11, 2018, the foundation construction of the main bridge of the China-Laos Railway across the Mekong River was fully completed.

With the opening of the entire China-Laos railway line, the journey from Vientiane to the China-Laos border will be shortened from 2 days to 3 hours. The interconnection between China and Laos has achieved leapfrog development, and the Chinese dream and the Lao dream are more closely connected.

Since the start of the whole line in 2016, the China-Laos railway project has attracted more than 5,000 local people to participate in the construction. Groups of Lao youths have stepped out of the mountains to learn advanced technology and knowledge.

The 34-year-old Songzhai Saiyafong is from Xieng Khouang Province in the mountains of northern Laos. He joined the project when the construction of the China-Laos railway started. “After I came to work at the Laos-China Railway, I learned more and learned to use higher-end equipment.” Song Zhai said, “China‘s railway system construction is more complicated, the technology is more difficult, and the project content is richer.”

After the improvement of technical level, he has bigger dreams. “Laos railway construction has just started. In the future, the railway may run through Laos from north to south and spread all over the country.” Song Zhai said, after he has accumulated experience and technology, “maybe you can set up a surveying and mapping company and cooperate with Chinese companies.” 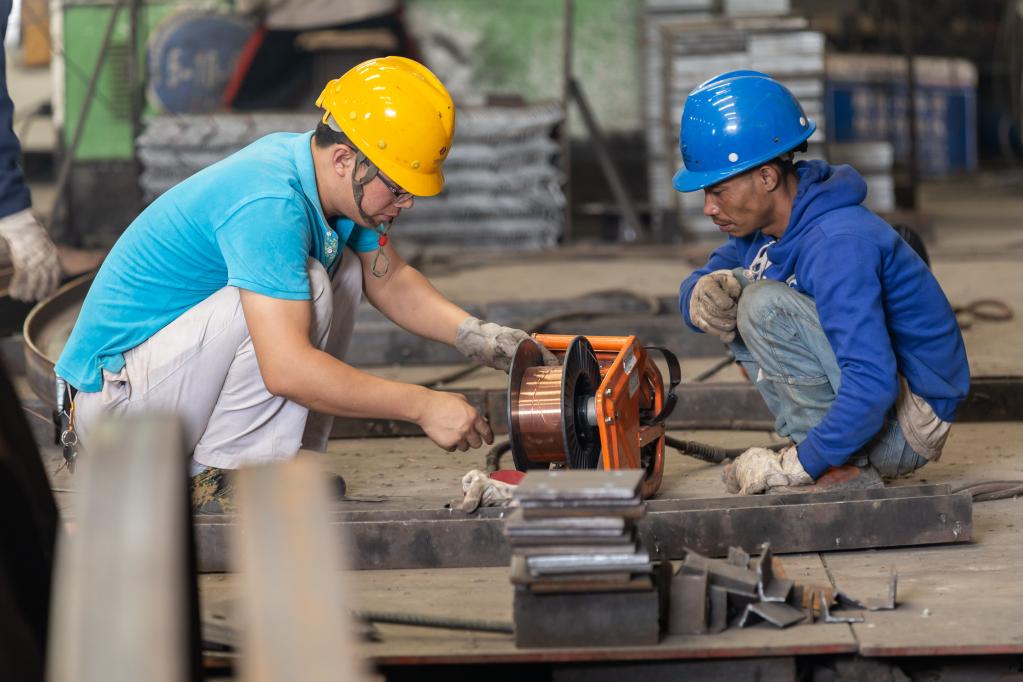 “I have been working on the railway for 4 years, and I have seen the tunnels and bridges in the middle of the mountains bring a better living environment.” Laotian translator Kansu said, “Without this railway, I would not have left Laos. Thoughts. Now I want to get on the train right away and take a look outside.”

“Achieving the common development of the countries along the route and letting the people live a good life is my original intention to put forward the’Belt and Road’ initiative.” As Xi Jinping pointed out in his reply to all teachers and students of the China-Laos Friendship Rural Ice Village Primary School, strengthening China-Laos cooperation in the field of people’s livelihood and promoting China-Laos cooperation under the framework of the “Belt and Road” is an important part of building a China-Laos community with a shared future.

“Promote the building of a community with a shared future between China and Laos, which will continue to deepen and become more effective”

This document specifically mentions the need to rely on the China-Laos railway to develop economic and trade cooperation focusing on interconnection and cooperation in production capacity and investment.

“The Lao people are proud and excited about the upcoming development of tourism and trade through the Lao-China Railway.” Dao Wang, Executive Vice President of the Lao National Chamber of Commerce and Industry believes that the Lao-China Railway will greatly reduce transportation costs, vigorously promote domestic trade and investment, and attract more. Tourists, and promote the progress of communications, education and health.

Lao National Assembly Vice Chairman Songma Phenchenah said, “The Laos-China Railway is a road of cooperation, a road of industry, and a road of development in the century that will give rise to many’pluses’.” 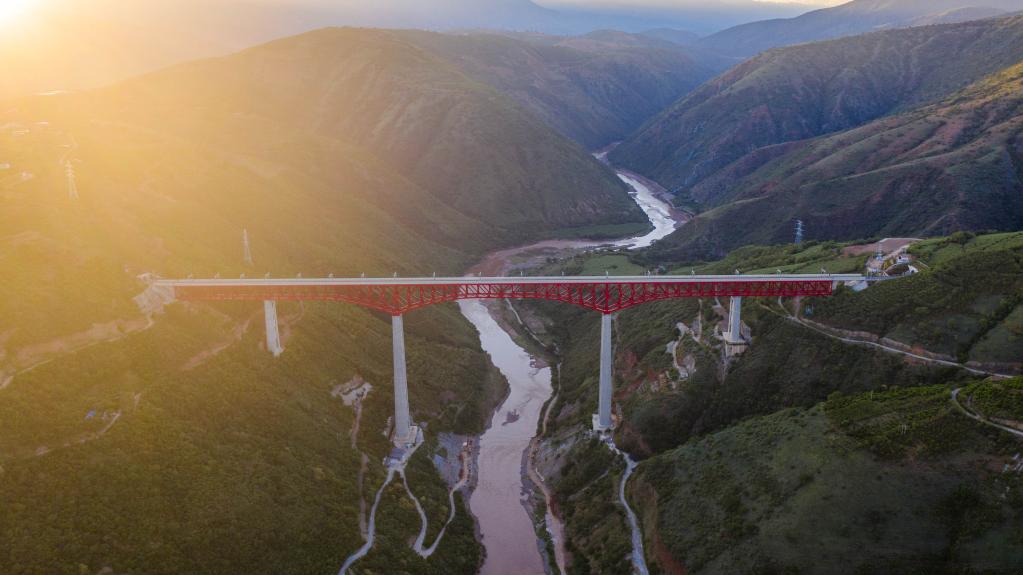 The Yuanjiang Double-Track Bridge on the China-Laos Railway was photographed on September 27, 2021.

“We need to work with Laos to start the construction of the China-Laos-Thailand connection as soon as possible, and then connect with the Malaysia-Singapore railway network in the south, and connect with the China-Europe train in the north, so as to turn Laos’ shortcomings of landlock into a’hub’ advantage.” China Jiang Zaidong, the ambassador to Laos, said, “It is necessary to speed up the comprehensive development along the railway to inject impetus into Laos’ economic recovery and China-Laos pragmatic cooperation, and take concrete actions to reflect the spirit of a community with a shared future for China and Laos.”

To jointly build the “Belt and Road” with high quality to promote the building of a community with a shared future for mankind, and jointly create a path of opportunity to common prosperity. The highly anticipated China-Laos Railway is here!

Produced by the International Department of Xinhua News Agency

Covid, third dose: “No advantage in alternating Moderna and Pfizer”

Udinese does not scratch, but leaves Genoa with...

The Japanese and US leaders’ video meeting maliciously...

Fabbri: “That’s why I denounced the Marshal of...

Many orders, not very personal: this is the...

The Fifth Session of the Seventh Provincial Committee...