Xinhua News Agency, Beijing, May 19th. Title: Make the cake of cooperation bigger and create a better future – Interpretation of President Xi Jinping’s speech at the celebration of the 70th anniversary of the establishment of the China Council for the Promotion of International Trade and the Global Trade and Investment Promotion Summit

“Let us join hands, adhere to peace, development, cooperation and win-win, jointly solve the current problems faced by the world economy and international trade and investment, and move towards a better future together!”

On the evening of May 18, President Xi Jinping delivered a video speech at the celebration of the 70th anniversary of the establishment of the China Council for the Promotion of International Trade and the Global Trade and Investment Promotion Summit.

In his speech, President Xi Jinping reviewed the 70-year development history of the China Council for the Promotion of International Trade, put forward 4 suggestions for addressing global challenges, emphasized China‘s firm determination to expand high-level opening up, and called on the global business community to join hands to overcome difficulties, share opportunities and create a better future. . 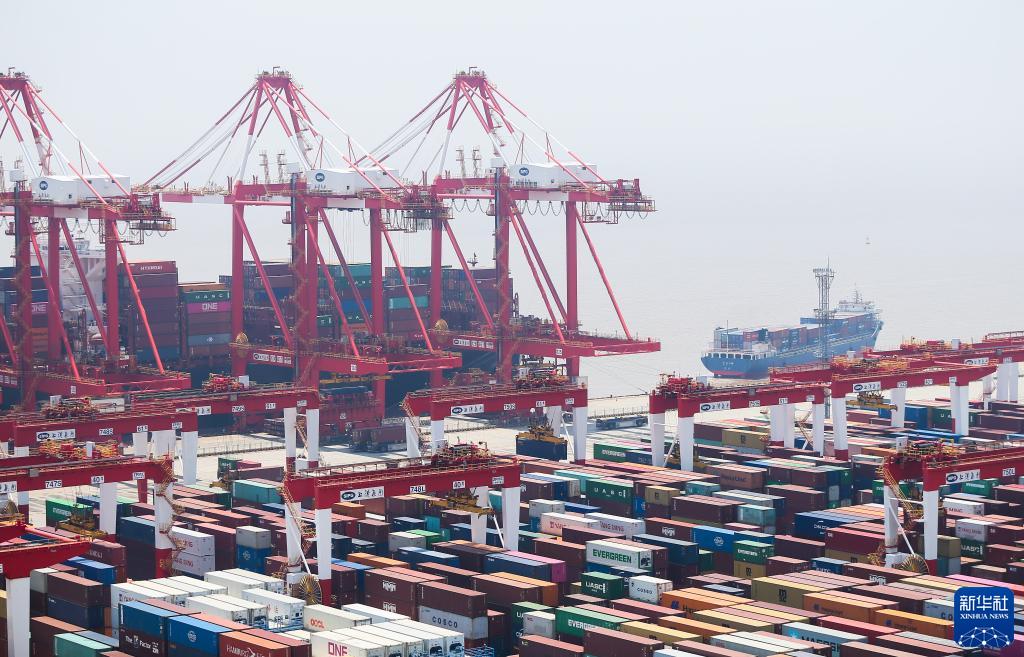 In early summer, Beijing is full of greenery. Before entering the venue of the Diaoyutai State Guesthouse in Beijing, the guests on the scene couldn’t help but take out their mobile phones to freeze the beautiful scenery.

Inside and outside the venue, more than 11,000 people from relevant state leaders, heads of international organizations, representatives of business associations, trade promotion agencies, and enterprises gathered in the “cloud” to seek answers to challenges.

At present, a century of changes and the epidemic of the century are intertwined, economic globalization is facing a countercurrent, and the world has entered a new period of turbulent change. In the face of changes in the world, times, and history, the global business community has become more urgent in its expectation and pursuit of peaceful development, fairness and justice, and win-win cooperation. 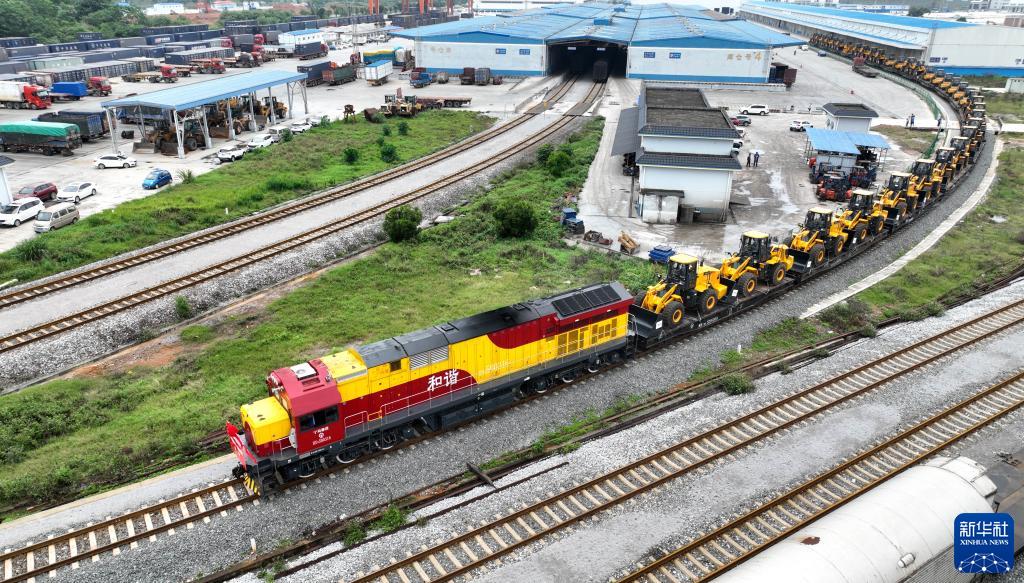 ——To work together to defeat the epidemic.

President of the European Union Chamber of Commerce in China, Woodcker said that at a time when the global economy is facing multiple pressures, President Xi Jinping’s four-point proposal is very timely, aiming to help all parties to unite and cooperate to deal with challenges and work together to bring the global economy back on track.

Nie Wenhui, director of the Development Research Department of the China Council for the Promotion of International Trade, said that the business community of various countries is an important force in promoting the recovery of the world economy. The four-point proposal put forward by President Xi Jinping conforms to the expectations of the business community, helps to build consensus, enhance confidence, and form synergy, and points out the direction for addressing global challenges under the new situation and achieving peaceful development, fairness and justice, and win-win cooperation.

Liu Zinan, Chairman of Royal Caribbean Cruises Asia, who participated in the conference online, said that these four suggestions are highly realistic and meet the needs of enterprises to develop in China. As a representative in the field of service trade, we are willing to stick to the Chinese market with practical actions, and actively wait for the arrival of the opening of tourism and the recovery of the industry.

Among the 4-point suggestions, “gathering together to defeat the epidemic” ranks first, highlighting the importance and urgency of global solidarity in fighting the epidemic. 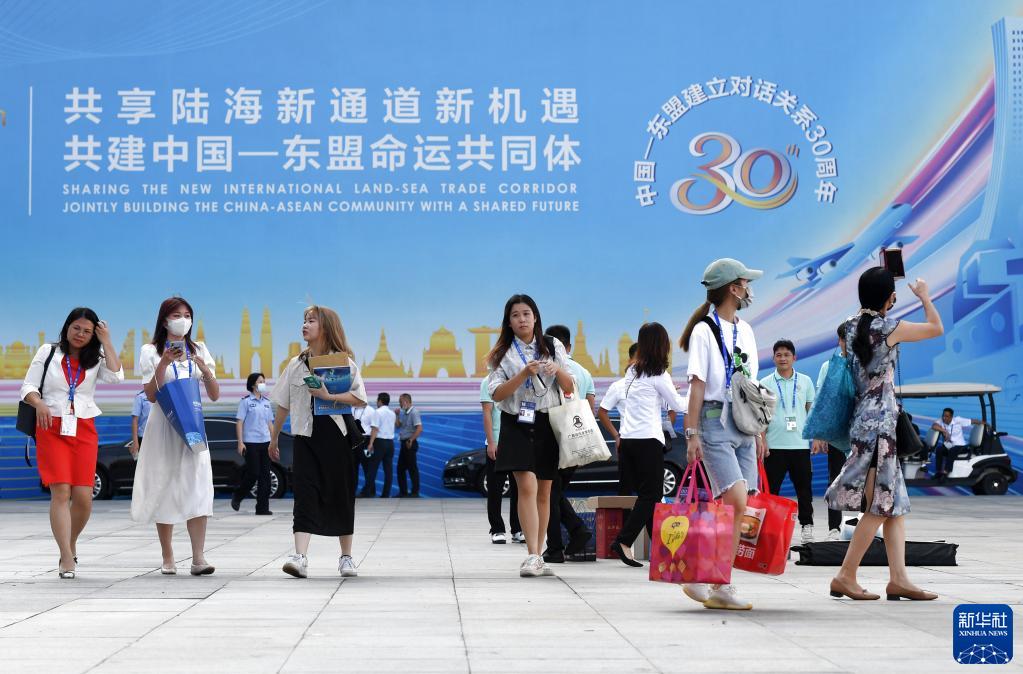 On September 11, 2021, at the Nanning International Convention and Exhibition Center in Guangxi, visitors walked out of the exhibition hall of the 18th China-ASEAN Expo.Photo by Xinhua News Agency reporter Lu Bo’an

At present, the new crown pneumonia epidemic is still running at a high level, and there is huge uncertainty in the mutation of the virus. The cumulative number of confirmed cases in the world has exceeded 520 million, and the number of deaths has exceeded 6.27 million, which has brought an all-round impact on human life safety and the global economy.

President Xi Jinping emphasized that it is necessary to uphold the supremacy of the people and life, actively carry out international cooperation in vaccine research and development, production and distribution, strengthen global public health governance, build multiple defense lines against the epidemic, and promote the building of a community of human health.

In the face of the ups and downs of the new crown pneumonia epidemic, realizing the fair and accessible distribution of vaccines and eliminating the “immunization gap” are the top priorities.

“Thanks to China for providing timely vaccines to Ecuador.” Ecuadorian President Russo said that nearly 60% of Ecuador’s new crown vaccines come from China, and China has played an important role in promoting global new crown vaccinations to achieve phased progress.

Under the haze of the epidemic of the century, how to deal with the challenges of global governance tests the wisdom of all parties.

In his speech, President Xi Jinping proposed, “We must adhere to genuine multilateralism and practice the global governance concept of extensive consultation, joint contribution and shared benefits”, “We must adhere to dialogue instead of confrontation, tear down walls without building walls, integrate without decoupling, and be inclusive without decoupling. Exclusivity, leading the reform of the global governance system with the concept of fairness and justice.” 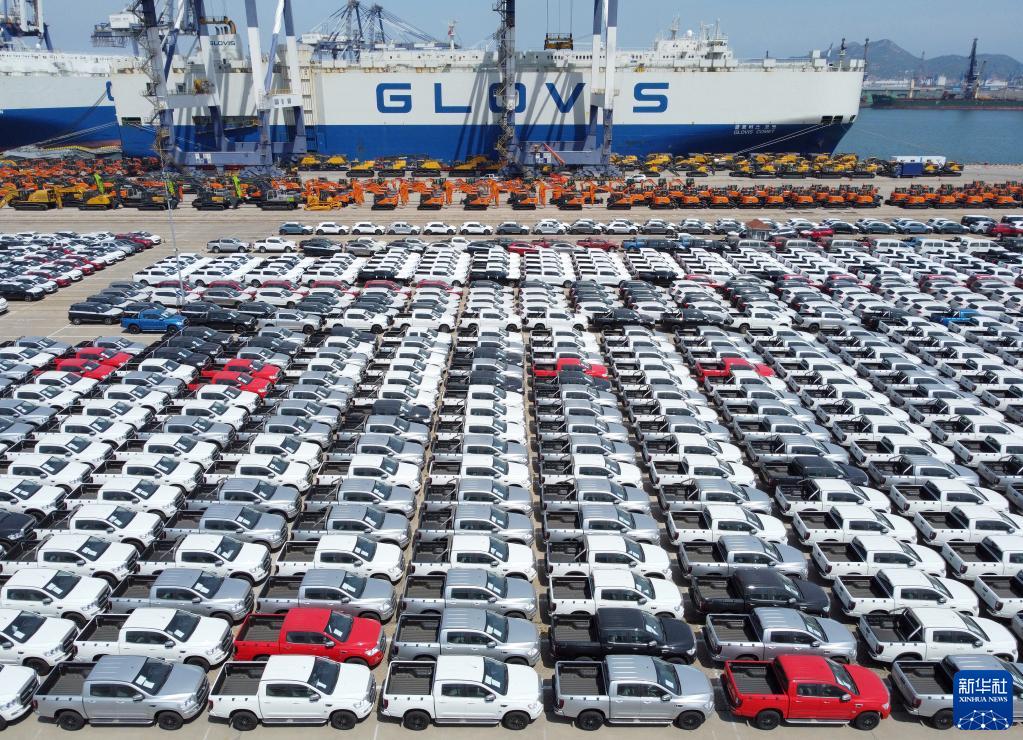 Under the multiple crises, the uncertainty of the world economy has increased suddenly, and the confidence of global trade and investment is under pressure.

The latest forecast of the World Trade Organization shows that due to the situation in Ukraine and other factors, the global economic outlook is bleak. It is expected that the global merchandise trade volume will increase by 3.0% in 2022, which is lower than the previous forecast of 4.7%.

President Xi Jinping proposed: “Reinvigorate trade and investment. It is necessary to coordinate epidemic prevention and control and economic development, strengthen the coordination of macroeconomic policies of various countries, and promote the world economy to get out of the shadow of the crisis as soon as possible.” 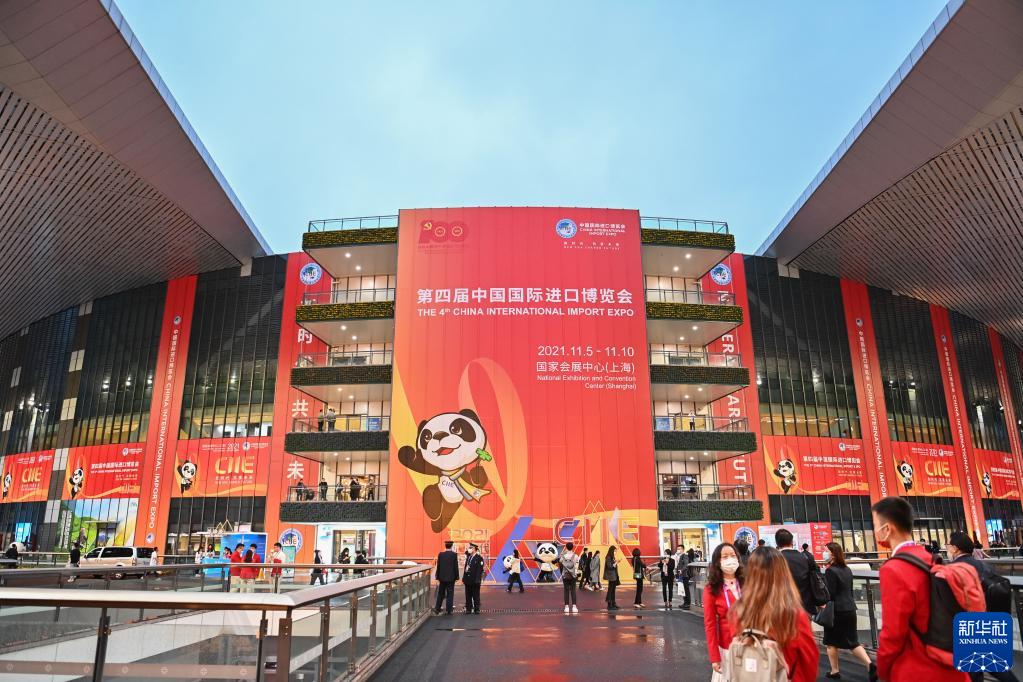 To revive trade and investment, we must ensure sustainable development.

In his speech, President Xi Jinping reiterated the global development initiative and called on all parties to work together to comprehensively advance the United Nations 2030 Agenda for Sustainable Development.

“Promoting the transformation of the world‘s economic power requires the cooperation of all countries. President Xi’s proposal for global development is to arouse the international business community and other forces to promote development through cooperation and solve deep-seated problems through development.” Hong Kong, vice president of the University of International Business and Economics Junjie said.

At the meeting, CCPIT representatives from the business community released the “Beijing Initiative of the Global Trade and Investment Promotion Summit”, which aims to jointly cope with the challenges of the epidemic, promote the stabilization and recovery of the world economy, work together to bridge the development gap, actively promote innovation, and promote green, low-carbon and sustainable development. In terms of development and other aspects, it will gather the common aspirations of all parties to work together to promote prosperity and development.

ASEAN Secretary-General Lin Yuhui said that under the epidemic situation, all parties work together to promote market opening and trade and investment facilitation, which is crucial to maintaining the security of the global industrial chain and supply chain.

To revive trade and investment, we need to make a big cooperation cake. 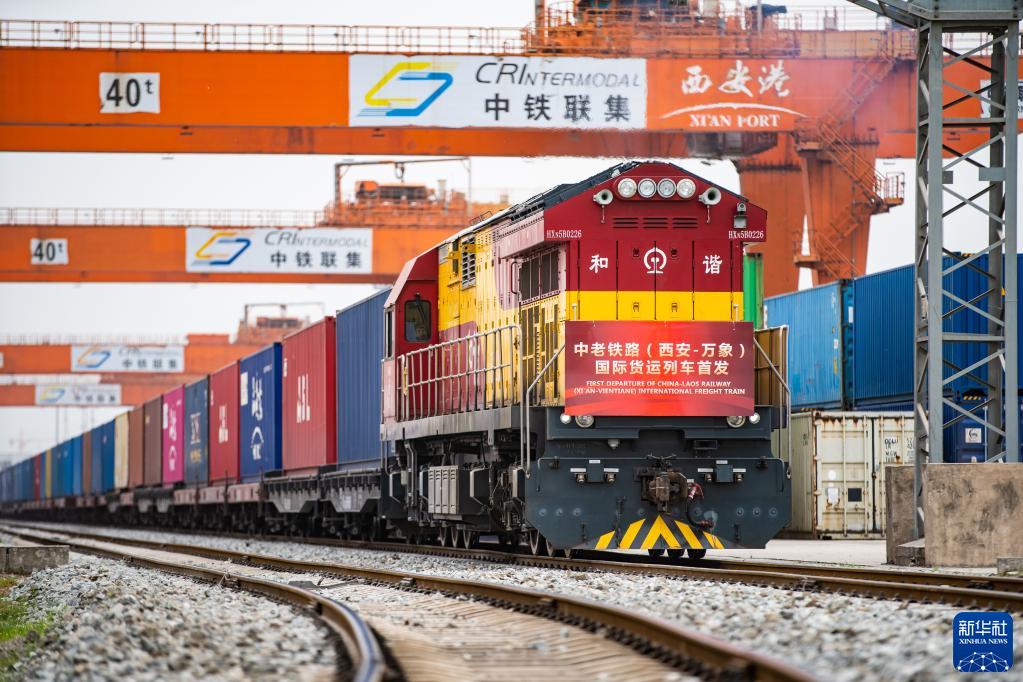 President Xi Jinping stressed that it is necessary to support the multilateral trading system with the World Trade Organization at its core, maintain the security and stability of the global industrial chain and supply chain, make the cake of cooperation bigger, and make development achievements better benefit the people of all countries.

As a beneficiary of the joint construction of the “Belt and Road”, Indonesian President Joko Widodo deeply feels the benefits of win-win cooperation: China has been Indonesia’s largest trading partner for many years and the second largest source of investment in recent years. “The current world requires stronger collective action and more inclusive cooperation between developed and developing countries.”

Kono Yohei, president of the Japan Association for the Promotion of International Trade, said that in the face of the new crown pneumonia epidemic and the complex international situation, he expects economic groups in various countries to strengthen economic promotion activities and contribute to maintaining world peace and stability.

Innovation is a key force in promoting global development and reinvigorating trade and investment. 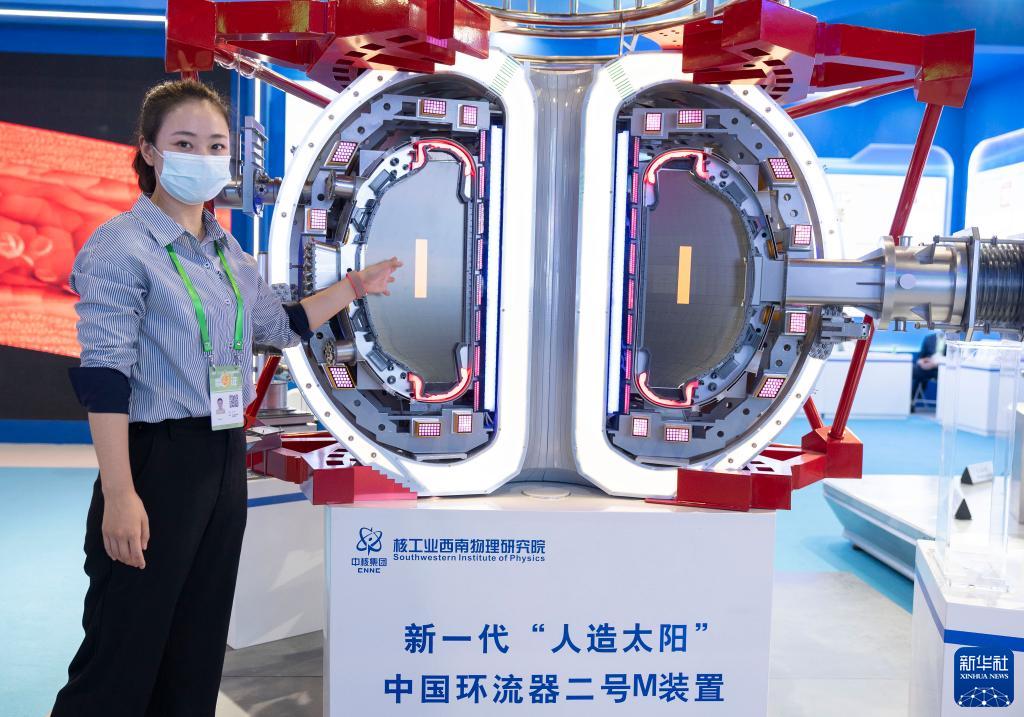 Hong Junjie said that President Xi’s speech pointed out a path for boosting confidence in global cross-border trade and investment. The key to globalization development lies in activating the endogenous power of each country’s economy, which requires breaking down barriers, promoting innovative breakthroughs in the industrial chain and value chain, and injecting inexhaustible impetus into global sustainable development. 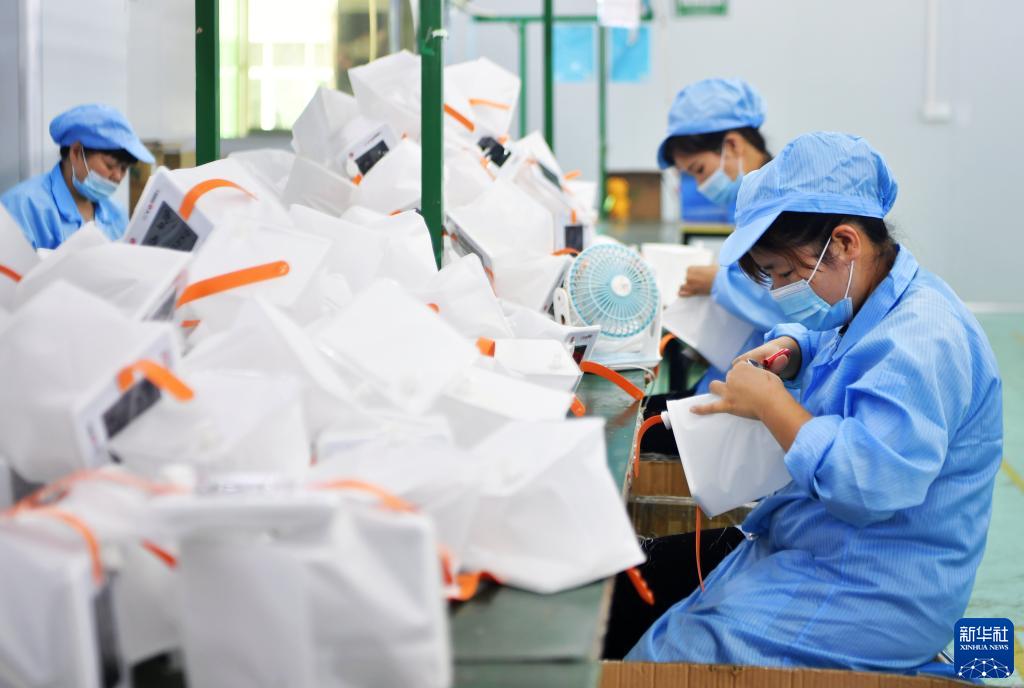 “I would like to reiterate that China‘s determination to expand high-level opening-up will not change, and China‘s door will only open wider.” President Xi Jinping emphasized.

Born by trade, prospered by promotion. From resuming the development of foreign trade to building a major trading country, from introducing foreign capital and technology to promoting the implementation of major foreign-funded projects, from helping enterprises to go global to promoting the joint construction of the “Belt and Road”, from serving the construction of local open economy to helping optimize the business environment… The 70-year history of the China Council for the Promotion of International Trade is an important manifestation of China‘s continuous expansion of opening up.

Looking back on more than half a century of cooperation with the China Council for the Promotion of International Trade, Craig Allen, president of the US-China Business Council, said, “Along the way, American companies have built a solid foundation of expertise and developed a supplier network in China. , technology and talent system. Through cooperation, we help Chinese companies integrate into the global supply chain, which is increasingly inseparable from China. There is no doubt that our two countries, people and economies have benefited from this success cooperate.”

China has an opportunity to inject confidence and impetus into the gloomy global economy. 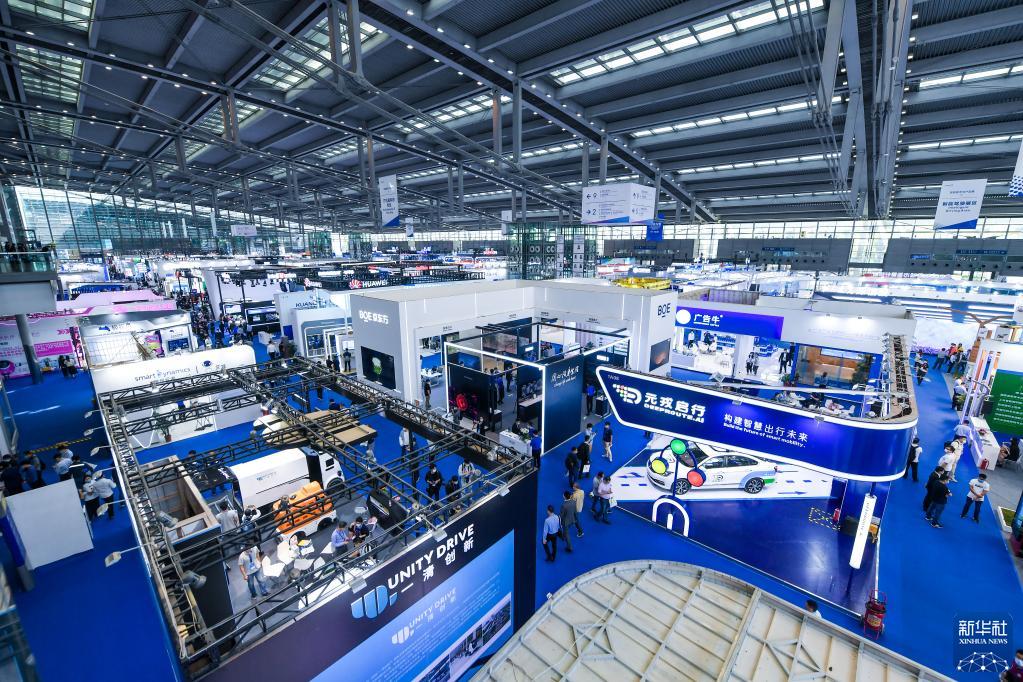 Solidly promote the construction of the Pilot Free Trade Zone and Hainan Free Trade Port, hold major exhibitions such as the China International Import Expo, the Canton Fair, the Service Trade Fair, and the Consumer Fair, and sign cooperation documents with 149 countries and 32 international organizations to jointly build the “Belt and Road”… …A pattern of opening up to the outside world with a wider scope, wider field and deeper level is taking shape.

Zhang Xiaolei, President, President and Vice Chairman of Standard Chartered Bank (China), said that benefiting from a series of measures to expand opening up, the network revenue of enterprises in the China-ASEAN corridor increased by 35% year-on-year in the first quarter. In the next three years, Standard Chartered will invest US$300 million in China-related businesses and work with more clients to share new opportunities in China‘s continuous expansion and opening up. 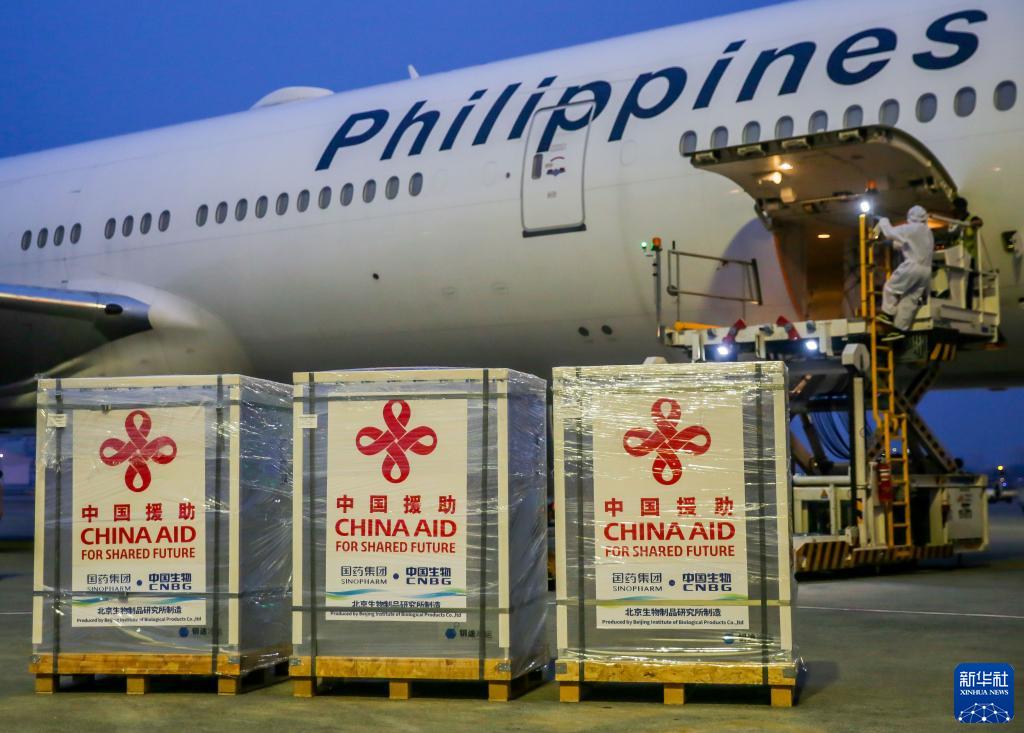 On August 20, 2021, the third batch of new crown vaccines assisted by the Chinese government arrived in Manila, the capital of the Philippines. Xinhua News Agency (Photo by Umali)

Opening up brings progress, and cooperation can achieve win-win results.

A more open China is opening its arms, making concerted efforts with all countries in the world, sharing opportunities with the global business community, and moving towards a better future together!

In flames uninhabited house in Oderzo, you find...

Seeking innovation and development and discussing the grand...

Accident on the Gran Sasso, loses the rope...

Beijing will free up storage space for 25...

Belluno, fewer and fewer employees in the municipalities...

Leading the way forward at a critical moment...