Home News How does my country respond to the continuous mutation of the new coronavirus? -China Daily
News

How does my country respond to the continuous mutation of the new coronavirus? -China Daily

Xinhua News Agency, Beijing, November 30th, title: How does my country respond to the continuous mutation of the new crown virus?

From Delta to Omi Keron, the new crown virus continues to mutate, and the global epidemic is prevalent at a high level, which has brought tremendous pressure on China‘s foreign import prevention. How does the domestic epidemic prevention and control respond to this?

The reporter learned from the National Health Commission that my country will continue to adhere to the overall strategy of “preventing foreign imports and preventing internal rebounds” to achieve early detection, rapid disposal, precise control, and effective treatment to ensure that the epidemic does not appear to be imported and rebounded on a large scale.

Recently, a mutant strain of the new crown virus appeared in some countries. The World Health Organization urgently convened a special evaluation meeting to list it as a mutant strain that “needs attention” and required countries to strengthen monitoring and sequencing.

The National Health Commission organized experts from the China Centers for Disease Control and Prevention to research and judge that my country’s “external defense import, internal defense rebound” prevention and control strategy is still effective for the Omi Keron mutant.

The above-mentioned experts also said that wearing a mask is still an effective way to block the spread of the virus, and it is also applicable to the Omi Keron mutant strain. In addition, it is necessary to wash hands frequently, do good indoor ventilation, do a good job of personal health monitoring, and reduce unnecessary entry and exit.

“New crown pneumonia is a new infectious disease. The virus mutates faster and the case fatality rate has not dropped significantly.” The choice of prevention and control strategy of the People’s Republic of my country first considers the people first and life first, and puts the protection of people’s health in a prominent and priority position.

“Research shows that the mutation frequency of the new coronavirus is about three parts per million, and the emergence of new mutant strains is normal.” said Qian Zhaohui, a researcher at the Institute of Pathogenic Biology, Chinese Academy of Medical Sciences. The spread of the Keron mutant strain is indeed very fast and deserves great attention, but whether it will surpass Delta and become the new major epidemic strain is difficult to judge based on current data.

Can the current nucleic acid detection reagents effectively detect the Omi Keron mutant? Xu Wenbo, director of the Institute for Viral Disease Control and Prevention of the Chinese Center for Disease Control and Prevention, said that the genome analysis of the Omi Keron variant showed that its mutation site does not affect the sensitivity and specificity of mainstream nucleic acid detection reagents in my country.

Is the effectiveness of existing vaccines affected? Xu Wenbo said that the ability of existing vaccines to escape immunity needs further monitoring and research. However, my country has already completed the preliminary technical reserves and research on multiple technical routes including inactivated vaccines, protein vaccines, and carrier vaccines for the Omi Keron mutant strain, and some companies have begun relevant preliminary design. 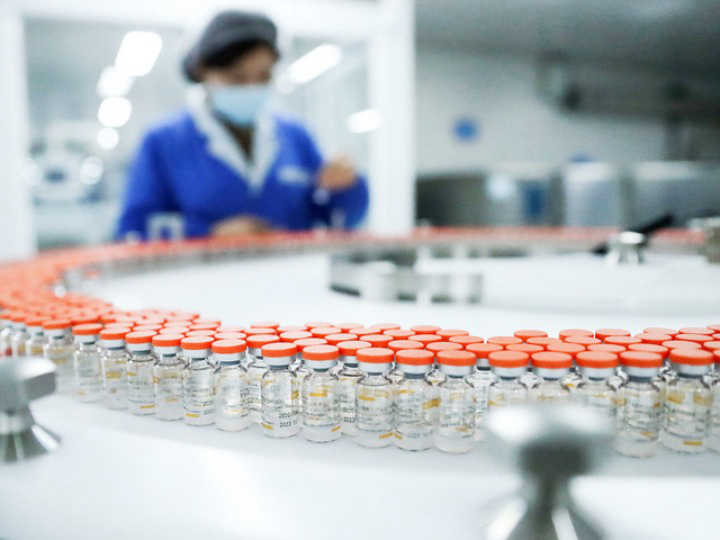 In January this year, the staff of Kexing Zhongwei checked the label of the new coronavirus inactivated vaccine.Photo by Xinhua News Agency reporter Zhang Yuwei

Early detection buys time for timely handling of the epidemic

Compete against mutant strains with stronger transmission power, and take the initiative as soon as you discover it earlier.

The current round of the epidemic in my country, which began in mid-October, was triggered by the import of the delta mutant strain from abroad, and many provinces were controlled within an incubation period. Some of the prevention and control experience in this process can continue to be used to “counter” new mutant strains.

According to Wu Liangyou, deputy director of the National Health Commission’s Disease Control Bureau, the National Health Commission has strengthened epidemic surveillance and information reporting, implementing “reports every Yang, report immediately, and investigation upon receipt of reports”. The joint prevention and control mechanism of the State Council is integrated. The team immediately dispatched a working group to provinces with the risk of spreading the epidemic to carry out emergency response work, so as to buy time for early detection and early treatment of the epidemic.

At the same time, relevant departments have adopted more scientific and precise prevention and control measures, and effectively leveraged the multi-departmental coordination mechanism such as the flow traceability special class and the regional coordination investigation special class. The national flow control expert team arrived at the scene as soon as possible, and worked together with the provinces and cities. Seize the 24-hour prime time to quickly determine, investigate, and control close contacts, sub-close contacts, and other at-risk individuals to effectively prevent the spread of the epidemic.

Many orders, not very personal: this is the...

The Fifth Session of the Seventh Provincial Committee...

Overwhelmed by a tree and killed at the...

Hookup+｜Forging a New Era of Discipline Inspection and...

Berlusconi withdraws from the race at the Quirinale,...