Original title: In the face of the epidemic in many places, how to ensure the supply and price of “rice bags” and “vegetable baskets”?

Henan Province added 98 local confirmed cases of new coronary pneumonia on the 13th, and Shanghai added 2 new local confirmed cases of new coronary pneumonia and 3 local asymptomatic infections on the 13th… Overseas epidemics are raging, and local clusters have occurred in many parts of the country. How to reduce the price fluctuations of people’s daily necessities while maintaining the “foreign defense against import, internal defense against rebound” epidemic defense line? Is the supply of agricultural and sideline products during the Spring Festival worry-free?

In the face of the Spring Festival travel with large population movements and the Spring Festival holiday with frequent gatherings of people, let the people live a safe and secure year. Epidemic prevention and control and supply and price stabilization require both hands-on efforts. Doing a good job in ensuring supply and price stability of “rice bags” and “vegetable baskets” depends on keeping up with supply, ringing alarm bells, working plans, smooth logistics, and less price fluctuations.

The supply of “rice bags” and “vegetable baskets” is generally sufficient

Keeping up with the supply is a major prerequisite for ensuring supply and stable prices. “Rice bags” and “vegetable baskets” are closely related to the daily life of thousands of households. In the face of the epidemic and during the festival, the market for important livelihood commodities should not be subject to excessive fluctuations. The Joint Prevention and Control Mechanism of the State Council pointed out that it is necessary to do a good job in ensuring the living materials of the people in the closed and controlled communities, and ensure that the people’s demands can be responded to and resolved in a timely manner.

Liu Han, deputy director of the Department of Marketing and Information Technology of the Ministry of Agriculture and Rural Affairs, introduced that in terms of “rice bags”, my country will have another bumper harvest of grain in 2021, with an output of 1,365.7 billion catties, an increase of 26.7 billion catties over the previous year. The output of rice and wheat also increased compared with the previous year. At present, my country’s grain inventory remains high. The two major rations of rice and wheat account for more than 70% of the total inventory. It can be said that the field output is sufficient, the warehouse reserves are sufficient, and the market goods are sufficient. During the festival, the “rice bag” has a solid foundation for ensuring supply and stable prices.

In terms of “vegetable baskets”, the current national vegetable field area reaches more than 80 million mu, which can provide about 3 catties of vegetables per person per day, which can effectively guarantee the market supply. Vegetable prices are expected to be firmer due to rising gasoline and diesel prices, seasonality and extreme weather. The production of live pigs resumed ahead of schedule, the production capacity of beef, mutton, poultry, milk and eggs is at a high level, the fishery production is stable, the output of aquatic products is sufficient, and the supply of livestock, poultry and aquatic products is fully guaranteed. In addition, it is expected that the fruit market will be sufficient in volume and variety, and prices will be relatively stable.

“From the perspective of all aspects, during the Spring Festival this year, the supply of grain, oil, meat, eggs, milk, fish, fruits and vegetables is sufficient, which can fully meet the consumption needs of urban and rural residents.” Liu Han said.

The alarm bell is ringing and the plan is working is an important starting point for early detection and mastery of problems and early dredging and solving of problems.

The focus of ensuring supply and stabilizing prices is to monitor and warn first, and strengthen the accurate monitoring of market prices, supply, reserves, and the number of green traffic during festivals, especially in the epidemic areas, such as grain, oil, meat, eggs, vegetables, fruits, etc., in order to keep abreast of market dynamics and reserves in a timely manner .

The epidemic in Xi’an has touched people’s hearts, and the National Development and Reform Commission and relevant departments have launched a mechanism for guaranteeing living materials. After monitoring found that the number of vehicles transporting fresh and live agricultural products into Shaanxi decreased, the relevant departments of the surrounding 6 provinces and cities were coordinated to establish a joint protection mechanism for Shaanxi, and the organization of the transportation of fresh and live agricultural products to Shaanxi was strengthened. 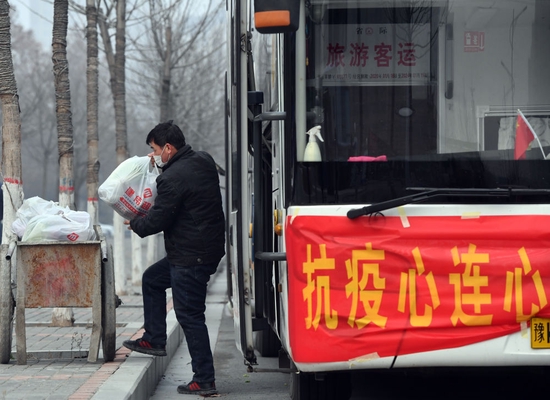 Faced with the pressure of epidemic prevention and control during the festival, major and medium-sized cities have generally formulated plans for ensuring supply and stabilizing prices. But contingency plans cannot be mere paper articles. The plan should be implemented in advance to all departments in a specific way, and no one should underestimate or underestimate the difficulty of ensuring supply and stabilizing prices in the face of the epidemic.

In the face of the epidemic, Tianjin has launched an emergency plan to ensure the supply of people’s living in the city. The stock of vegetables in Tianjin wholesale markets and supermarkets has been increased from 2 days to 3-4 days, and the stock of rice, noodles and oil has been increased from 20 days to 30 days. Some localities have also issued temporary price subsidies or one-off subsidies to people in need according to the changes in prices.

“Further compact local responsibilities, make relevant plans, keep an eye on changes in the epidemic, and resolutely ensure that where there is an epidemic, that is the focus of work.” The relevant person in charge of the Economic Operation Regulation Bureau of the National Development and Reform Commission held a joint prevention and control mechanism of the State Council. said at a press conference.

Ordinary people can enter the store and consume with confidence. During the epidemic, it is not difficult or expensive to buy vegetables, which is a concrete manifestation of the “rice bags” and “vegetable baskets” to ensure stable supply and stable prices. Regulate and guide the market with the release of reserves, and ensure that the “rice bags” and “vegetable baskets” are delivered to the dining table of the masses by smooth logistics.

According to data from the Ministry of Commerce, the prices of grain and oil in key wholesale markets on January 7 were basically the same as a week ago, the price of pork fell by 3.3%, the price of eggs fell by 0.7%, and the average price of 30 kinds of vegetables fell by 0.8%.

“Adhere to both epidemic prevention and supply guarantee, pay attention to the combined forces of the government, the market, and society, and implement regional, hierarchical and classified guarantees,” said Wang Bin, deputy director of the Department of Market Operation and Consumption Promotion of the Ministry of Commerce. Earlier, at the press conference of the joint prevention and control mechanism of the State Council, the Ministry of Commerce stated that it would release the central reserve beef and mutton to some provinces, autonomous regions and municipalities before the Spring Festival to increase market supply. At the same time, guide all localities to actively enrich local reserves, organize the distribution of daily necessities such as winter vegetables, actively organize large wholesale markets and chain supermarkets to strengthen the connection between production and sales, and increase the organization of daily necessities. According to the preliminary investigation, the stocking volume of daily necessities distribution enterprises in various places has generally increased by about 30% compared with usual.

Unblocking logistics should not only unblock the main vegetable producing provinces in the north and the large logistics channel of “south vegetable transportation”, but also unblock the “last meter” terminal distribution channel. After the recent outbreak of the epidemic in Henan Province, the Department of Commerce of Henan Province has actively communicated with a number of online platforms and various supermarkets to increase the distribution of materials in advance to ensure sufficient supply of goods and timely delivery in Henan.

Rain of contributions on DocBi: “An award for the commitment and quality of our work”

Rocca Pietore, a building uncovered by the wind...