Home News In one day, 107 artificial rainfall enhancement operations were carried out, and light to moderate rain fell in many places in northern Hunan-News-Hunan Online
News

In one day, 107 artificial rainfall enhancement operations were carried out, and light to moderate rain fell in many places in northern Hunan-News-Hunan Online

Huasheng Online, September 22 (all media reporter Hu Panpan correspondent Wan Xiecheng) The reporter learned today from the Office of the Provincial Weather Modification Leading Group that on the 21st, the province carried out 107 artificial precipitation enhancement operations, and many areas in northern Hunan generally fell. to moderate rain.

The drought situation continued to develop, and the artificial rain enhancement operation points in the province continued to stand guard, and seize the opportunity to carry out operations. Affected by the cold air going south and the middle and low-level shear, many places had better artificial precipitation operation conditions on the 21st. The province’s meteorological department carried out 107 rain enhancement operations in 12 cities, prefectures, 42 counties and urban areas. According to meteorological monitoring, light rains generally fell in Xiangxi Tujia and Miao Autonomous Prefecture, Zhangjiajie, Changde, Yiyang, Yueyang, northern Changsha, northern Huaihua, and northern Loudi, including Sangzhi, Cili, Jin, Lixian and Linli. At 17 stations, there was moderate to heavy rain, the largest being 20.2 mm in Dongyueguan Town, Cili. The high forest fire danger level in the above-mentioned operating areas was alleviated, and the drought was alleviated to a certain extent. 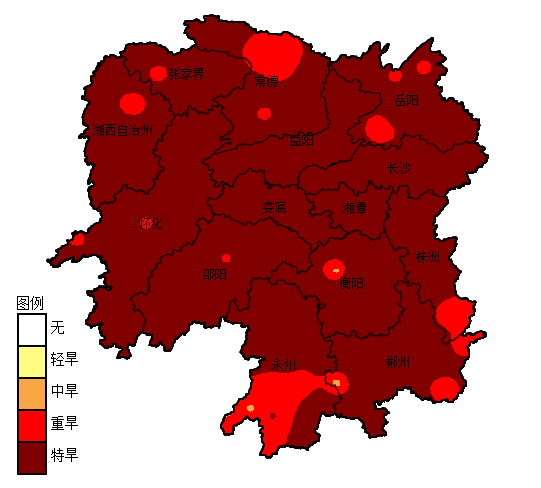 Monitoring shows that at present, all 122 counties and cities in the province have reached the level of moderate drought or above, and 119 counties and cities have reached the level of severe drought or above, accounting for 99.9% of the province’s area. The weather forecast said that there will be light rain on cloudy days in central and northern Hunan on the 22nd, and light to moderate rain on cloudy days in northern Hunan on the 24th. Tang Lin, deputy director of the Office of the Provincial Weather Modification Leading Group, said that on the 22nd in central and northern Hunan, and on the 24th in northern Hunan, we will seize favorable weather and strengthen the organization of artificial precipitation operations.

Massimo Moretti, the philosopher entrepreneur: “With 3D printers we will give every man a home”

There are 170 thousand grandparents in the Treviso...

In Genoa, no logo eyewear, dentist at prices...

The third pole undermines the dialogue between the...

Less than one in three seats for women....

The right is strong in the center as...