Li Qiang said that in the fight against the epidemic in Shanghai in the first half of this year, the three provinces of Jiangsu, Zhejiang and Anhui did their best to provide support. Thousands of medical personnel fought side by side with us, and the continuous supply of guaranteed supplies provided us with strong support. It is not only a full demonstration of the brotherhood of the three provinces and one city in the Yangtze River Delta, but also a vivid interpretation of the integrated development of the Yangtze River Delta. In recent years, the three provinces and one city have resolutely implemented the important instructions of General Secretary Xi Jinping and the decisions and deployments of the CPC Central Committee, insisted on focusing on the overall situation, improving their positions, insisting on developing their respective strengths, and jointly extending the board, insisting on planning first, rolling forward, and insisting on breakthroughs and breakthroughs. Promote on the surface, adhere to the normal long-term effect, seek practical results, and promote the integrated development of the Yangtze River Delta to enter the fast lane. To embark on a new journey of building a modern socialist country in an all-round way and take the lead in basically realizing modernization is the new mission of the Yangtze River Delta era. It is necessary to organically unify the overall situation, work together and compete, and strive to open up a new realm of integrated development in the Yangtze River Delta. Firmly grasp the characteristics of Chinese-style modernization, explore the path and laws of modernization first, and take the lead in realizing the vivid practice of modernization, so as to show the world the bright prospects of Chinese-style modernization. On major issues and matters such as the fundamental well-being of the people in the Yangtze River Delta region, the establishment of a new development pattern in services, and the participation of the country in international cooperation and competition, it is necessary to calculate the overall account, take a step forward and communicate more closely. Cooperation seeks breakthroughs. It is necessary to encourage all cities and regions in the Yangtze River Delta to display their strengths, give full play to their advantages, create bright spots and highlight their characteristics, so as to form a vivid development picture of a hundred gallops competing for the flow and a thousand sails competing for development. Shanghai will thoroughly implement the spirit of General Secretary Xi Jinping’s important instructions, take the initiative to take the lead and coordinate in the integrated development of the Yangtze River Delta, always adhere to service-oriented, function-oriented, platform-oriented, and continuously improve services and services for all parts of the Yangtze River Delta. The energy level and level of serving the overall development of the country.

See also  Issogne, a teacher arrives by bike and reads fairy tales in the courtyard 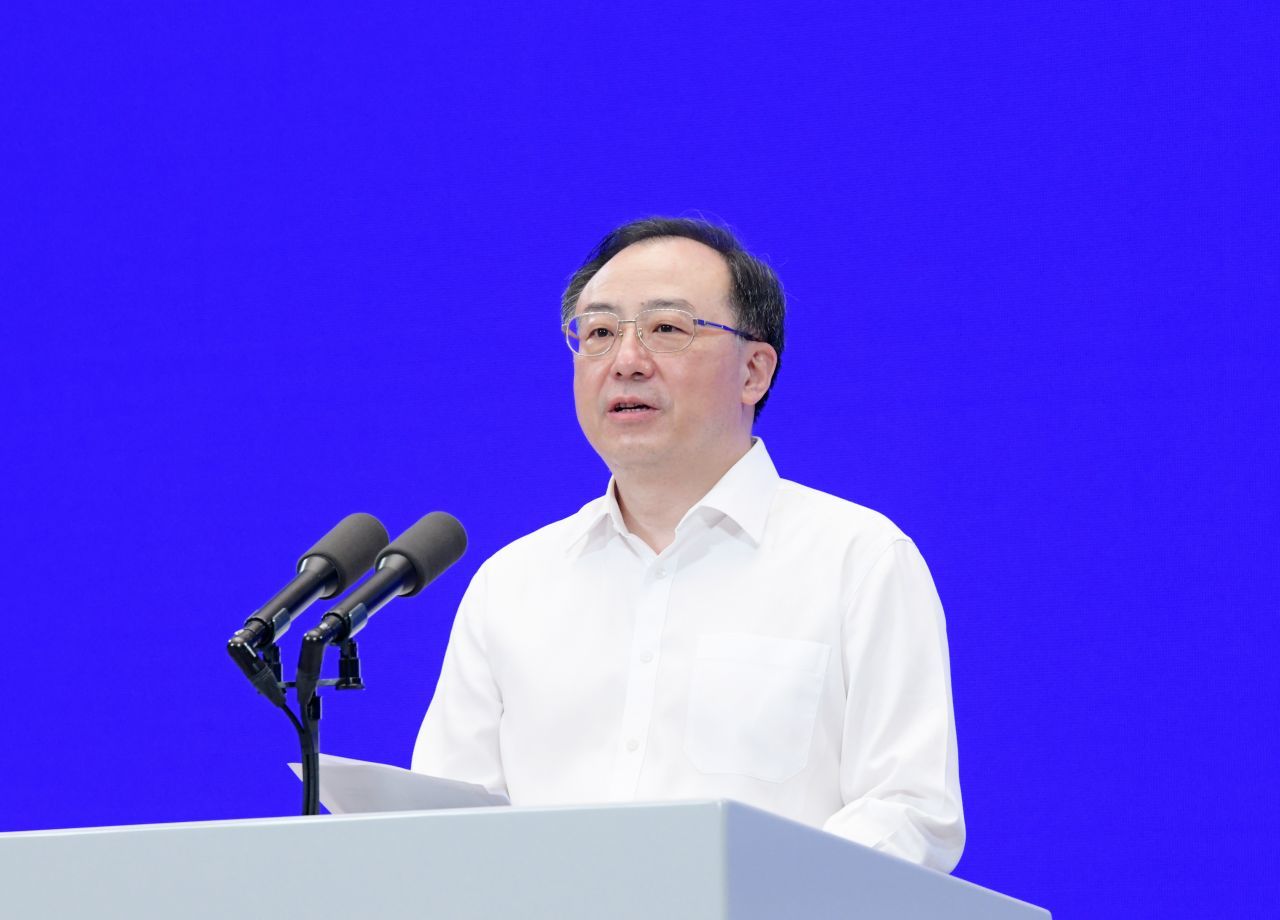 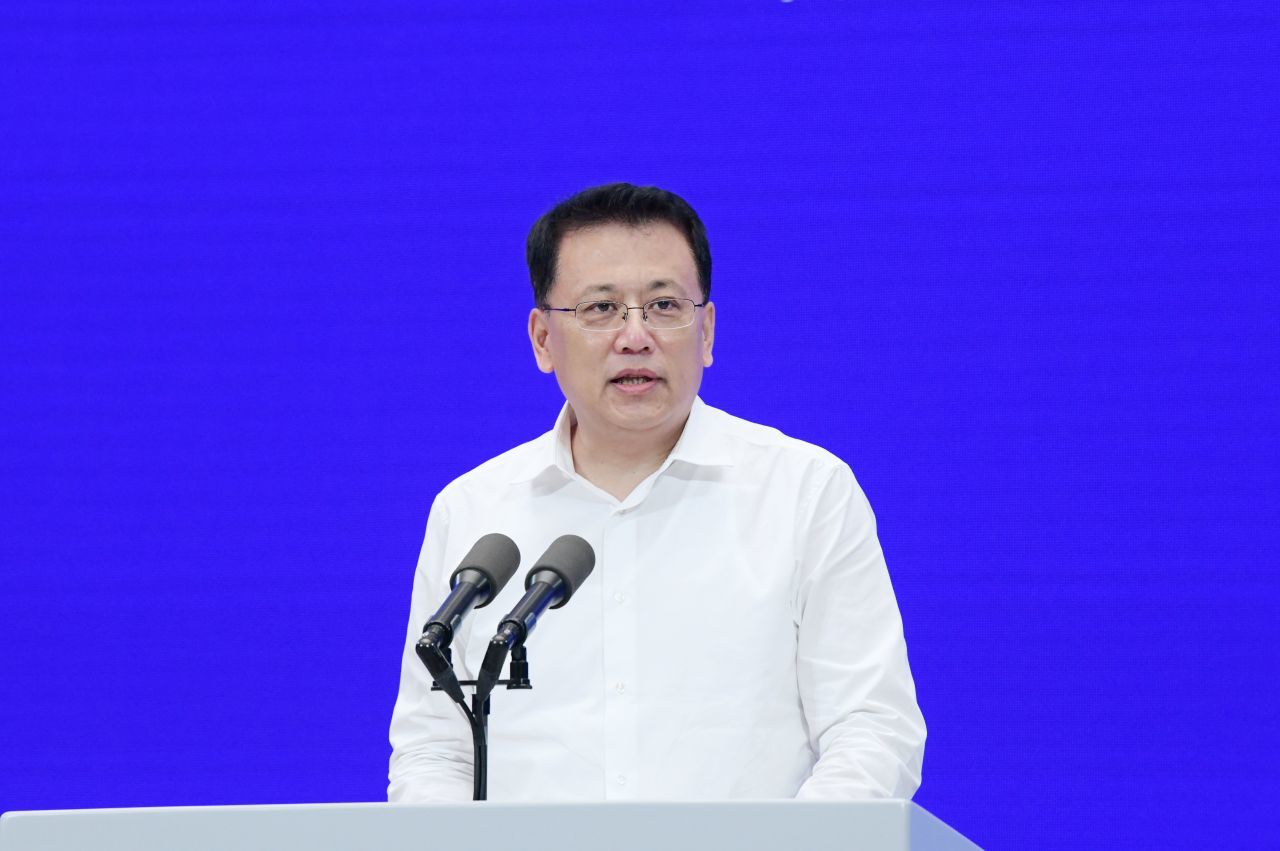 Yuan Jiajun said that under the strong leadership of the CPC Central Committee with Comrade Xi Jinping at the core, Shanghai is leading the way, Jiangsu, Zhejiang and Anhui are each promoting their strengths, and the integrated development of the Yangtze River Delta has formed a new situation. achieve new results. Entering a new journey, the integrated development of the Yangtze River Delta is faced with new strategic opportunities, new strategic tasks, and new strategic requirements. We must learn and understand the spirit of General Secretary Xi Jinping’s important instructions, and deeply grasp the mission and tasks of the Yangtze River Delta in the new era and new journey. Deeply understand and grasp the “three major events” and the strategic positioning of “one pole, three regions and one highland” in the Yangtze River Delta, and “three new missions”, firmly grasp the initiative of innovation and development in their own hands, and promote the “big country” Take root in Zhejiang, win strategic initiative and historical initiative in high-quality integrated development, and be a pioneer in socialist modernization. It is necessary to reform, innovate, coordinate efficiently, and strive to promote the integrated development of the Yangtze River Delta to a new level. Focus on steady growth and play the leading role, work together to build a resilient modern industrial system and logistics system, and effectively implement the “three major events”. Efforts will be made to promote scientific and technological self-reliance and coordinated industrial development, improve the collaborative cultivation mechanism for strategic scientific and technological forces, and collaboratively build advanced manufacturing clusters. Focus on improving international competitiveness, speed up port integration, take the lead in exploring the construction of a unified large market, and comprehensively improve the level of institutional openness. Focus on building the digital Yangtze River Delta, implement the “No. 1 Project” for the digital economy, and build new infrastructure with high standards. Efforts will be made to prevent and defuse risks, resolutely maintain the bottom line of preventing a large-scale rebound of the epidemic, and make every effort to ensure the safe supply of energy and food. Efforts will be made to promote the first demonstration of common prosperity, create an upgraded version of mountain-sea collaboration in the new era, and continue to improve the level of convenience and sharing of public services.

See also  Bonetti, 'in Franchi words the gravity of the situation of women' 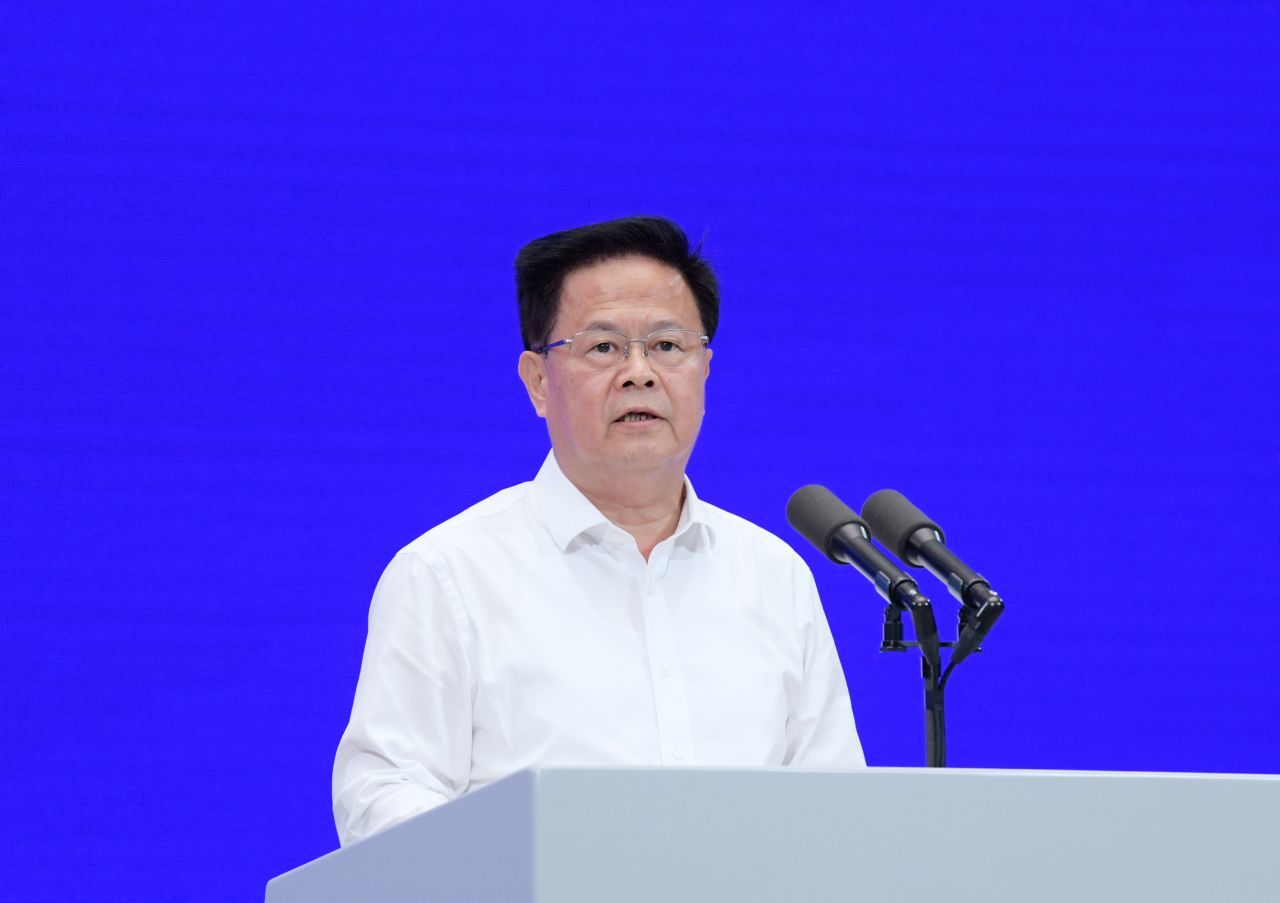 Zheng Shajie said that promoting the integrated development of the Yangtze River Delta is a major national strategy personally planned and deployed by General Secretary Xi Jinping. Anhui has changed from “auditing students” in the Yangtze River Delta to “transfer students” and then “official students”. We will thoroughly implement the spirit of General Secretary Xi Jinping’s important speech on promoting the integrated development of the Yangtze River Delta, and insist on making efforts in the two aspects of integration and high quality. Yang Wan is the director, has the courage to take responsibility, takes the initiative to rely on it, actively integrates into it, and strives to make contributions. It is necessary to give full play to the strong advantages of active innovation, implement the “tree planting project” of scientific and technological innovation, promote the co-construction and sharing of large scientific installations, carry out joint research on key core technologies, and jointly create an influential source of scientific and technological innovation. It is necessary to give full play to the distinctive advantages of the industry, jointly carry out innovative research and development in the seed industry and agricultural machinery, upgrade the production and processing supply bases of high value-added green agricultural products in the Yangtze River Delta, and explore the establishment of a supply chain guarantee list, an alternative list and a supply-demand docking mechanism for the industrial chain. More Anhui products and services complement Shanghai, Jiangsu and Zhejiang to jointly promote the high-quality coordinated development of the three industries. It is necessary to give full play to the good advantages of ecological resources, coordinate to promote carbon peaking and carbon neutrality, jointly grasp the protection of the Yangtze River, and jointly build the Xin’an River-Qiandao Lake ecological protection compensation pilot area, the Hangzhou-Huangzhou world-class natural ecology and cultural tourism corridor, and jointly build beautiful Green triangle. It is necessary to give full play to the vast advantages of the inland hinterland, promote the pairing of Shanghai, Jiangsu and Zhejiang cities to help cities in northern Anhui, actively undertake the spillover effect of the Shanghai International Import Expo, deepen cooperation in the pilot free trade zone, accelerate the creation of a new highland for reform and opening up, and jointly serve the construction of Double loop.

See also  The colors of Friuli in your photos: readers' images to tell the hidden corners of our territory

Ou Hong, Deputy Secretary-General of the National Development and Reform Commission, delivered a speech at the forum. Academician Bao Xinhe, President of the University of Science and Technology of China, focused on the theme of “closely integrating high quality and promoting carbon neutrality”, and Lu Ming, a distinguished professor of Shanghai Jiaotong University’s Antai School of Economics and Management, focused on “taking metropolitan areas as growth poles to promote long-term growth” He delivered a speech on the theme of “Triangular Integration High-Quality Development”. 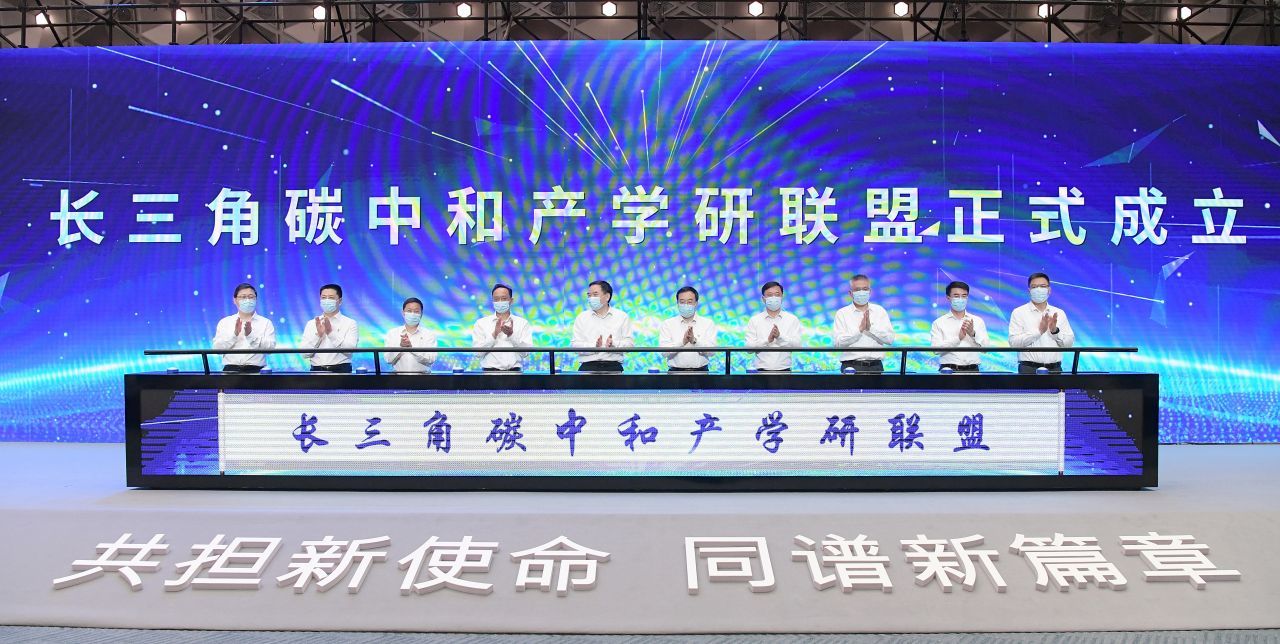 The Zaporozhye nuclear power plant was repeatedly attacked, the Russian side said the Ukrainian shelling violated the basic principles of the International Atomic Energy Agency – yqqlm

If Amazon also tries to turn into TikTok

Abortion, Brothers of Italy in Liguria does not...

Milan, the first is never forgotten: the Bujese...

Pedestrian walk for prevention: after two years of...

Gathering the hearts and minds of the party...

Xi Jinping makes his first appearance after the...