Knowing that sending “diarrhea moon cakes” causes trouble, what is the responsibility of the foundry company COFCO? -Viewpoint · Observation-cnBeta.COM

Recently, Zhihu’s website mailed customized mooncakes to friends who have provided high-quality content for a long time. Unexpectedly, some of them had diarrhea. September 8,Zhihu stated in the letter of apology that this time Zhihu mooncakes were produced by mature companies with good reputation in the industry, and they chose the low-sugar formula provided by the manufacturers.

Some netizens pointed out that in order to pursue low sugar, “Zhihu Mooncakes” replaced the sugar that originally accounted for about 20% of the total weight of mooncakes with sugar alcohols, causing diarrhea. 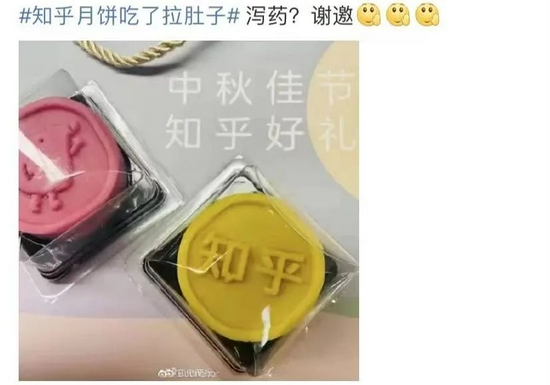 The factory products have been tested by the manufacturer and independent third-party organizations and meet the relevant quality standards of the food industry. However, ignoring maltitol, which is used to replace sucrose, may cause intolerance and physical discomfort to some people. All moon cakes have been contacted for recall. 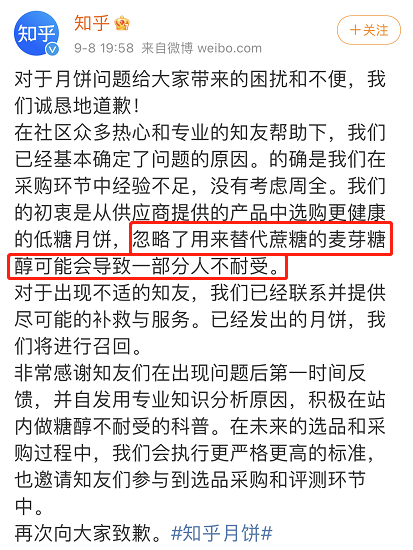 “Maltitol is a sugar substitute. It is a family of xylitol and erythritol, which are very popular nowadays. They are sugar alcohols. Sugar alcohols can give us a sweet taste and produce relatively low energy. However, All sugar alcohols have a characteristic, that is, eating too much can cause diarrhea.

Because sugar alcohol is not absorbed in the human intestines and stomach, or the amount of absorption is small. Most of the sugar alcohols that are not absorbed by the body will accumulate in the intestine, increasing the osmotic pressure in the intestine. Where the osmotic pressure is high, there will be more water. It’s just that they have different thresholds for causing diarrhea, some are high and some are low. In addition, there are individual differences as to how many sugar alcohols will cause diarrhea. People who are prone to sugar alcohol intolerance do not make up the majority of the population. “

Ruan Guangfeng said that according to estimates by relevant professionals, the maximum amount of maltitol in the mooncakes that caused large-scale diarrhea this time can reach more than 50%, and it is conservatively estimated that it will exceed 20%. The tolerance of an adult weighing 60 kg to maltitol is about 20 grams. According to this calculation, this moon cake may have diarrhea if it eats about 100 grams at a time.

Knowing the list of moon cake ingredients, there are white kidney beans, mung beans, maltitol, erythritol, microcrystalline cellulose, glycerin, xanthan gum, carrageenan, etc., these are all legal ingredients, but when added together, there are also “fuels”. The role of. 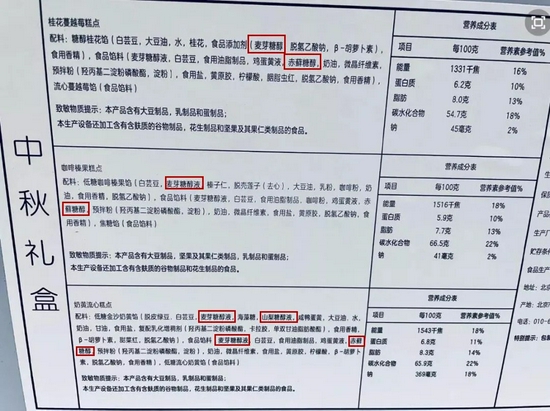 Producers should bear the obligation to prompt risk

On September 9, the relevant person in charge of COFCO Fengtong responded that this year COFCO Fengtong produced more than 50,000 boxes of sugar alcohol mooncakes, which were supplied to 4 customized customers including Zhihu, of which 18,000 boxes were provided to Zhihu. NS. “After the incident, we communicated with four customers. Two companies said that there were no similar problems and did not need to deal with them. Another customized customer had concerns and had already exchanged goods.”

On the afternoon of September 13, the reporter called COFCO, and the staff said that there would be a special person to respond, but as of the time of press, the reporter did not receive a response.

The reporter learned that the current act of entrusting the production of food is a common way of production and operation, and the division of responsibilities also has a legal basis.

In response to Zhihu’s apology letter that “maltitol used to replace sucrose may cause intolerance to some people”, the reporter also carefully checked the label information of “Zhihu moon cakes” and found no similar risk warning instructions. 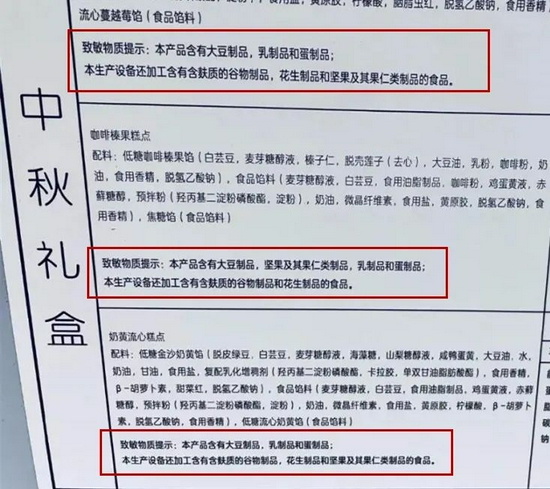 Regarding the issue of the responsibilities of all parties that may be caused by this incident, Yang Ziyang, a lawyer from Beijing Longan (Wuhan) Law Firm, said in an interview with a reporter from China Consumer News: According to the Food Safety Law, Advertising Law and other legal provisions, It mainly depends on whether the outer packaging and individual packaging of moon cakes have fulfilled their reminder obligations.

Yang Ziyang said that COFCO, as a manufacturer, has been tested by the manufacturer and independent third-party agencies and meets the relevant quality standards of the food industry, but ignores that the maltitol used to replace sucrose may cause some people to intolerate situations, such as mooncakes. There is no obvious reminder text for the packaging and individual packaging. As a manufacturer, COFCO should bear the responsibility for the adverse reactions caused by the failure to fulfill the duty of safety precautions to special consumers. In terms of Zhihu, although it is a gifting behavior, it still needs to bear the responsibility of the recall, but the ultimate responsibility still has to be borne by the manufacturer.

Chen Yinjiang, deputy secretary-general of the Consumer Protection Law Research Association of the Chinese Law Society, also stated that the food presented must also meet the food safety standards, otherwise it should be liable for compensation in accordance with the law. According to the provisions of the Food Safety Law, if maltitol is used as a sugar substitute and reaches a certain level of food, it is a food that does not meet the food safety standards, then consumers can either look for Zhihu to protect their rights, or they can look for enterprises to protect their rights. . Even if the use of maltitol as a sugar substitute meets food safety standards, because this situation has a greater risk of causing diarrhea, producers and operators should also make true explanations and clear warnings to consumers, indicating or explaining the correct use method and preventing harm The way it happened. Otherwise, it is also suspected of damaging consumers’ right to know and safety.

The challenge: to attract the money of the Italians

Wearing a five-star red flag brooch on his...

The Pope meets Cingolani and the boys of...

Meng Wanzhou is about to arrive in Shenzhen...

Green pass, athletes with masks and a reduced...

Circular of Health: here are which vaccines made...

Bette Davis is the person who can best...