Home News Li Bai’s Personal Advertising Lawyer Revealed at Many Bus Stations in Beijing: It is against the public order and good customs of the society-Viewpoint·Observation-cnBeta.COM
News

Li Bai’s Personal Advertising Lawyer Revealed at Many Bus Stations in Beijing: It is against the public order and good customs of the society-Viewpoint·Observation-cnBeta.COM

In order to gain personal fame, some people have also begun to take a slant approach, by touching the historical celebrities of porcelain, to gain fame.According to reports, recently, an advertisement appeared on multiple bus stations in Beijing: A man named Zhang Tianyou, who claimed to be “Li Bai Reborn”, not only included his personal introduction, but also a collection of his own published poems. 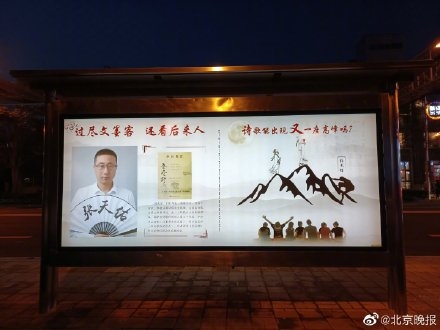 According to media reports, the same advertisements appeared at multiple bus stops such as the east of Beishatan, the north of Changhongqiao, and the south exit of Dongtucheng Road. The propaganda poster is printed with a propaganda photo of Zhang Tianyou holding a shaking fan and his name written on it, as well as an introduction to promote his personal poetry views. His published collections of poems also appeared in advertisements, and the words “Li Bai Reborn” were impressively written on the cover of the collections.

And for some unknown reason, the places where these advertisements were published were near the China Federation of Literary and Art Circles Building and the Chinese Writers Association. Many netizens say that this kind of propaganda is too high-profile.

In addition, a reporter discovered after deep investigation that this man named Zhang Tianyou started to write poems since college, advocating that poetry breaks the rhythm and is full of music, and has written a lot of poems in his own practice, “Li Bai reborn”. It is advertised on the cover of his collection of poems “Dengyun Road”.

Some netizens turned up the photos taken outside the gate of Peking University in 2014, when he sold books in front of the North Gate under the sign of “Li Bai Reborn”.

In this regard, lawyer Peng Yanjun of Beijing Changhong Law Firm believes that the advertisement has been suspected of violating Article 3 of the “Advertising Law”: the advertisement should be true and legal, and express the advertisement content in a healthy form, which is in line with the construction and promotion of socialist spiritual civilization. The requirements of the excellent traditional culture of the Chinese nation.

The content of this advertisement is too exaggerated, and many are just personal subjective judgments, lacking scientificity and rigor, and are likely to lead to bad guidance to society, especially young people, and go against the public order and good customs of society.

In addition, some netizens revealed that if “Li Bai is alive”, a gas station would definitely not accept it, because its name is “Du Fu, come on.” What do you think about this kind of propaganda? 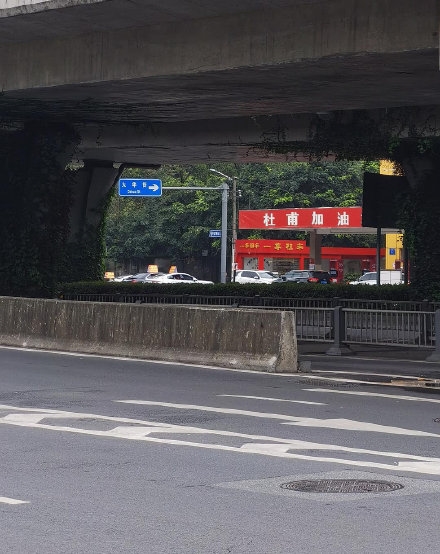 News | Renren video film and television dramas were almost emptied, the official response stated that some of the content was removed due to technological upgrades_Original_Technology Channel Home_Finance Network-CAIJING.COM.CN

Amyloidosis, here is the drug cocktail that can fight it

Colombia, the most sought after ‘narco’ in the...

Farewell to Giovanni Anselmo, the historic butcher of...

[A must-see over the wall]The CCP officially broke...

Carry forward the spirit of the Long March,...

Carry forward the spirit of the Long March,...