On October 1, local time, the 2020 Dubai World Expo officially opened, and the China Pavilion named “China Light” welcomed many tourists after its opening. Visitors can experience the sense of science and technology in the interaction, but also feel the strong Chinese culture. What kind of Chinese elements are there in the museum? Let’s take a look together.

As soon as they enter the door, visitors will be able to see a re-engraved version of “A Thousand Miles of Rivers and Mountains” by Wang Ximeng, a painter from the Northern Song Dynasty. This painting is a masterpiece of green landscape painting. The harmonious coexistence of man and nature in the painting not only embodies the traditional idea of ​​”the harmony between man and nature”, but also presents the eternal charm of green water, green mountains and green development. 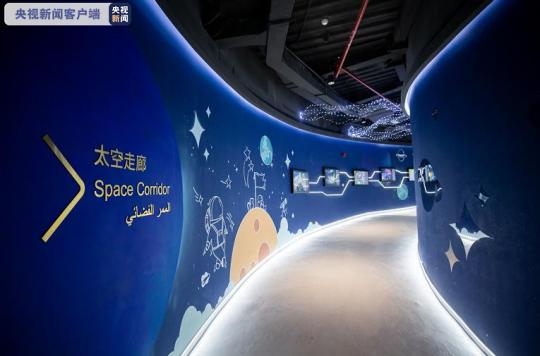 In the space corridor is a long painting exhibition area, where 144 paintings on the theme of “the universe in the eyes of teenagers” are displayed in the exhibition area. Linglong pagodas, Chang’e flying to the moon, awning boats carrying pandas…Little painters express their understanding and knowledge of the universe with unlimited imagination. The childlike paintings also bring traditional Chinese culture to tourists. Right now.

This wall of Chinese characters composed of different fonts such as official script, seal script, regular script, etc., is full of poems that everyone is familiar with. “Knowing each other has no distance, thousands of miles are neighbors.” “Dapeng rises with the wind and soars up to 90,000 miles in a day.” Not only the Chinese feel cordial, but many foreign faces are excited to take photos with these beautiful Chinese characters.

See also  Over half of the National Day holiday, 199 tourist attractions in Beijing received 7.711 million tourists

An Egyptian tourist said that Chinese characters are too beautiful, and he likes Chinese things and Chinese culture very much.

If there are tourists who want to learn Chinese easily and happily, the wisdom education exhibition will definitely meet his requirements. On this platform, everyone can follow the system to learn simple Chinese phrases and sentences.

A Pakistani tourist said that he likes this software for learning Chinese very much. Chinese will become a world language. He was deeply impressed by this software.

After learning Chinese, let’s take a look at the Chinese mortise and tenon process. Between tenon and tenon, it is not only a connection method between components, but also contains the unique and exquisite creation concept and wisdom of the Chinese nation. 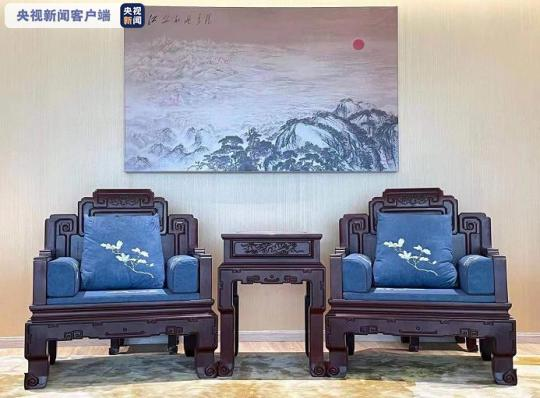 This is the first time in the history of the National Pavilion of the World Expo that the intangible heritage of Chinese classical furniture has been exhibited. The “Four Gentlemen”, “Songfeng” and “Tongdao”, these furniture not only have Chinese characteristics in their names, but the craftsmanship and the architectural elements used in the China Pavilion are also traditional mortises.卯 structure. 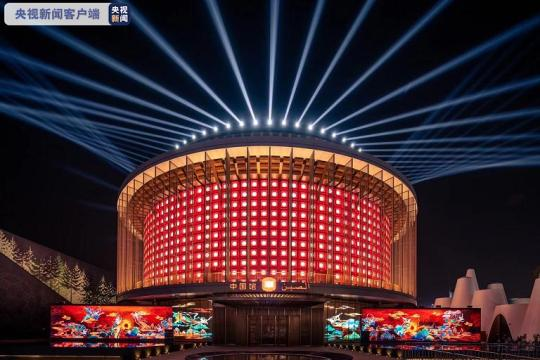 However, the “Light of China” that best reflects the Chinese characteristics is the traditional red lantern, which symbolizes auspiciousness and happiness.

Zhang Shenfeng, the general representative of the Chinese government at the Dubai World Expo and vice president of the China Council for the Promotion of International Trade, said that the China Pavilion looks like a luxurious lantern from a distance, which means that countries all over the world gather and communicate on the Expo platform to jointly pursue prosperity and brightness.

See also  Bebe Vio, Roberto Mancini, Oscar Farinetti: starting from the formation to give impetus to the country

Former U.S. President Trump applies for an injunction in a Florida court to request Twitter to restore his account-Social-Microblog

Nations League in the sights of Italy

A thousand places at risk between former Ceramics...

Inner Mongolia strives to transfer most tourists out...

Cdm at the start, maneuver worth 30 billion....