On the evening of August 3, Minquan County, Shangqiu, Henan Province adopted stricter control measures due to the escalation of the local epidemic, and decided to assign codes to all personnel (red codes for high-risk areas, and yellow codes for medium-risk areas). This coercive measure has aroused public attention. After follow-up reports by the media, the official newly released situation statement claimed to have made corrections, explaining the original code assignment motive as “to ensure that the epidemic risk does not spill over and ensure that the nucleic acid testing of all employees does not leak. one person”.

Related reading: First Finance | Burst! A county town in Henan assigns red and yellow codes to all personnel! Leaving will also be assigned a code?

@China Daily:[Henan Minquan County assigns red and yellow codes to all personnel? Local release notes]On August 3, in order to ensure that the risk of the epidemic did not spill over and that no one was missed in the nucleic acid testing of all staff, Minquan County continued to manage the townships, offices and static management of the county’s medium and high risk (village, community) locations. Personnel leaving the jurisdiction were temporarily assigned codes. After the city prevention and control headquarters discovered this situation, it immediately corrected. In the next step, the Municipal Prevention and Control Headquarters will further strengthen the overall planning of the city’s epidemic prevention and control work, strictly follow the requirements of the “New Coronavirus Pneumonia Prevention and Control Plan (Ninth Edition)”, and go all out to do a good job in epidemic prevention and control! 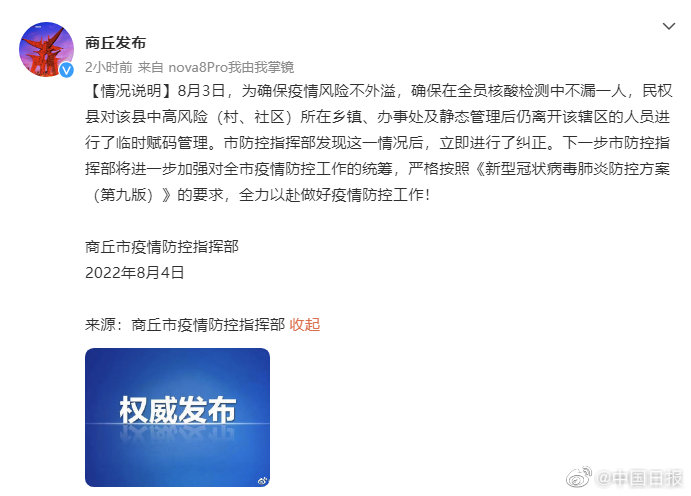 At present, a large number of netizens have posted “malicious comments” in the @SohuNews comment area to ridicule Minquan County of Henan for once again abusing its administrative power and undermining the credibility of the health code system.

See also  Montalto, car hits cyclist on state road 26: it is serious for the Cto

In the comment area of ​​the news posted by the official account @shangqiu, there are many accounts whose IPs belong to Henan Province who frequently publish “land-washing remarks”, which are suspected to be the official navy.

In June 2022, several depositors who made deposits in several village banks in Henan reported that they came to Zhengzhou, Kaifeng and other places to try to withdraw money offline one after another because they could not withdraw their deposits. However, after arriving, the health code was assigned a red code, which hindered normal travel. On June 22, the official announced the results of the investigation and accountability of the “depositor red code” incident: a total of 1,317 village and town bank depositors were assigned red codes, of which 446 were assigned to the Zhengshao site code and 871 were not present. Zheng Dan was given a red code by scanning the Zhengzhou site code sent by others, and a number of relevant responsible persons were given administrative sanctions, but no one was criminally held accountable.

The following are excerpts from the comments of netizens by the editor of China Digital Times:

The prairie eagle Liu matchmaker: The reason why this kind of thing is repeatedly banned is because it is rarely held accountable.

Tang Sanzang’s Binding Curse: It was found that the relevant departments in Henan are very good at playing health codes.

I am a machine benevolent: this also has the effect of deterring the masses on the other side.

Leng Yuye 35148: At the same time as correcting~ Do you want to hold the relevant personnel accountable!

Chamin_xx: If you can’t cure foreigners, you can’t be cured.

Efforts to self-examination and positive 2022: The health code has really become a magical tool, carrying the laziness and laziness of government in many places.

Big Pink King Puppy: Henan really understands how to play with the electronic fetters, and refuses to express even the slightest apology.

Lynch: Correction. Who cares to be wrong again without the pain of the cost, it’s an abuse of power. It is inappropriate to say that the people in the prison will not correct it, but the fact has already happened, and they must bear the corresponding responsibility.

menkedamon: As a local government, can you improve the level of governance and not do such obviously wrong things, especially in today’s developed Internet?

SilentSean: Officials from Shangqiu, which other province have you seen epidemic control in such a one-size-fits-all manner that all staff are given red codes? ?

Sunset of the Empire of Sunrise, River and Flowers: You Henan are cattle B, and the health code has nothing to do with health. You can change the color of what you say! This is an illegal act, a violation of central policies and regulations, and a violation of human rights!

Let’s talk about the truth: Are the county party secretary and county magistrate also red codes?

Junjun’s Territory: Too ironic, it is suggested that this county be renamed.

Attack of the Dragon Warrior: The power is not restricted, and you can experience its arrogance and violence.

I am Ma Bond: just lock each person in handcuffs at home.

monsun_dezember: Henan health code and nucleic acid can be used to play.

AlexMarlowe412: Who gave the power to do this? OMG!

All 3 and 4: The extreme epidemic prevention movement will be nailed to the pillar of shame like wg.

Daming Zuo Fudu Censor: China does not need the rule of law now? With the endorsement of epidemic prevention, can you wantonly trample on the law?

The No. 1 Great Doctor in the Universe: It’s the most fun to deal with your own people!

The world is so big and I still want to see it again: after reading the report, you will have an illusion that all this is a large-scale experiment on “control”.

JoLuka: Is it yards or shackles?

Klofsa: If you don’t make trouble online, it will become normal again.

Shen Qisan: Taiwanese, please wait for me. After liberation, all of you will be given red codes.

My psychiatrist has a neurosis: Down with Pelosi!

DDDDDDDDDDDDDing: If you can’t seal American planes, can you still seal the common people?

I saw it against the light: I just commented on the unreasonable status quo of isolation, and I was sent a private message. 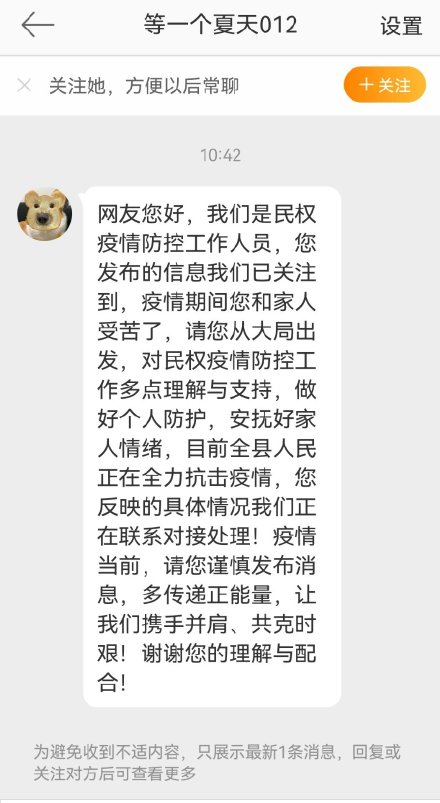 when they come out and where to find them

Investors, inflation and war have brought down optimism to pandemic start levels

They fill their backpack with alcohol in a...

Virus in Gallipoli: the alarm on Tik Tok...