Original title: Representatives of the 13th Beijing Municipal Party Congress report to the epidemic prevention measures without contact and barrier-free

On June 25, at the press center of the 13th Congress of the Communist Party of China in Beijing, the staff of the epidemic prevention and control and medical security team of the conference were sampling nucleic acid from the environment.Photo by Beijing News reporter Li Muyi

On June 25, at the press center of the 13th Congress of the Communist Party of China in Beijing, the staff of the epidemic prevention and control and medical security team of the conference were sampling nucleic acid from the environment.Photo by Beijing News reporter Li Muyi

During the epidemic prevention and control period, every representative needs to complete such a “three-piece set” in the check-in hall. Epidemic prevention and control is reflected in many details in the check-in hall. Next to each automatic check-in machine, two bottles of hand sanitizer are neatly placed; on a large table outside the check-in area, disinfectant wipes are placed , disposable sanitary gloves, masks and other anti-epidemic items are available for delegates to take at any time. In order to facilitate the delegates to go through the formalities as soon as possible, the staff will put the room card and attendance card code of each delegate in advance. Nucleic acid testing points are arranged on the left and right sides of the hall to facilitate dispersed and orderly testing.

On June 25, representatives of the 13th Beijing Municipal Congress of the Communist Party of China reported on the scene, and the representatives scanned the code for nucleic acid testing.Photo by Beijing News reporter Li Muyi

At two o’clock in the afternoon, at the reporting site, the reporter saw Zhong Dongbo, the representative of the 13th Municipal Party Congress and Secretary of the Party Committee of the Beijing Municipal Health Commission. 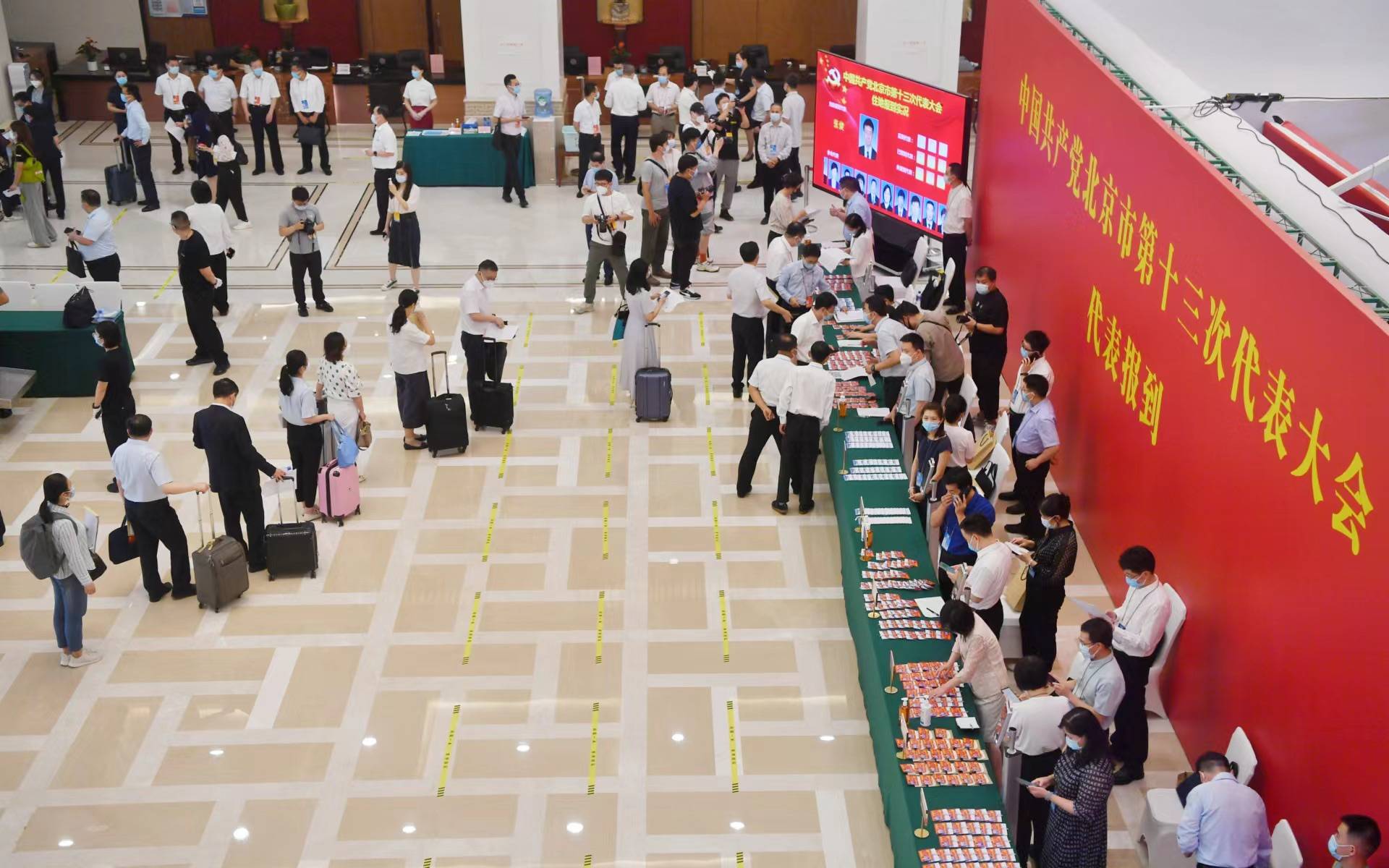 On June 25, before the report of the representative of the 13th Beijing Congress of the Communist Party of China, the staff was sorting out the representative’s documents.Photo by Beijing News reporter Li Muyi

On both sides of the check-in hall, nucleic acid sampling personnel from Anzhen Hospital and Chaoyang Hospital are already in place.

At about 2:45 pm, the party representatives of the 20th regiment arrived at the registration hall by bus. “You first check in at the check-in machine, and then choose one of the nucleic acid testing points on both sides of the hall to complete the test.” The staff guided the representatives to complete the corresponding check-in process, and the work of the medical staff was also busy. 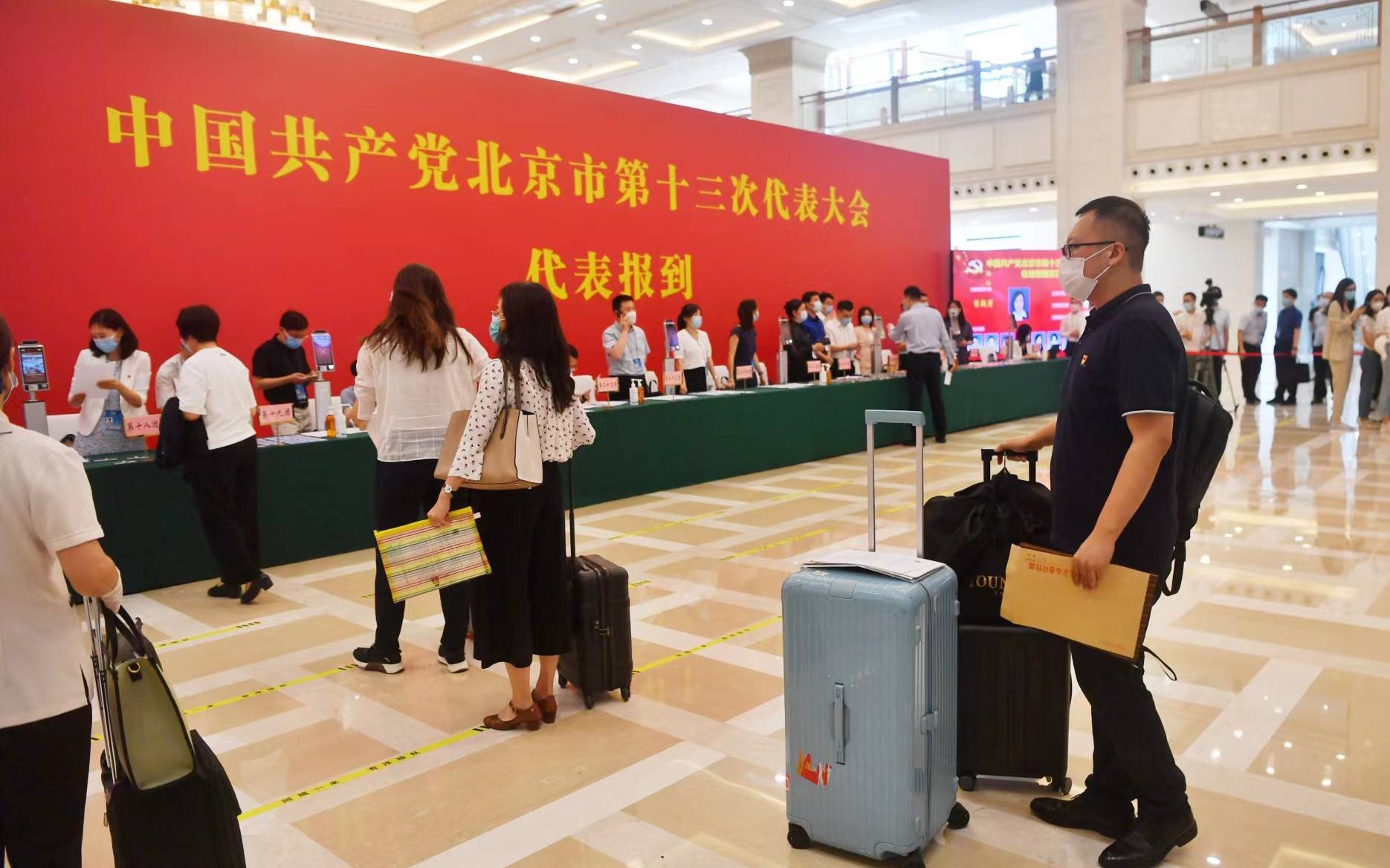 On June 25, representatives of the 13th Beijing Municipal Congress of the Communist Party of China reported on the scene, and the representatives lined up to report at a safe distance.Photo by Beijing News reporter Li Muyi

See also  Strive to prevent, control and organize the Winter Olympics in a state of sprinting | Athletes_Sina Finance

“Our journey is very smooth, no contact, no obstacles, and the epidemic prevention measures of the conference are ‘smooth all the way’.” Gao Xia, a party representative and deputy director of the Institute of Analysis and Testing of the Beijing Academy of Science and Technology, sighed. She said that this is the third time she has participated in the party congress, and she is still very excited. She feels the rapid development of Beijing in the past five years, the construction of the city’s sub-center is changing with each passing day, and the city’s appearance is completely new. As a staff member in the field of science and technology, she this year Paying attention to the country and the policies of technological innovation and technological development in Beijing, this time, I am also very concerned about the layout of advanced resource industries.

Zhang Geping, Secretary of the Party Committee and Director of Beijing Customs, was the first to participate in the Party Congress and felt very honored. She spoke highly of the anti-epidemic measures taken at the meeting. “It is very convenient, just like our customs clearance.” Zhang Geping said that he must bring back the spirit of this party congress and resolutely implement it to welcome the victory of the party’s 20th National Congress. Looking back on the development of the past five years, Zhang Geping lamented that the construction of Beijing’s “Four Centers” has achieved rapid development in all aspects, especially in the field of foreign trade. “I think it is a comprehensive and sustainable rapid development. “.

See also  The New Year's Day and the Spring Festival are approaching the risk of spreading the epidemic!Kexing isolates Omi Kiron strain

At the G7 summit in Germany, leaders take off their jackets: “Unbeatable democracies”

Car crashes into a cliff in the mountains,...

Smart working without extensions, we return to agreements...

Cuorgnè, all on vacation except the hooligans Sports...

Courmayeur’s nightmare without water: tourists on the run...

The province carries out nucleic acid testing and...

The Eastern Theater will continue to conduct practical...