Home News The drought in the Yangtze River is urgent, and Poyang Lake shrinks by 3/4 in two months? | Yangtze River | Reservoir_Sina News
News

Liu Weiping, Vice Minister of the Ministry of Water Resources, said at a press conference on August 17 that the drought situation in the Yangtze River Basin is developing rapidly, and the 6 provinces (cities) of Sichuan, Chongqing, Hubei, Hunan, Jiangxi and Anhui have an area of ​​12.32 million mu of arable land, 830,000 people, 16 Thousands of large livestock were affected by the drought.

The Yangtze River is in emergency

Poyang Lake, located in Jiangxi Province, is one of the main tributaries of the middle and lower reaches of the Yangtze River. In July 2020, a large-scale flood occurred here, and the water level exceeded the warning line by 19.5 meters, the highest level in history, causing more than 9.5 million people to be affected.

However, this year, due to the continuous high temperature and little rainfall, Poyang Lake entered the dry season ahead of schedule.

According to the report of the Jiangxi Provincial Emergency Management Department, at 2:00 on August 6, the water level of the Poyang Lake representative station Xingzi Station retreated to 11.99 meters, marking the entry of Poyang Lake into a dry season, 100 meters ahead of the record since 1951 (the average time from 1951 to 2002). sky. 2022 will be the earliest year for Poyang Lake to enter the dry season on record.

According to the press conference of the Ministry of Water Resources on August 17, the current water levels of the main stream of the Yangtze River, Dongting Lake, and Poyang Lake are 4.85-6.13 meters lower than the same period of the previous year, the lowest since the measured record. The surface area of ​​Dongting Lake and Poyang Lake decreased by 3/4 compared with June. 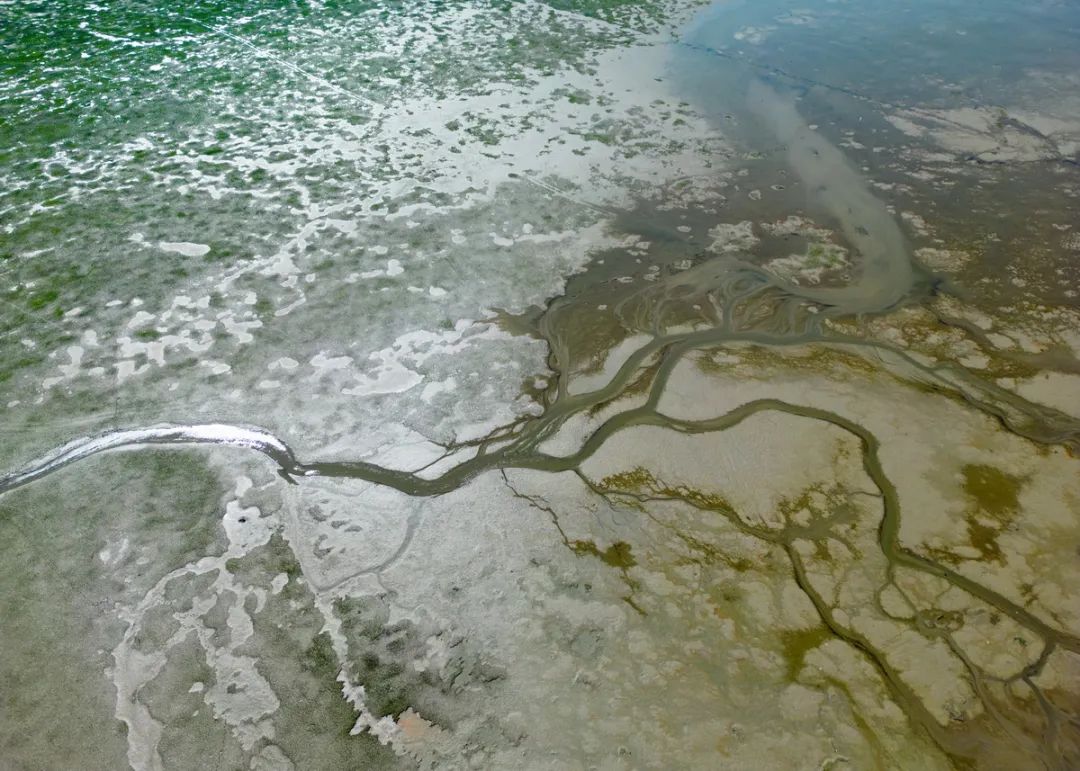 On August 8, 2022, the beach of Poyang Lake is exposed in Jiujiang, Jiangxi.

The surging news reporters compiled the water level data of the four water level stations in the Yangtze River (Chongqing, Hankou, Yichang, Nanjing) in the past two months and the same period last year, and found that the overall water level has decreased compared with last year. 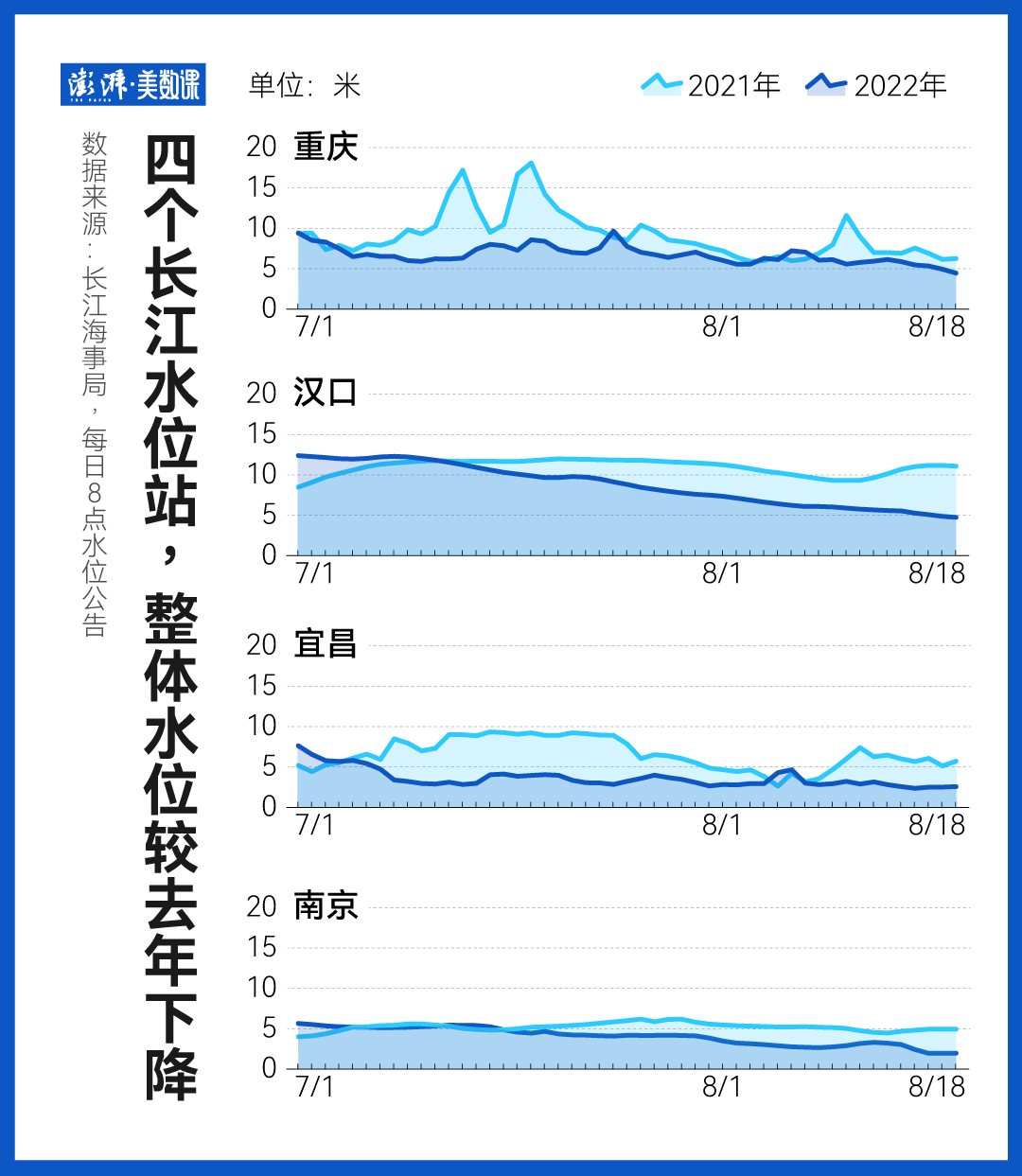 Every July and August are the flood seasons in our country. At present, the country as a whole maintains a situation of drought in the south and flood in the north. 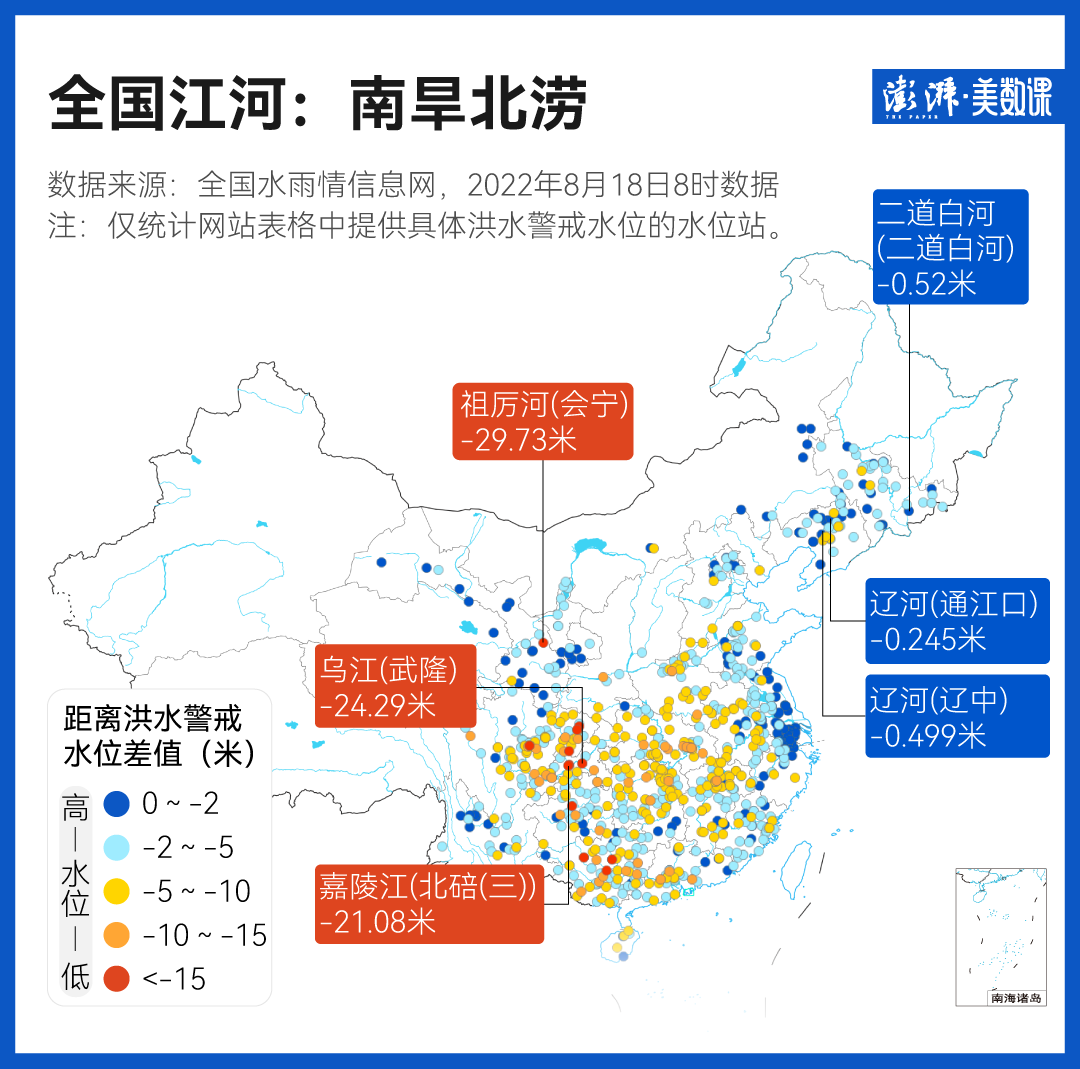 Why is there a drought in the Yangtze River Basin this year, which is rare in the same period for many years?

The Wuhan Flood Control and Drought Relief Headquarters once explained that this is because the rainfall in the Yangtze River Basin is significantly less, the inflow of water from the upper reaches is reduced, and the continuous high temperature leads to an increase in evaporation.

Judging from the national temperature anomaly map of the China Meteorological Administration, in the past 10 days, the Yangtze River Basin has generally warmed by 4-6 degrees compared with the average of previous years. 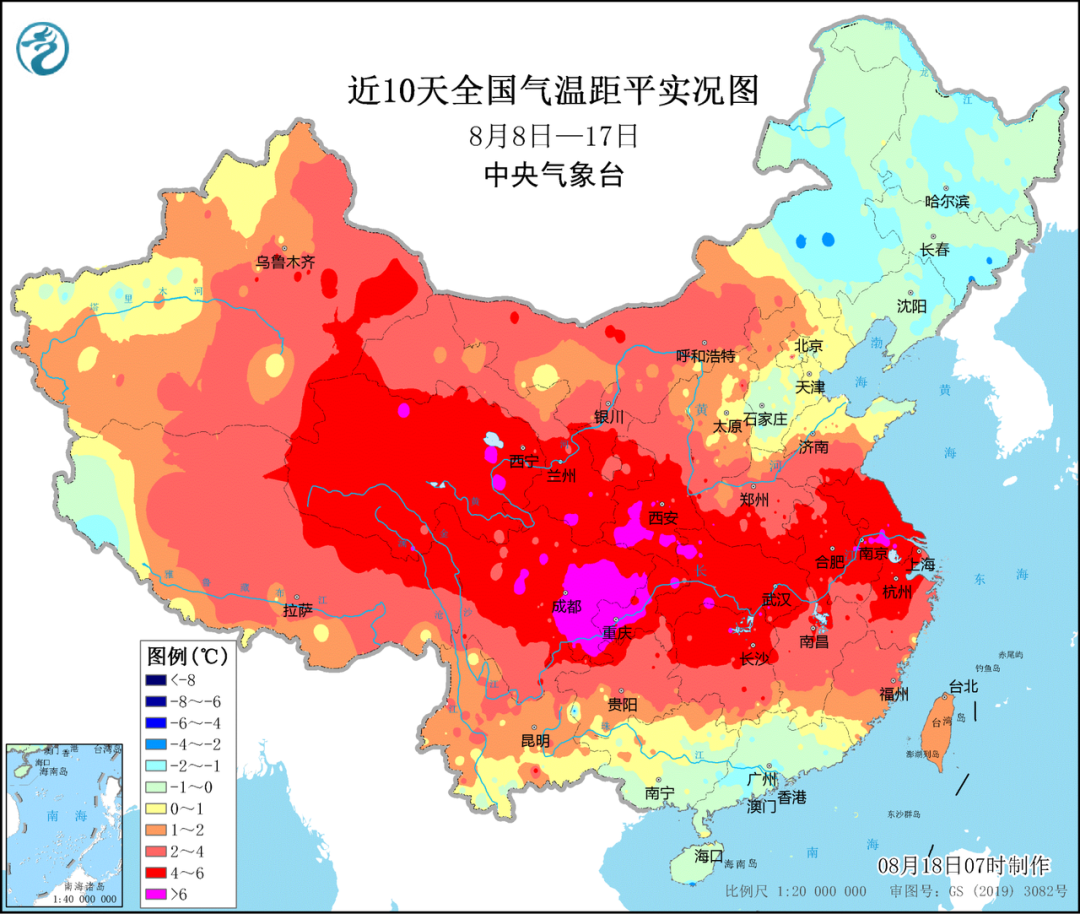 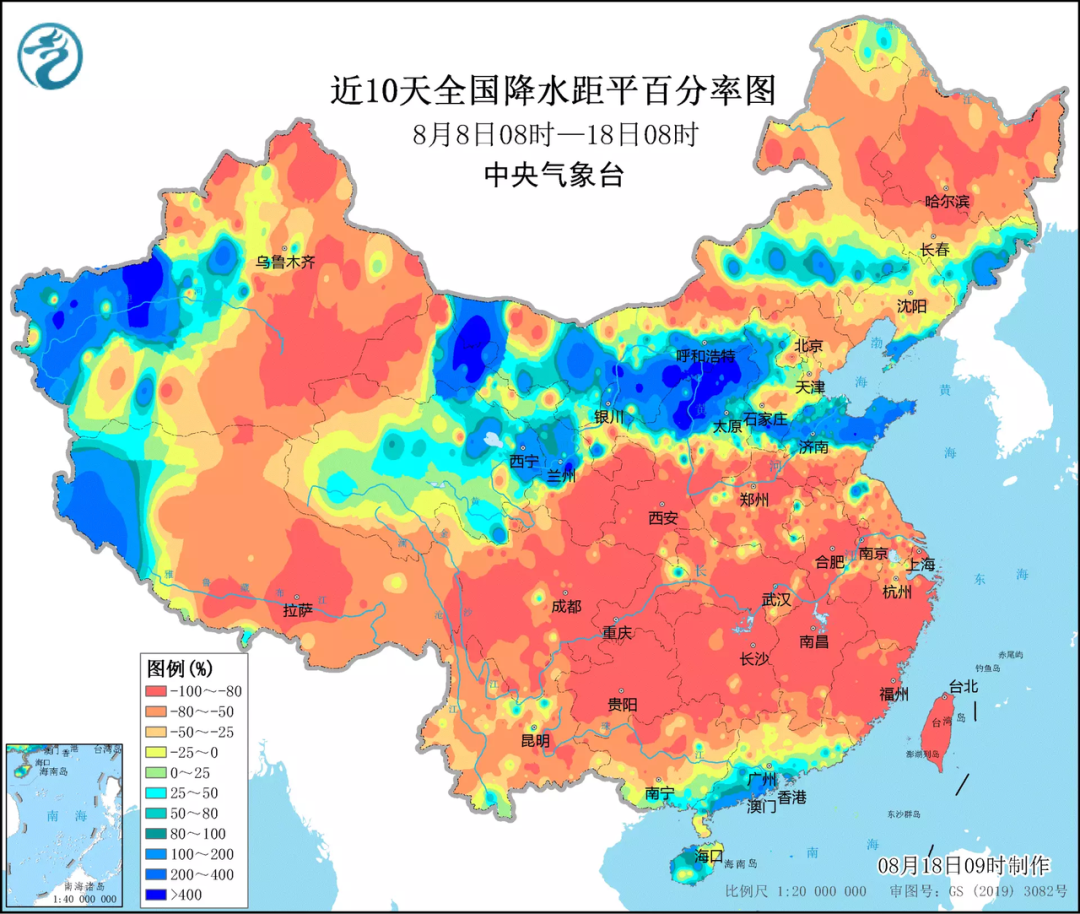 Since 12:00 on August 16, the Ministry of Water Resources has implemented the “Special Action for Joint Operation of Reservoir Groups in the Yangtze River Basin for Drought Relief and Water Supply”, dispatching the cascade reservoir group in the upper reaches of the Yangtze River with the Three Gorges Reservoir as the core, and the “Four Waters” Reservoirs of Dongting Lake and Xiangziyuanli. Qun, Poyang Lake, Jiangxi, Fuxin and Rao Xiu, the “Five Rivers” reservoir group increased the outflow flow to replenish water for the downstream, and planned to replenish 1.48 billion cubic meters of water.

Try it: The best handwriting tablet is called reMarkable 2

With the participation of a vallenata actress, they...

Hydrocarbon companies speak out for blockades in Rubiales...

The 10 curious facts of ‘Ugly Betty’

They offer a reward for the murder of...