Original title: 20 years after fleeing, the main criminal who shocked the country was repatriated

According to the website of the State Supervision Commission of the Central Commission for Discipline Inspection, on November 14, under the coordination of the International Office of the Central Anti-Corruption Coordination Group, and the joint efforts of relevant departments and the Guangdong Provincial Supervisory Authority, Xu Guojun, a criminal suspect who fled for 20 years Was forcibly repatriated.

On October 12, 2001, the Bank of China unified 1,040 computer centers across the country into a system, and found that the account had a deficit of US$483 million in Kaiping, Guangdong. At this time, Xu Chaofan, Yu Zhendong, and Xu Guojun, the three former presidents of the Kaiping Sub-branch of Bank of China, suddenly disappeared. The three fled to Hong Kong, China, then flew to Canada, and then transferred to the final destination, the United States.

The Kaiping branch case of Bank of China that shocked the whole country is considered to beThe largest bank corruption case in New China.

Relevant Chinese departments are actively carrying out international judicial law enforcement cooperation, and persevering in the pursuit of fugitives and stolen goods,Yu Zhendong and Xu Chaofan were deported back to the country in 2004 and 2018 respectively. The case handling agency and Bank of China have recovered more than 2 billion yuan of illicit money involved in the case from inside and outside the country. 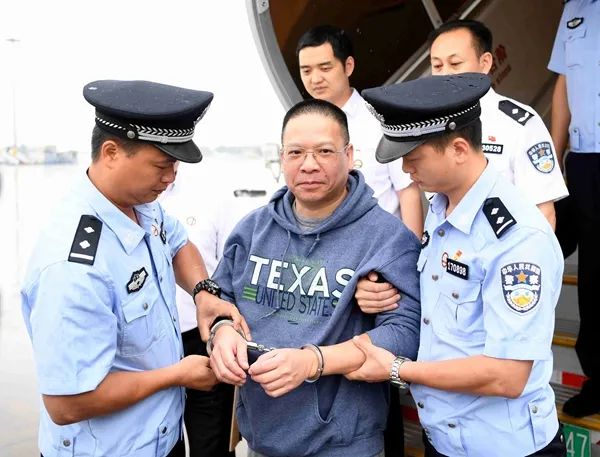 On March 31, 2006, the Jiangmen City Intermediate People’s Court sentenced Yu Zhendong to 12 years’ imprisonment for corruption and misappropriation of public funds, and confiscated personal property of RMB 1 million; recovered the money and property involved in the case and illegal income, and refunded the victims and the victims. Handed over to the national treasury.

On October 13, 2021, the Jiangmen Intermediate People’s Court sentenced Xu Chaofan to 13 years in prison on two counts of embezzlement and misappropriation of public funds, and fined RMB 2 million; the stolen money obtained from the crime was recovered.

In addition, the other two people involved in the case, Kwong Wanfang and Lai Mingmin, have also returned to China. In September 2015, Kwong Wanfang (Xu Chaofan’s wife) was forcibly repatriated by the United States and escorted back to Guangdong; June 22, 2018, ” One hundred Hongtong personnel “Lai Mingmin (former president of Bank of China Jiangmen Branch) returned to China to surrender the case and returned the stolen goods voluntarily.

The person in charge of the Central Escape Pursuit Office pointed out that Xu Guojun’s involvement in the case was particularly huge. He fled with fear of crime and was stubbornly resisting. The impact was very bad. His return to the case marked the achievement of major achievements in the Kaiping sub-branch case after 20 years of fleeing and recovering stolen goods. Where and how long they hide, they cannot escape legal sanctions.

The person in charge of the Central Office of Fleeing Pursuits stated that we have the will and determination to chase after fleeing to the end. We will continue to increase the efforts of the anti-corruption international to pursue fleeing and recover stolen goods, and we will never let corrupt elements get away with impunity.

The myth of the old Panda 4×4 continues. The idea of ​​Garage Italia

The consumption of new year goods is more...

Mattarella on Memorial Day: “Fighting every germ of...

Uniforms of deportees and leaflets on the Holocaust,...

Sedico, overwhelmed and killed on a bike

Memories of a Pandemic (Photos)