The third desert road through Taklimakan: Weiqi Desert Road will open to traffic tomorrow – IT and Traffic – cnBeta.COM

The Taklimakan Desert is the second largest mobile desert in the world, known as the “Sea of ​​Death”. There is no water, no electricity, no signal, and no vegetation, birds and beasts. Not long ago, the Tian-Ruoqiang Railway (He-Ruo Railway) was officially opened, marking the establishment of the world‘s first desert railway ring line in my country, which formed a 2,712-kilometer-long ring line around the Taklimakan Desert.

According to @Xinhua News,The Weiqi Desert Highway passing through Taklimakan will also be officially opened to traffic on June 30. This is the third road to cross the “Sea of ​​Death” after the two desert roads of Luntai-Minfeng and Aksu-Alar-Hotian.

According to data, the Yuqi Desert Highway connects Yuli County and Qiemo County, and is located in the Tarim Basin between the southern slope of the Tianshan Mountains and the northern foothills of the Altun Mountains.Passing through the hinterland of the Taklimakan Desert, the total length is about 333 kilometers, of which the desert section is about 300 kilometers.

This is also the desert road with the longest mileage, the widest distribution of mobile sand dunes, the worst construction conditions and the most difficult construction in the world. 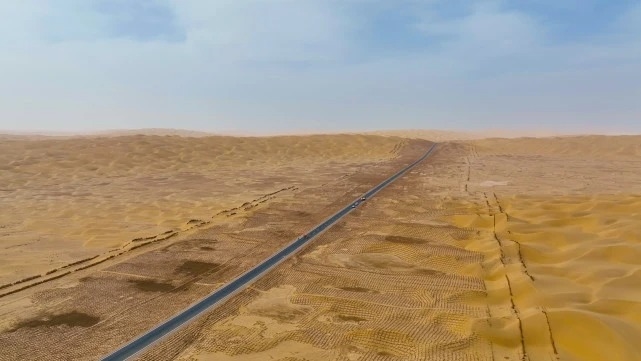 There are more than 30 tall sandy mountains in the area that this desert highway passes through. The highest sandy mountain is more than 100 meters high, which is equivalent to the height of a 30-story building. At the same time, there are nearly 30 depressions between the hills, with a maximum length of 12 kilometers.

After the opening to traffic, the distance from Qiemo to Korla will be shortened by 280 kilometers, and the driving time will also be shortened from 12 hours to 6 hours.

Milan, agreement with the sponsor: 30 million per season and “naming right” of the center of the youth sector and of the women’s team

Sebastian Galassi was the name of the dead...

Milan, hit with slaps, punches and kicks: a...

Gas crisis, winter without a contract for thousands...

Ivrea, Barda is the new president of the...

Know, tell and taste the cheeses in the...