Home News The total amount of intentional transactions is about 790 million US dollars, and the Xuhui trading group has achieved a lot at the CIIE – Teller Report Teller Report
News

The total amount of intentional transactions is about 790 million US dollars, and the Xuhui trading group has achieved a lot at the CIIE – Teller Report Teller Report

The total amount of intentional transactions is about 790 million US dollars, and the Xuhui trading group has achieved a lot at the CIIEFly into the homes of ordinary people

Xinmin Evening News (Reporter Yuan Wei) At the just-concluded 5th China International Import Expo, the Xuhui trading group gained a lot. The transaction scale and the number of purchases exceeded the previous ones, and the total intended transaction amount was about 790 million US dollars.

Caption: The transaction scale and purchase quantity of Xuhui transaction sub-groups exceeded those of previous Xuhui District (the same below) 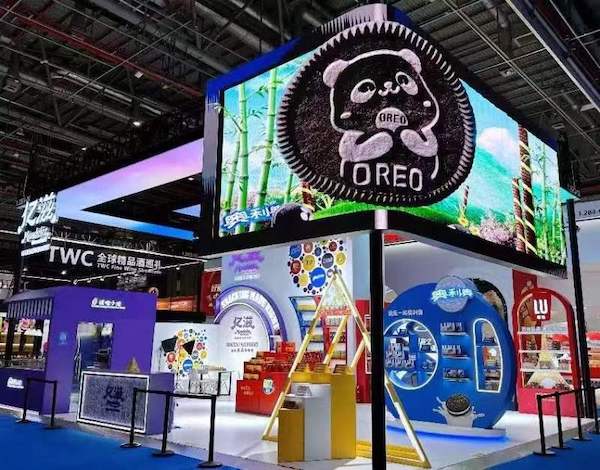 At the CIIE, exhibitors deeply felt the “China speed” of “exhibits becoming commodities”, and achieved great results. Johnson & Johnson leveraged the “acceleration” of the CIIE to promote the accelerated implementation of innovative medical products and solutions and 14 successful cases of high-quality medical resources benefiting everyone. The newly established “exhibitor-to-investor” zone in Hall 6.2 of this year’s CIIE is exciting The debut covers three aspects: the implementation of innovative achievements, the increase in local investment, and the co-construction of innovative ecology. During the CIIE last year, 3M announced an investment of tens of millions of RMB to set up a semiconductor grinding disc production line in the Suzhou factory, which has achieved mass production in early 2022. After it is put into use, it will form a joint force with 3M’s semiconductor R&D laboratory in Shanghai to help China. Semiconductor industry customers receive more complete local supply chain support.

The CIIE has also won new important partners for enterprises. Merck’s star product under development “Anti-Coronavirus Oral Drug Monoprevir” was unveiled at this year’s CIIE. Prior to this, Merck and China National Pharmaceutical Group Co., Ltd. jointly announced the signing of a cooperation framework agreement, and Merck granted Sinopharm the distribution rights and exclusive import rights of monoravir jointly developed by it and Ridgeback. At the CIIE, Lesaffre signed contracts with a number of domestic high-quality enterprises to enrich the diet of the Chinese people with more high-quality, healthy and delicious food. Mondelez officially signed a strategic partnership with Fonterra, a world-renowned dairy product exporter, to jointly explore the baking field.

The CIIE is also an important stage for the company’s first exhibition and launch of multiple technologies and solutions. LEGO brought five new products for the first launch at this CIIE, creatively interpreting traditional Chinese culture. In addition to the global debut of the new BRUKSVARA series, IKEA once again brought the FÖSSTA series launched to celebrate the Chinese Lunar Year of the Rabbit and launched it in Asia this year. China, co-create with China” commitment. 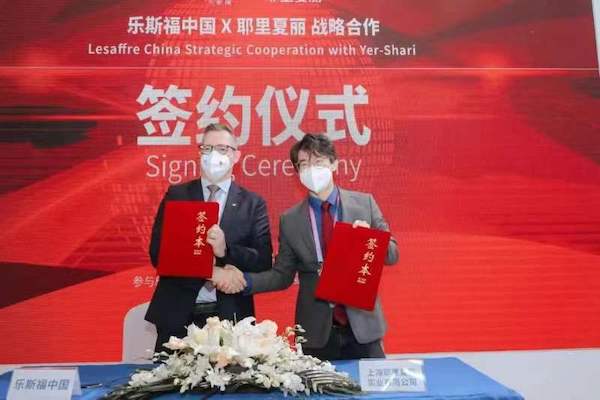 In recent years, Xuhui District has continued to improve its level of export-oriented economy, actively introduced regional headquarters of multinational companies and foreign R&D centers, and the economic agglomeration effect of headquarters has been significantly enhanced. There are 111 regional headquarters of multinational companies and 30 foreign-funded R&D centers in the region. The number of foreign-funded headquarters institutions ranks first in the central city. Xuhui District has continued to do a good job in the service guarantee of the CIIE, and actively organized enterprises to participate in the exhibition. The cumulative intentional transaction volume of the Xuhui trading subgroups of the previous four CIIEs reached US$1.434 billion, and the execution rate exceeded 90%.

Since the beginning of this year, in the face of a series of unexpected factors at home and abroad, the foreign investment work in Xuhui District has risen to the challenge, and the regional foreign investment economy has achieved contrarian growth, which is better than expected. As of the end of October, the utilization of foreign capital has maintained a good momentum. There are 90 new foreign investment projects and 57 capital increase projects in the region; the actual utilization of foreign capital is 1.002 billion US dollars, a year-on-year increase of 26%. From January to October, 11 new regional headquarters of multinational companies were established, a year-on-year increase of 37%. At the end of August this year, the Xuhui District Government and Corning Display Group signed a strategic cooperation framework agreement, indicating that the second global headquarters in Shanghai and the first global headquarters in Xuhui District will be born soon, and the foreign-related economic contribution will be further enhanced. On November 6, Xuhui District Mayor Zhong Xiaoyong attended the “2022 Shanghai City Promotion Conference” with the theme of “Embrace the Expo and Share the Future”. On behalf of the Xuhui District Government, Zhong Xiaoyong signed the contract with Atakan Bozkurt, Chief Executive Officer of the Chief Shared Service Center of Burger King (China) Investment Co., Ltd. Burger King (China) Investment Co., Ltd. has increased its capital by US$100 million, which is mainly used for brand enhancement, digital upgrade, renewal of existing stores, opening of new stores, etc. It will present a new LOGO, decoration style and image of employees, and will also launch a new menu and consumer experience.

In the next stage, Xuhui District will closely focus on the “five-oriented economy and four new tracks”, seize new opportunities for medium and long-term development, and strive to achieve high-quality and sustainable development of foreign trade. Taking the high-level headquarters-based economy as a breakthrough, vigorously develop advantageous industrial clusters, in the key industrial chains and supply chains of “automobiles, mobile phones” and “chips, tablets”, and give full play to foreign-funded enterprises in information technology, materials, chemicals, intelligent manufacturing, etc. advantages, and create a more competitive and influential industrial cluster. At the same time, strive to make breakthroughs in the fields of digital economy, metaverse, green and low-carbon, and service trade. Combined with the construction of a demonstration zone in a world-class consumer center city, explore the opening of the “first launch-first store-headquarters” landing chain, promote more headquarters-type and functional institutions to settle in Xuhui, and continue to undertake the spillover effect of the CIIE.

Covid and flu, Minister Schillaci: “Shortly launching a campaign on the importance of vaccines”

Zhu Xian, Vice Chairman and Secretary-General of the...

The abolition of the religious police is not...

The pediatrician to parents: “Stop being alarmed, the...

A boulder falls on the road and blocks...