Home News The tropical depression in the South China Sea will affect the high temperature weather in South China, Xinjiang, Huanghuai, Jianghan and other places
News

The tropical depression in the South China Sea will affect the high temperature weather in South China, Xinjiang, Huanghuai, Jianghan and other places

China News Service, June 30. According to the website of the Central Meteorological Observatory, around July 2, due to the influence of the tropical cyclone system, there will be relatively heavy wind and rain in southern my country and its southern waters. Heavy to heavy rain, some areas have heavy rain or extra heavy rain. It is expected that in the next 10 days, the maximum temperature in Xinjiang, western Inner Mongolia and other places will exceed 35 ℃ for 3-5 days, and the duration in some areas of Xinjiang will exceed 7 days. Jianghan, Jianghuai and other places have high humidity and feel sultry.

Around July 2, due to the influence of the tropical cyclone system, there will be relatively heavy winds and rains in southern my country and its southern waters. There will be heavy to heavy rains in Guangxi, the southern coast of Guangdong, and Hainan Island, and some areas will have heavy or extremely heavy rains.

See also  Hammered in bursts on the windshields: ten cars of the Post Office in Conegliano vandalized

From July 2 to 5, there were many showers in the northeastern part of the Northwest, North China, western Huanghuai, Jianghuai and Northeast China.

High temperature weather in Xinjiang, Huanghuai, Jianghan and other places

It is estimated that in the next 10 days, the maximum temperature in Xinjiang, western Inner Mongolia, Gansu, Guanzhong Plain and other places will exceed 35 ℃ for 3-5 days, and some areas in Xinjiang will last for more than 7 days. There is no large-scale sustained high temperature in the central and eastern regions. Jianghan, Jianghuai, Jiangnan, and South China have relatively high humidity and feel sultry.

See also  The grassroots cadres and the masses in Hangzhou earnestly study, publicize and implement the spirit of the Sixth Plenary Session of the 19th Central Committee of the Party, take the exam and be good responders-Hangzhou News Center-Hangzhou Net

It is estimated that during the daytime on June 30, there will be 35 in the northern and southern Xinjiang basins in Xinjiang, northwestern Inner Mongolia, Guanzhong in Shaanxi, central and eastern Sichuan, most of Chongqing, western Hubei, northwestern Hunan, southern and northeastern Jiangxi, and northern Guangdong. High temperature weather of ~36°C, among which, the highest temperature in parts of the northern and southern Xinjiang basins, northwestern Inner Mongolia, northeastern Sichuan and other places is 37-39°C, and the local temperature can reach more than 40°C (see Figure 1).Central Meteorological Observatory Continue to publish at 06:00 on June 30 High temperature yellow warning 。

From 08:00 on June 30 to 08:00 on July 1, eastern Jilin, eastern Liaoning, Huanghuai, eastern Jianghuai, northeastern Jiangnan, southern South China, southwestern Guizhou, western and southern Yunnan, central and southern Sichuan Plateau, and southeastern Tibet There are moderate to heavy rains in some areas of other places. Among them, there are local heavy rains (50-80 mm) in southern Shandong, eastern Jiangsu, the northwestern and southern coastal areas of Guangxi, and the coastal areas of southeastern Guangdong. There are 4-6 winds in parts of the Liaodong Peninsula, Shandong Peninsula, eastern Zhejiang and other places (see Figure 2). There will be strong winds of magnitude 6-7 in most of the South China Sea, the Bashi Strait, the eastern and central coasts of Guangdong, the Xisha and Nansha Islands. 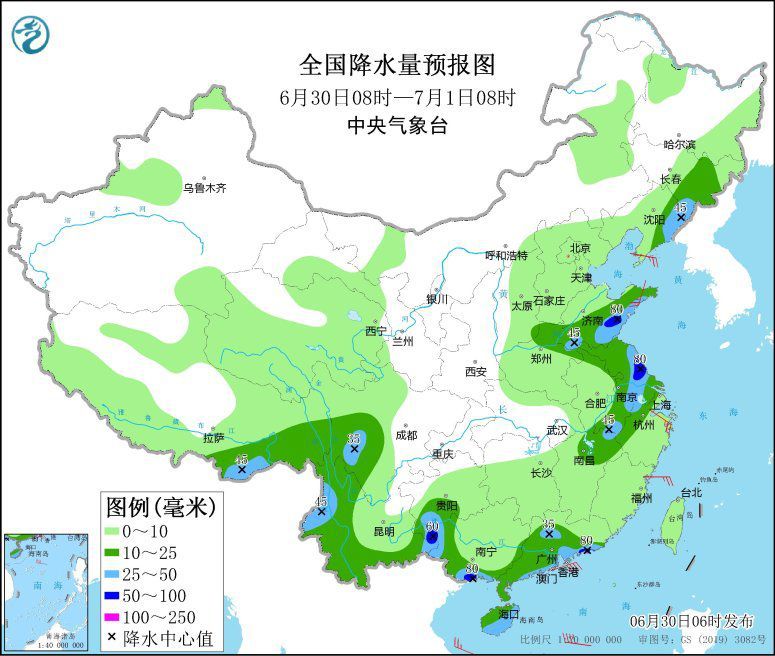 From 08:00 on July 1 to 08:00 on July 2, there were moderate to heavy rains in eastern Jilin, central and eastern Liaoning, Shandong Peninsula, eastern Sichuan Basin, northwestern Guizhou, southern Guangdong coast, Hainan Island, western Yunnan, and southeastern Tibet. Among them, there were heavy rains or heavy rains (100-200 mm) in parts of eastern Liaoning, the southern coast of Guangdong, and Hainan Island. There are winds of magnitude 5 to 6 in parts of the southern Xinjiang Basin and the eastern part of Xinjiang (see Figure 3). In the northwestern part of the South China Sea, there will be northeasterly winds of magnitude 7-8 and gust 9 turning southerly, and in the northeast of the South China Sea there will be southerly winds of magnitude 7-8, gust 9 reduced to 6-7 and gust 8. 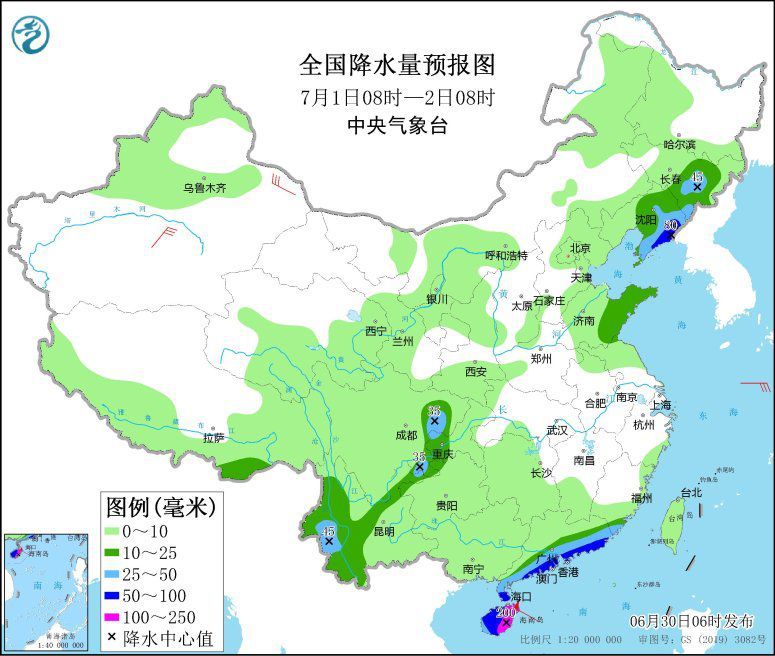 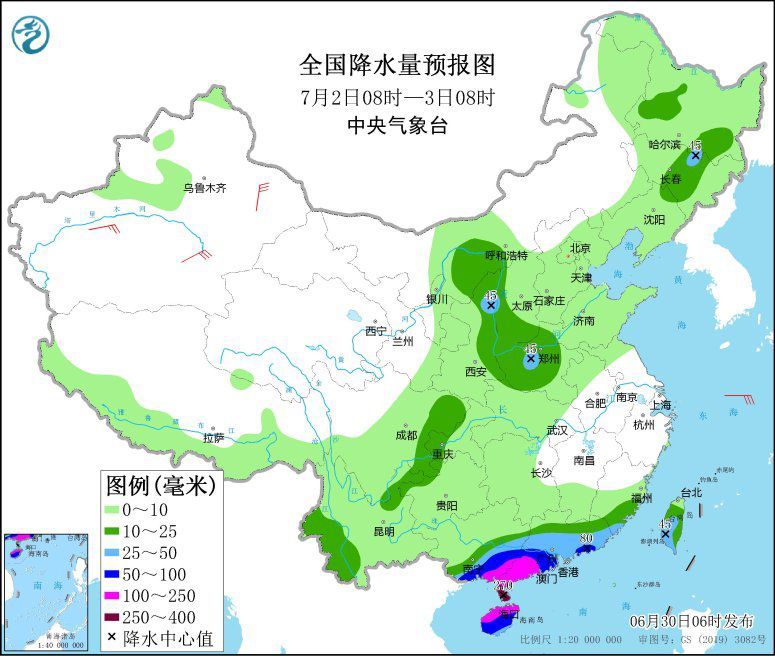 “The Way Love Should Be” hits Lai Kuanlin: Yang Ying is especially good at taking care of people jqknews

Wimbledon, Cocciaretto ko All the Italians out. Raducanu eliminated

The CCP’s sanctions involve only 0.04% of cross-strait...

Defusing the bomb in Codroipo: the transport of...

Caluso, saves the harvest: “The rain was useful”

Massacre of young people in Godega, the mayor...