Home News The white-bellied harrier who flew with an arrow for 9 days was rescued: a national second-class protected animal, and persevered by eating bird eggs – Latest News – cnBeta.COM
News

The white-bellied harrier who flew with an arrow for 9 days was rescued: a national second-class protected animal, and persevered by eating bird eggs – Latest News – cnBeta.COM

On April 19, a white-bellied harrier, a national second-class protected animal, was found in the Hutuo Wetland in Shijiazhuang, Hebei Province. It was shot with an arrow and flew with a 1-meter-long sharp arrow.After the photo was posted, it attracted the attention of netizens across the country. 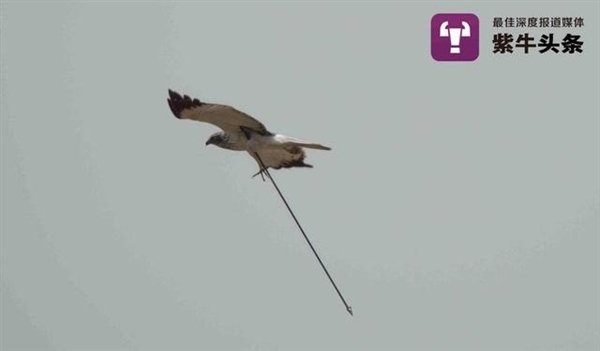 According to @國目新报, the local government of Shijiazhuang attaches great importance to it. The forestry department, public security department, zoo, wildlife rescue station, public welfare organization and other parties have joined forces toAfter 9 days of unremitting efforts, the white-bellied harrier was finally rescued on the afternoon of April 27.

It flew for 9 days with this 1.1-meter long arrow, and it is hard to imagine the pain suffered by the body during this period.

At present, the staff has carried out debridement treatment and feeding on the white-bellied harrier. Now it is in good condition. It is expected that it will be released after about 10 days of rest.

It is reported that the white-bellied harrier is a medium-sized raptor belonging to the genus Harrier of the Eagle family, with a body length of 50-60 cm. The male bird has a white top to the upper back, with broad black-brown longitudinal stripes. The female bird is dark brown, with yellowish-white skin from the top to the back of the neck. Rusty vertical stripes.

Generally inhabit and live in wet and open places such as swamps, reed ponds, rivers and lakes. The white-bellied harrier is a national second-class protected animal, and hunting is suspected of illegal and criminal behavior.

According to speculation, the bow and crossbow that can shoot this arrow can seriously harm birds at a long distance, and most of them are also prohibited items.

That is to say, the archer may have violated multiple laws and regulations, and the nature is bad and must be caught to avoid future troubles.

Not just young people for the BNPL: the installment payment most used by forty-year-olds

Salassa, 150 for the farewell and on Tiziana...

Arsonist caught by the drone. The governor of...

Crash in Le Campe sull’Agordina: a carabiniere and...

The comprehensive group of the joint prevention and...

Pd, here’s what’s in the program: from regasifiers,...