Trapped in the Xinxiang rainstorm: the rescue team can not enter the intermittent power outage signal | Xinxiang City_Sina News

Original title:[Oral]Trapped in the rainstorm in Xinxiang

In Nanyunmen Village, Huqiao Township, Hui County, almost all the houses on the first floor of the village are submerged in water.Photo courtesy of the interviewee

The rainstorm center has been transferred from Zhengzhou City, Henan Province to Xinxiang City and Hebi City.

From 8:00 to 21:00 on July 21, 2021, torrential rains, heavy rains, and local extremely heavy rains occurred in the northwest of Xinxiang City, and the maximum rainfall monitored was 372.2 mm.

At 10:40 on July 22, the Xinxiang City Meteorological Observatory continued to issue a red warning signal for heavy rain. It is expected that in the next three hours, the precipitation in Huixian, northern Xinxiang and northern Weihui will reach more than 100 mm. Heavy precipitation may cause urban waterlogging And mountain geological disasters.

Jiemian News interviewed residents of Xinxiang City and surrounding villages and towns. They told about the disaster situation since the onset of the heavy rain on July 21. Many of them are still asking for help, waiting for rescue. 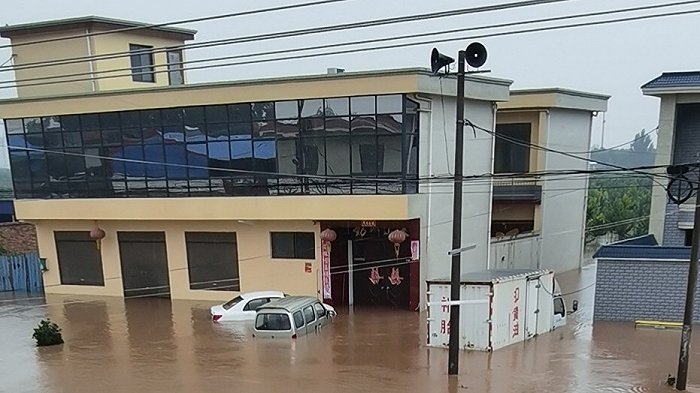 (Optional) Picture of Nanyunmen Village, Huqiao Township, Bahui County. Almost all houses in the village are submerged in water on the first floor.Photo courtesy of the interviewee

I am a nurse at the Second People’s Hospital of Xinxiang City. At 7 o’clock in the evening on July 21, the sky was like a hole opened, and the rain fell steadily.

We live in Hewan Hutong in the old town of Xinxiang City. The whole hutong is only 150 meters long and very narrow, only about two steps wide. The houses in the hutong are mostly brick houses, which are relatively old. The rain fell like this, and after a while, the alley was full of water.

Because of the low terrain, water would accumulate in the hutongs in previous summers, and I was not too worried at the time. But the heavy rain never finished. After dinner, the water had flowed into my room from the alley and soon reached the knee position.

I think I can’t stay on the first floor, I have to take my mother upstairs. We live in an old house. If we want to go up to the second floor, we need to go outside the house, go around the iron stair frame, and go upstairs along the stairs built outside the house.

The water in the hutong has reached the position of my thigh. We wade for about 20 meters, grabbed the stair frame, and went up to the second floor. The rain still keeps going. When I waited around 9 o’clock in the evening, I looked from the window, and the water had risen to the point where the first floor was completely submerged.

Only then did I feel scared. The house is too old and I am afraid that it might collapse at any time. I asked for help on Weibo, hoping to have a kayak to take us out.

Soon after, I received 40 to 50 calls and messages from volunteers. Some were sent from Henan, some from Jiangsu and Jiangxi. Everyone came to ask us about our situation at the time and also helped contact the rescue team.

At that time, I couldn’t hear what the people who came to the rescue said. I only probably remembered that they introduced themselves as the staff of the nearby police station.

They did not bring a lifeboat, and we were finally taken out of the alley by a lifebuoy. The entire hutong is dark, and none of the houses have lights on. Maybe many people moved out before the water rose.

After coming out of the alley, on the health road nearby, the water was knee-deep. We found a hotel on the road. There were no vacancies in it, but we didn’t have the energy to leave, so we just stayed in the lobby of the hotel all night.

Now, there is no water and electricity. After I finish this call with you, my phone should automatically shut down. 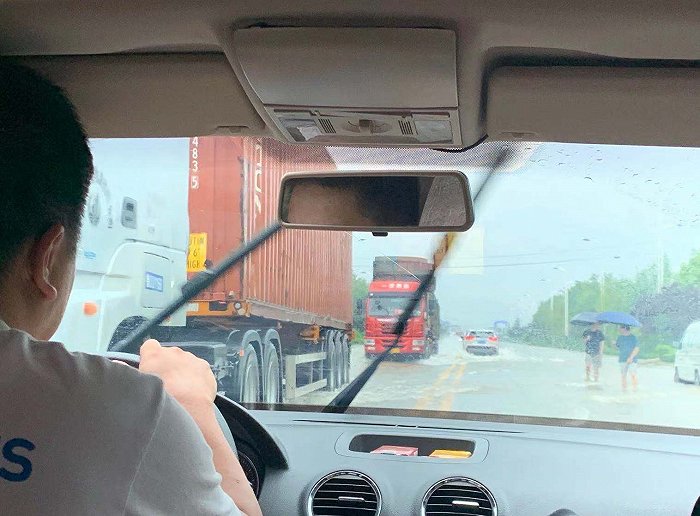 On the east ring of Xinxiang, the water on the 107 National Highway spilled over people’s calves. Photography: Gao Jia.

I am in my 20s and I am a kindergarten teacher in Hui County.

My grandfather is 80 years old this year. He now lives alone in the old house in the village, and the water is overflowing to his knees.

He lives in the village of Nanyunmen Village, Huqiao Township, Hui County. His house is considered to be higher in the village. After coming out of the house, he will pass a slope. Now the water level at the slope is as deep as a person’s neck.

I heard from my grandfather that the village party secretary reminded the villagers last night and this morning. Many people went to the village hall to avoid the water after receiving the notification of the rainstorm, but he did not go. He is old and has a big heart. He never thought that such a big water would come.

Now he can only stay in a house where the water has risen, and I feel distressed when I think about it. I am in Xinxiang city, only a dozen kilometers away from him, but the city is also heavily flooded, water is flooding in underground tunnels, private cars cannot pass, and buses are out of service.

My uncle and grandpa live in the same village, but there is a bridge between the two, and the bridge is also flooded. Uncle cannot walk to grandpa’s house.

My uncle’s son had accumulated more than two meters of water in the factory. Yesterday he went to the factory to check the situation. Now there is no news. He is completely out of contact and his uncle is also in distress.

I called my grandfather just now and felt that his mental state was okay, but now there is no water, electricity or gas at home, and eating has become the biggest problem. The rice and noodles that my grandfather kept in the house were soaked in water. I guess there was nothing to eat this day.

I called our local rescue team, but I couldn’t get through. The situation in Huixian as a whole is not good. They may not be able to take care of a case like my grandfather. And seeing those whose water level is higher than that of my grandfather’s house, I really don’t know if I should trouble the rescue team. 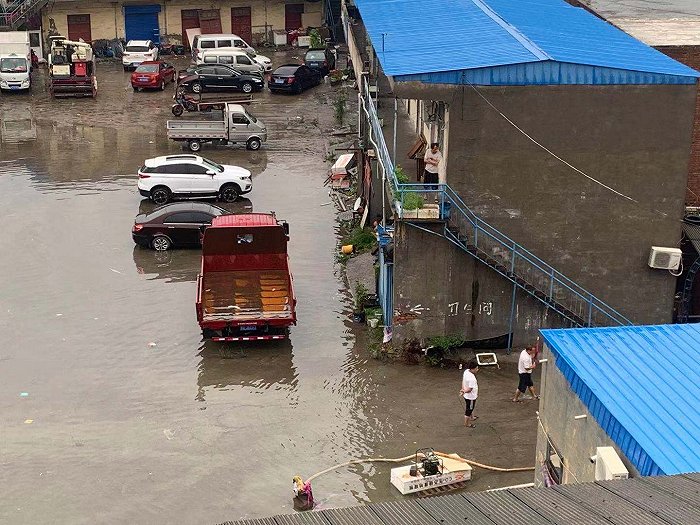 I just graduated from high school and will go to university in September.

Our village is called Xiucaizhuang, which belongs to Fengquan District of Xinxiang City. The water in the village rose at about 10 o’clock this morning.

Our village is considered to be a large village with a population of nearly 10,000 and more than 6,600 mu of arable land. Because it is located in the Taihang Mountain alluvial plain, there are surrounding villages and embankments.

This morning, the dam was swept open. In only two or three hours, the first floor of the house in the village was completely submerged, and the road surface is now nearly two meters deep.

People in the village gathered together, and those with low-rise houses or low-floor houses would go to neighbors’ houses for temporary shelter.

There are more than 20 people in our family, of which there are 7 or 8 children. The young ones are still in kindergarten and the older ones are in middle school. There are also three elderly people, one of whom is sick and bedridden, unable to take care of himself.

Now, the rain here hasn’t stopped, and the current on the street is still very urgent. Maybe because of getting together, everyone has no emotional problems, and can talk and laugh without being nervous. But also because there are so many people together, the food at home can last at most two days.

The village has no water and electricity, and the signal is intermittent. My friend helped me contact the local rescue team. One rescue team replied that they don’t have kayaks and can’t make it at the moment. Other rescue teams said they need to wait.

At around two o’clock in the afternoon, I received a message from a volunteer saying that there may be three motorboats that can enter the village to carry people, but the news has not been confirmed yet.

I am holding the iron shovel, and I am about to scoop out the stagnant water in the house. Although it may not be effective, there is nothing else I can do now.

“Only by investing in new technologies will Europe preserve strategic autonomy”

Beijing in the bubble of the virus and...

Terror in via Miniere in Ivrea: the villa...

The Winter Olympics swear to “repay the leader...

To achieve the “four always” to promote the...

Ivrea, accommodation is on fire in Piazza Pistoni,...